Is this Sydney’s most delicious boutique stay?

WARNING: Super deliciousness ahead. Do not read this review while hungry.

Veriu Central is a cool new Sydney boutique hotel on the edge of Surry Hills, just near Central Station. The location is fantastic – dawdling (or stumbling) distance from some of Sydney’s best bars and restaurants, including NOMAD, The Soda Factory, and a little place called Oxford Street.

The hotel itself is housed in the heritage-listed (and newly converted) Wentworth House, and its recent makeover has amped up the Wentworth’s unique vintage charm. It has a lift, but due to its historic original design, there are some split-level spaces which could be tricky for peeps with mobility issues. If you need an accessible room or bathroom, make sure you pop a note in “Special requests” section when you’re booking.

We stay in a Botanic Balcony Queen Room, with a little balcony overlooking the city hustle and bustle. The room is cosy, but expertly laid out, making the most of the space. And it’s pretty darn cute 😉 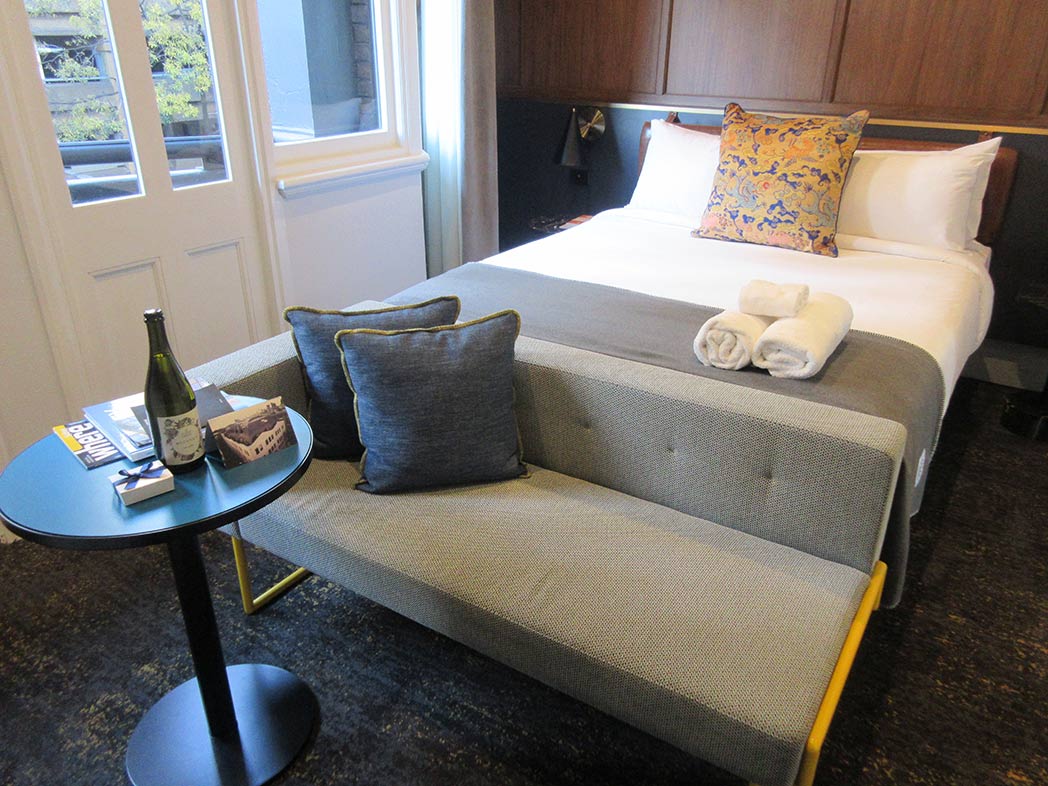 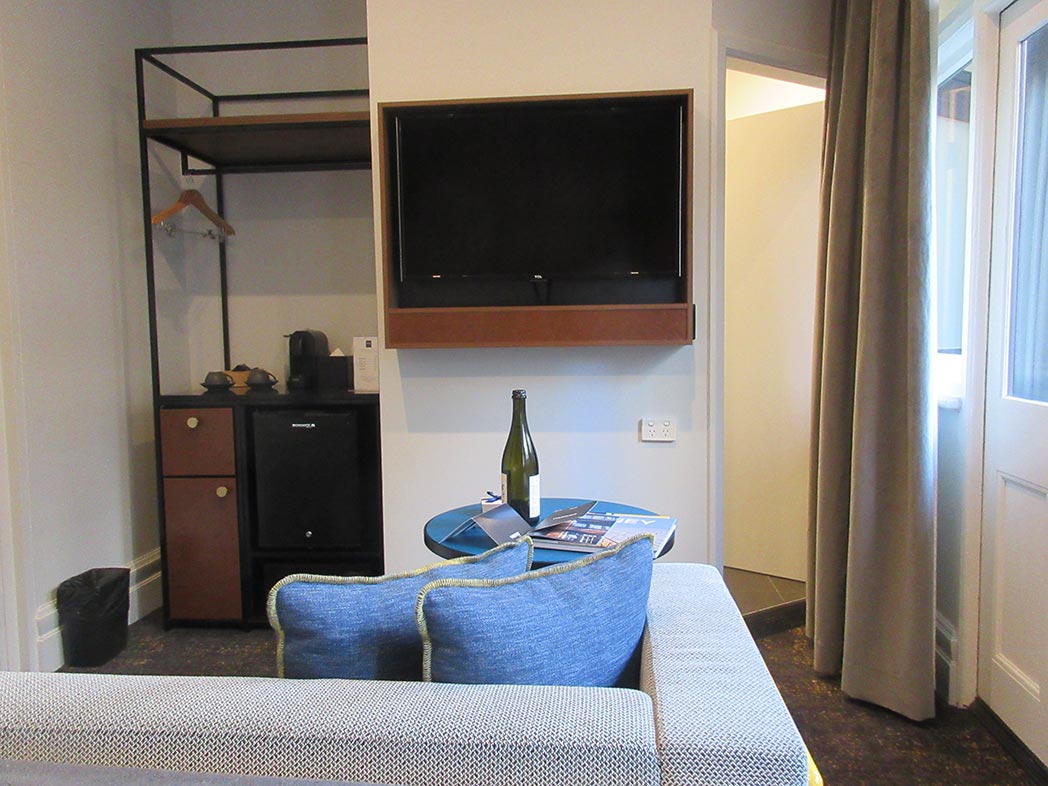 A bed’s-eye view. Note the sneaky bathroom tucked in behind the TV. 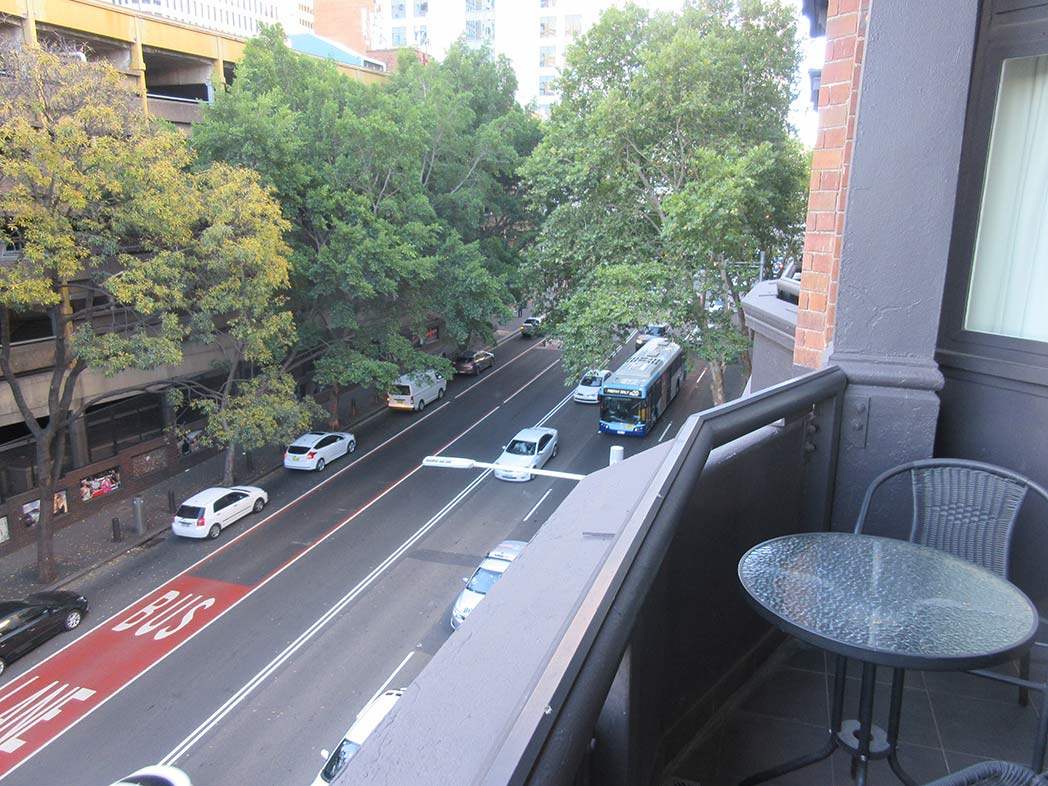 Our small, but welcome, outdoor space.

Despite being on a major road and across the street from Sydney’s busiest train lines, Veriu Central is surprisingly – almost shockingly – quiet. We have a great night’s sleep… at least, until 6am the next morning, when summer sunshine comes streaming through the giant balcony windows. Which is great if you’re an early bird who likes to wake up sans alarm, but not so great if you’re a night owl like me who thinks mornings are the devil. Sleep-in pro tip: Close the curtains.

Hands down, the best part of a stay at Veriu Central is the dangerously easy access to some of Sydney’s best food and drink. It all starts with Veriu’s own Central Dining precinct. Here are five of its tastiest treats

Veriu Central’s friendly, helpful staff quickly check us in and give us the lay of the land. They also surprise us with fresh-squeezed juice – a refreshing mix of orange, carrot, and pineapple served over ice. It’s a little thing, but first impressions count – especially when they’re delicious. 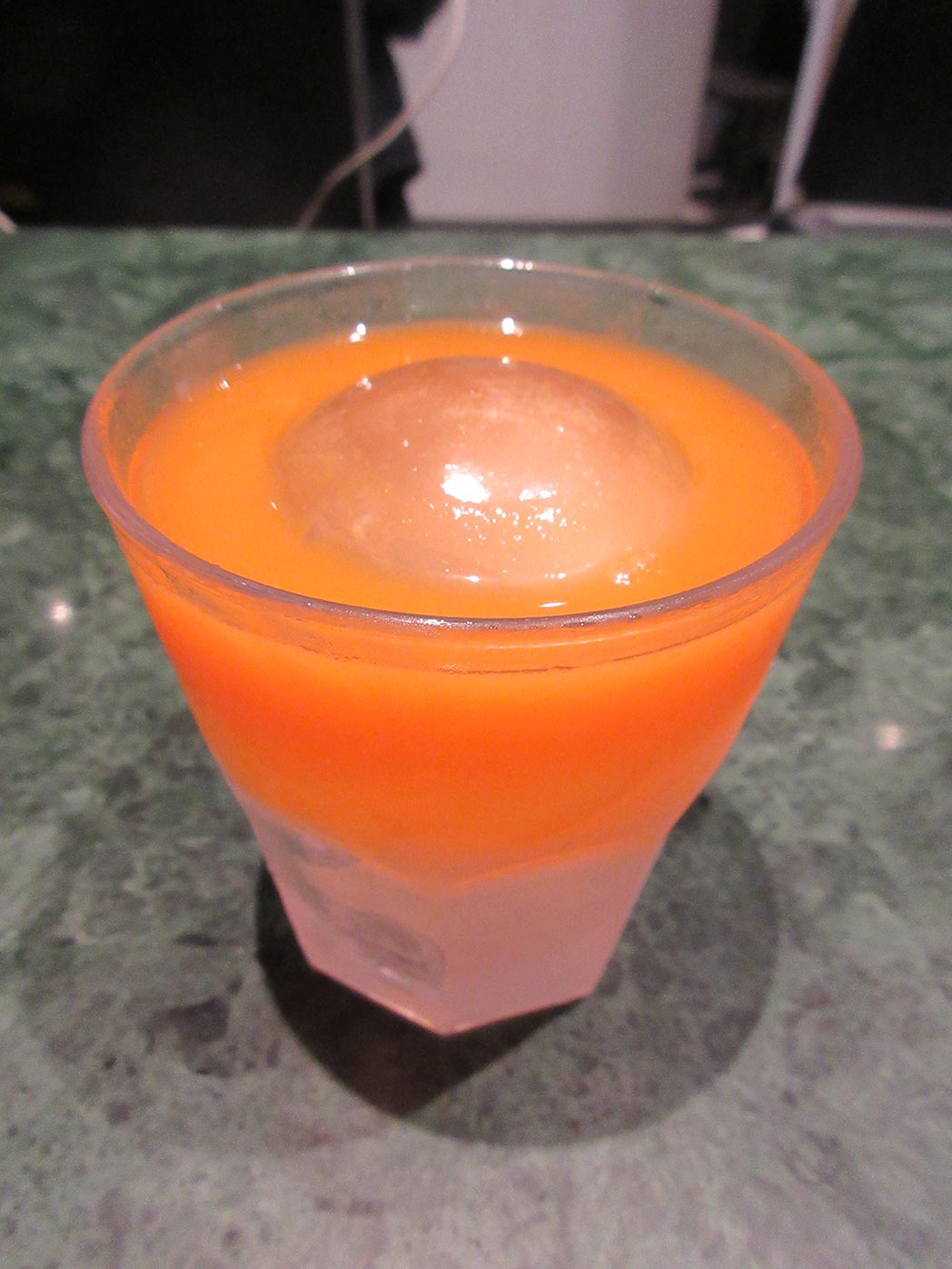 Next to the check-in desk is a door leading out to a grungy courtyard decorated with colourful laundry and neon signs. At first, I think it’s the hotel bar, but it’s something even more exciting. It’s Harry’s Singapore Chilli Crab – a Sydney foodie institution. 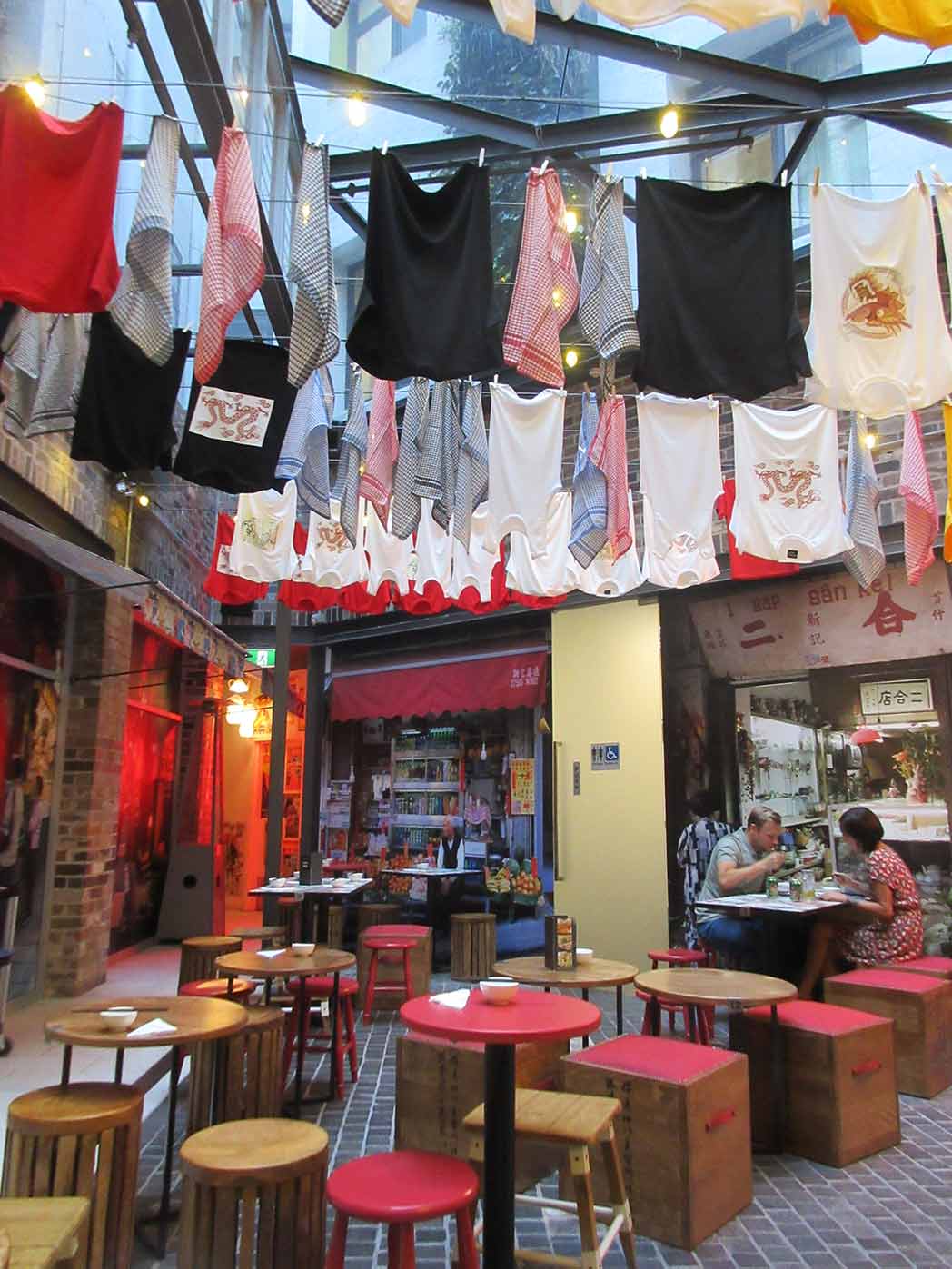 For over 30 years, Harry’s has been serving up delicious South Asian cuisine, taking its name (and fame) from its wide range of mud crab dishes. We stop in for a Singapore Sling before dinner and eye the menu hungrily. If we didn’t have a dinner booking elsewhere, we’d be all over it.

Checking out Veriu Central for @lastminutecomau (and road testing the Singapore Sling at Harry's Singapore Chilli Crab). It's a hard job, but somebody's gotta do it.

We have dinner at Nel, handily located in the Veriu Central Bunker, and all I can say is… WOW! One of Sydney’s most exciting restaurants, Nel creates surprising and exquisite eight-course degustations that showcase some of Australia’s best seasonal produce. Our menu is themed around Australian summer/British winter, and includes an edible (at least, I hope it’s edible) candle made from chicken fat and bone marrow, and a savoury marshmallow hors d’oeuvre served in a bonsai tree.

From edible candles (at least, I hope it was edible) to bonsai trees with tasty food parcels, Nel is pretty spectacular 😍

Rounded off with matching wines and an optional cheese course (but is cheese ever really optional?), a night at Nel is an event unto itself. Best of all, they cater to all dietary needs, including vegetarian, vegan, gluten-free, and lactose intolerance. Just give them a heads-up when you make your booking.

Brekkie is the most important meal of the day, especially when you’re on holiday. Veriu Central do it right by teaming up with Basket Brothers, a chilled-out café just two doors down from the hotel. The set menu for Veriu guests includes the classic bacon-and-eggs and egg-and-mushrooms combos, as well as a tempting mango and guava bircher muesli (with rhubarb compote, pumpkin seeds, and fresh fruit). But we can’t resist the French toast with dark chocolate, mascarpone, maple syrup, and strawberries. You know – something light after our big night at Nel 😉 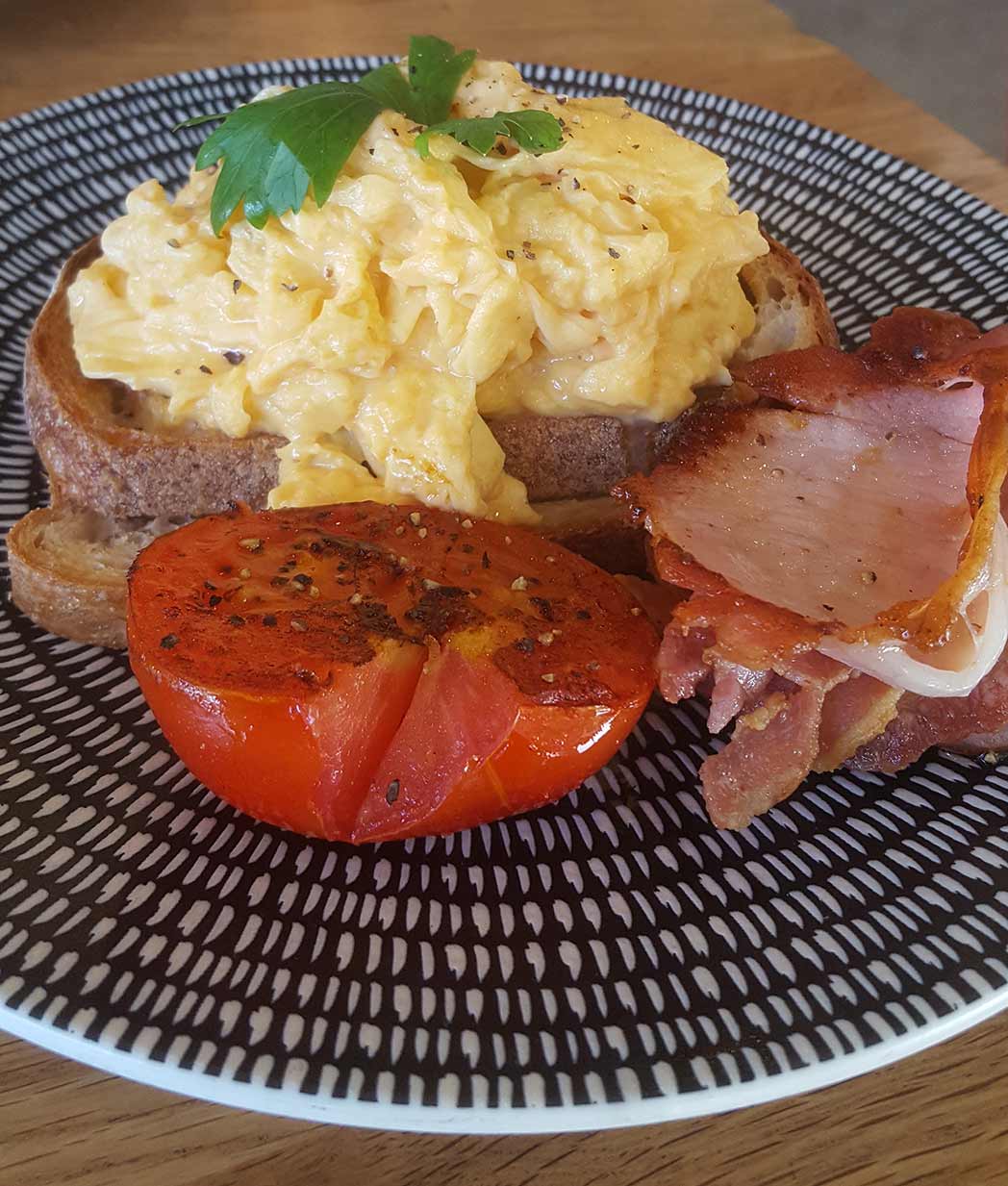 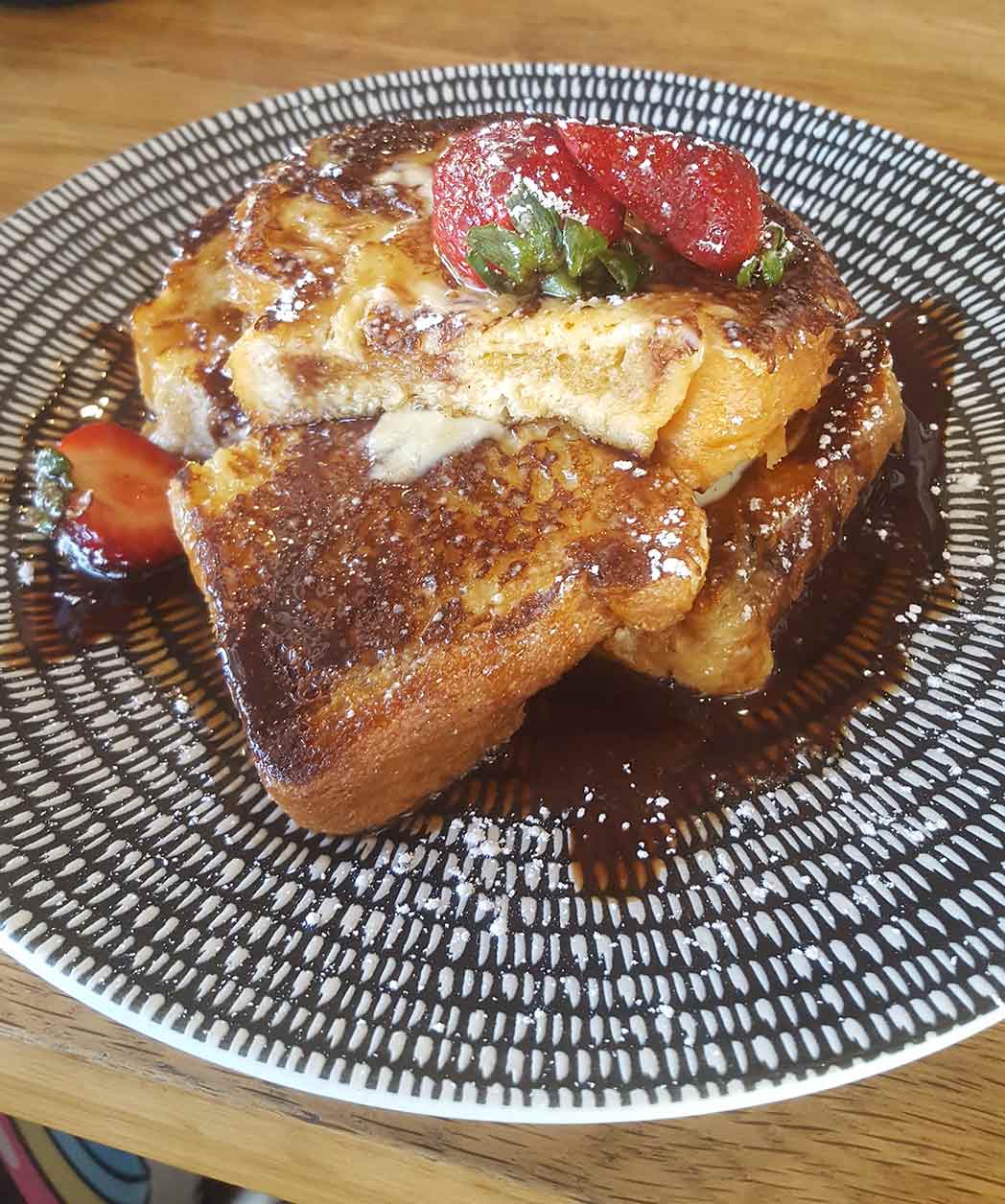 5. Complimentary coffee and pastries every morning

If the two-minute walk down to Basket Brothers seems like a lot of work (the struggle is real), there’s an even easier option. Head to Veriu Central’s lobby, where guests can enjoy complimentary coffee and pastries every day. Yum! 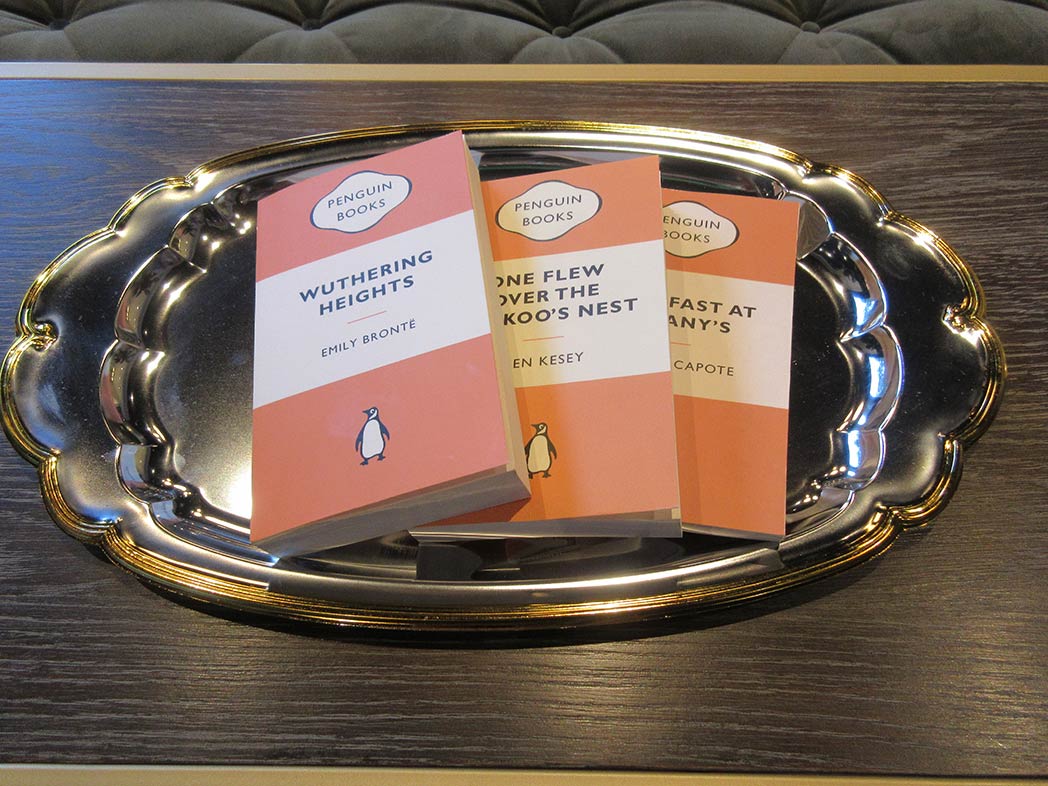 Veriu Central also serves up free books. But, alas, they’re not as tasty as the pastries…

The lobby is also home to Veriu Central’s bar, The Drawing Room, with the hotel’s reception desk doubling as a bar (further proof that Veriu has its priorities right). Between Singapore slings and dinner at Nel, we don’t get a chance to check it out. But from what we’ve seen (and tasted) during our stay, we’d trust the Veriu crew to pour us a tipple. 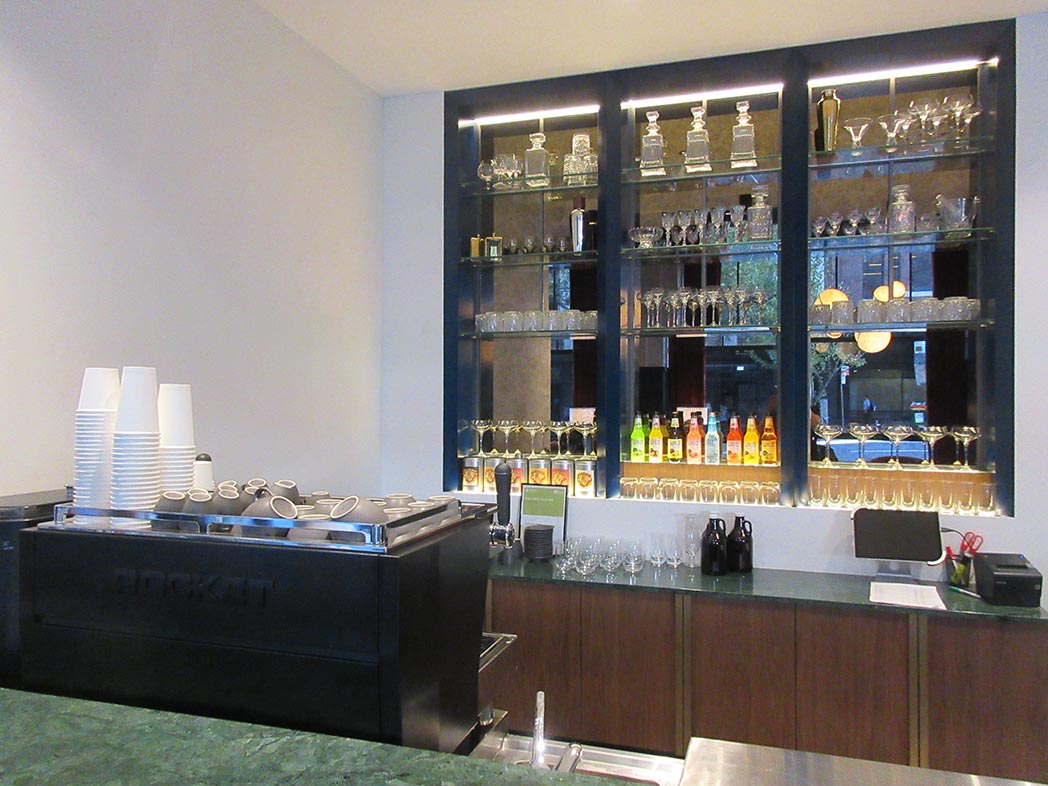 Veriu Central is a winner for singles and couples hungry (see where I’m going with this?) for a taste of Sydney’s dining and nightlife scene (haha!). Check it out for your next Sydney weekender.