Whether you climbed trees as a kid, built a treehouse in the backyard, or carved your crush’s name into a trunk at high school, trees are magical and nostalgic things that have the power to bring out the inner child in all of us. Wake up that adventurous little person and get ready to experience some of the most amazing treetop hotels around the world. 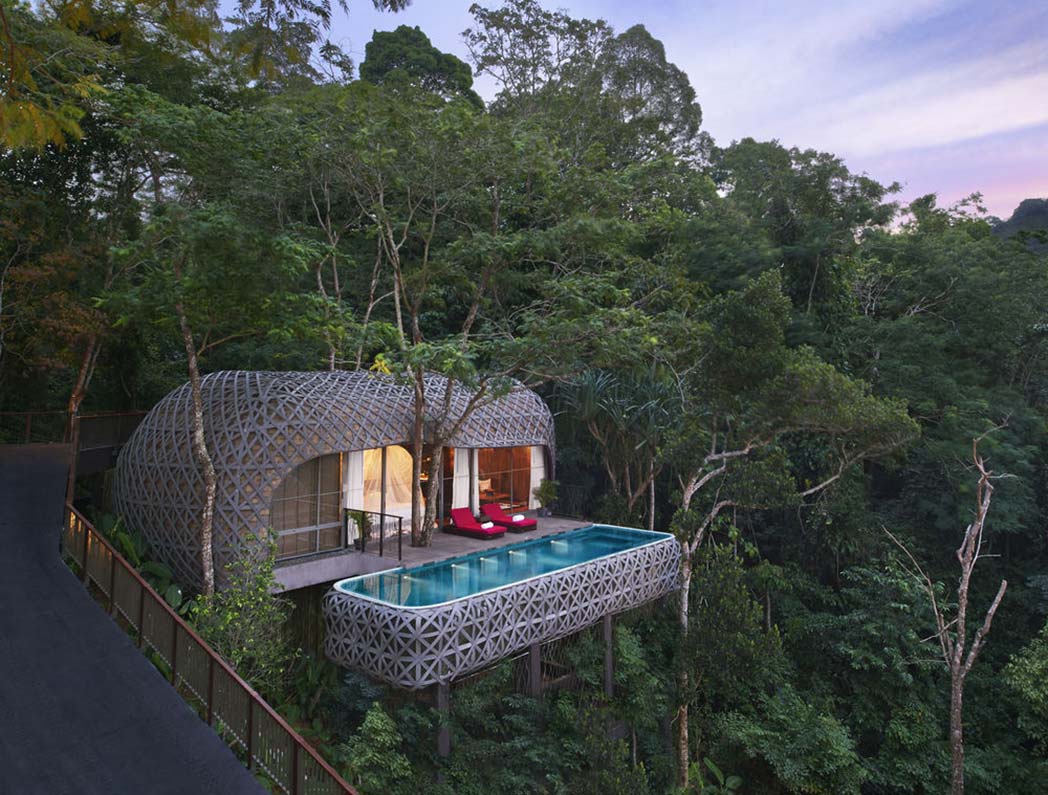 Named after the Rung-Nok (a Thai clan who lived in “nests”in the trees of Phuket), Keemala’s Bird’s Nest Pool Villas are inspired by luxury, privacy and opulence. Make like a luxurious bird and fly away to a nest-like villa in Thailand’s tropical treetops. 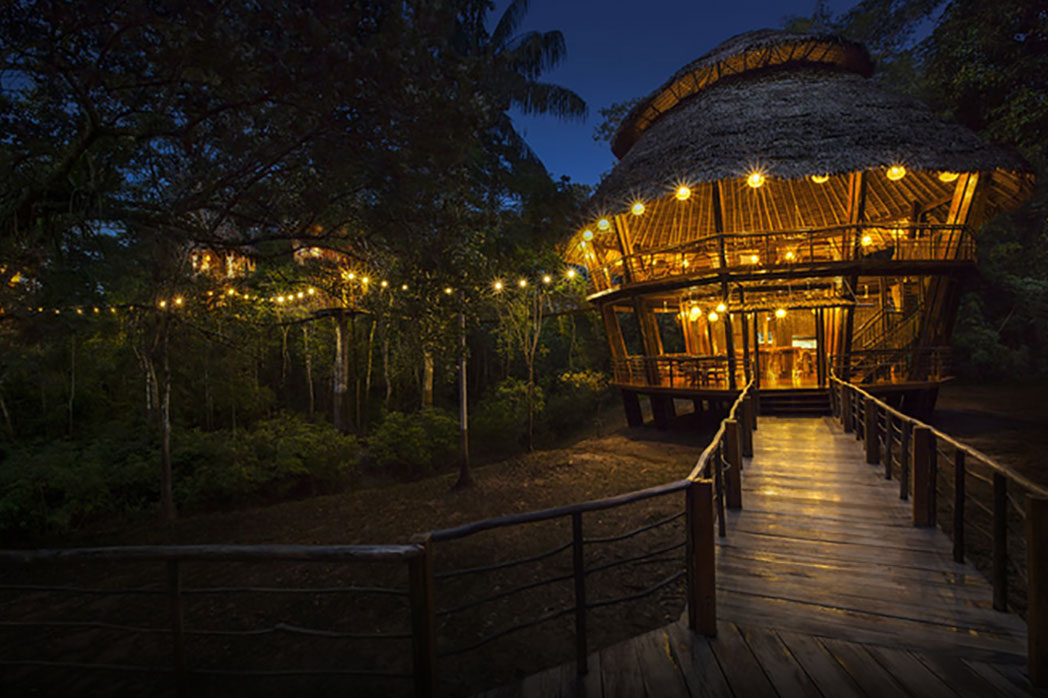 What better way to get up close and personal with the Amazon than by staying in a treehouse in the heart of the jungle. There are ten treehouses to take your pick from, the biggest of which sleeps up to five people, while the others are accessible by a cable bridge. You’ll want to swing from the treetops. 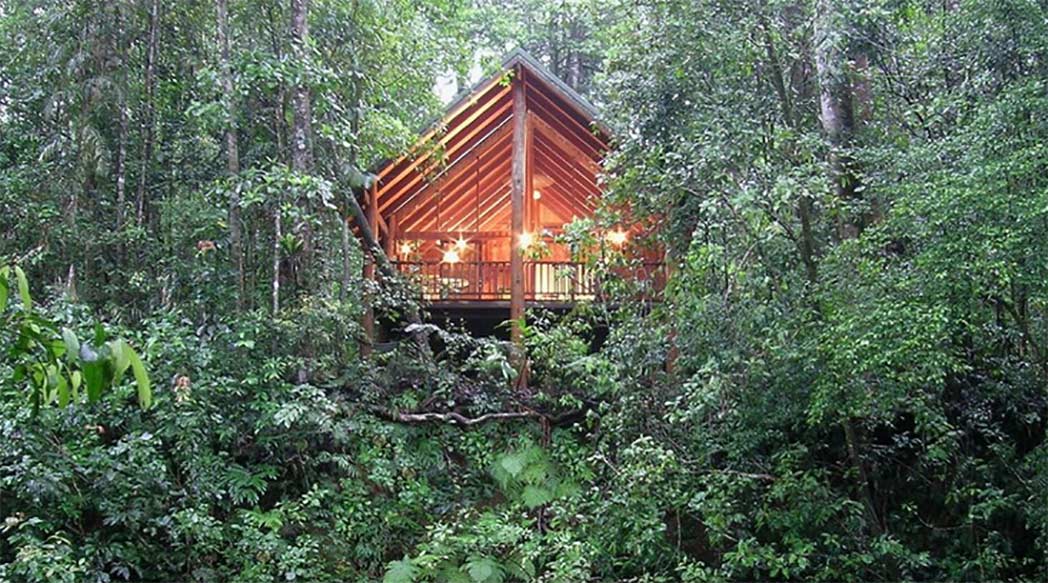 Set on 100 acres of ancient rainforest, this eco retreat in the Atherton Tablelands will have you channelling your inner nature-lover in no time. Keep an eye on your cheeky neighbours – possums, pademelons, and, if you’re lucky, the resident male cassowary, who is a bit of a legend in these parts. 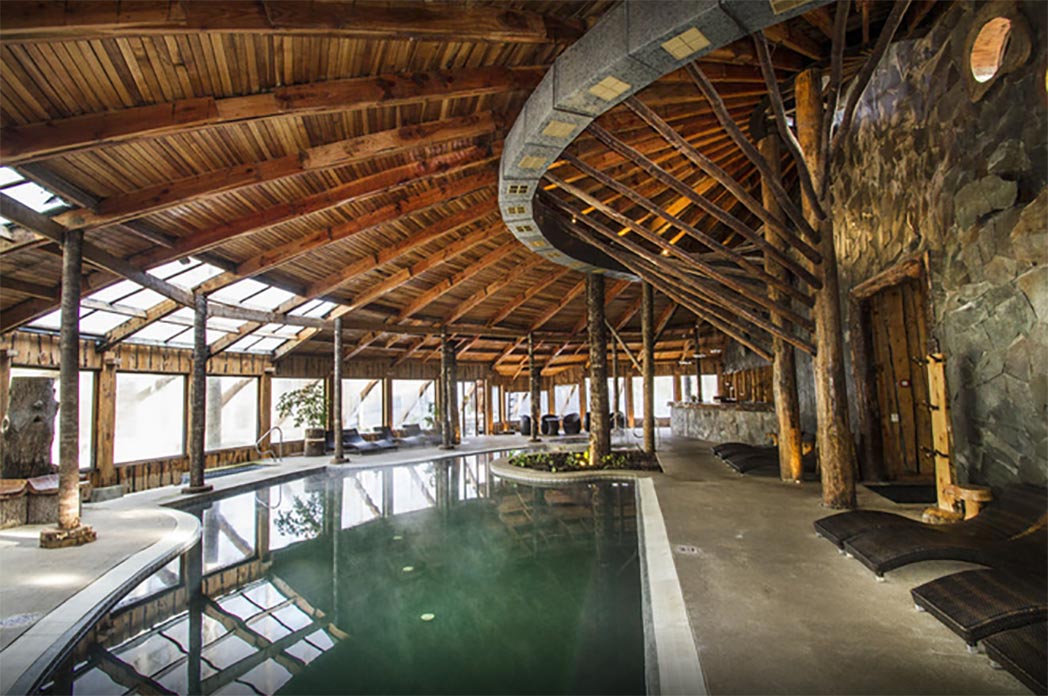 With all the traditional wood paneling, you’ll feel like you’re in the treehouse of your childhood dreams, just minus the ‘no girls allowed’ posters and with luxury fittings like an indoor pool – fancy! 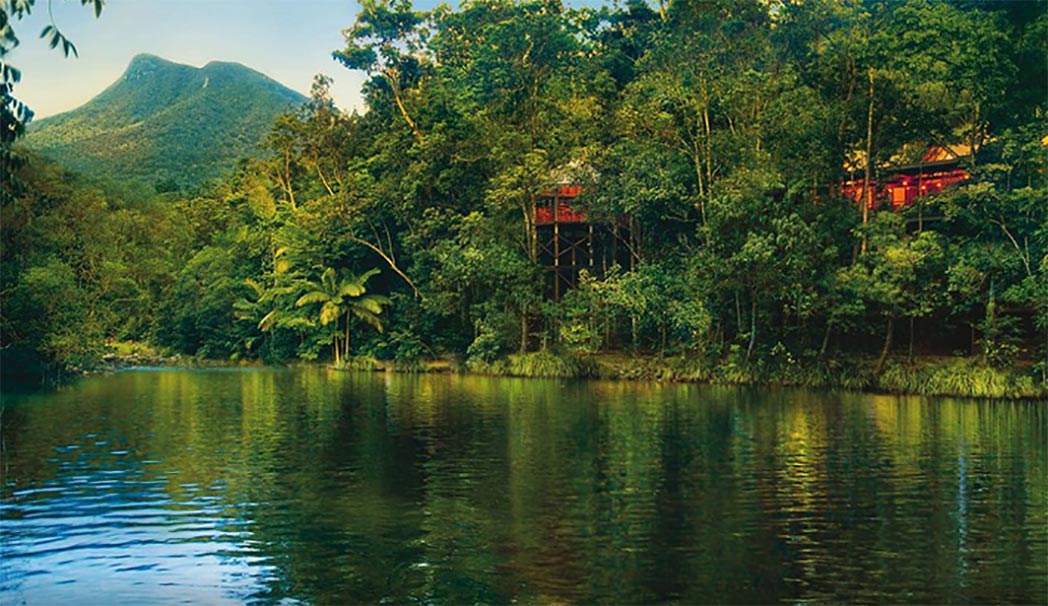 With four treehouses to pick from, you’ll be overcome with the nature feels during your stay at this secluded spot in Port Douglas. Sit out on the verandah with a pot of tea or a sneaky bev and watch the world (and the wildlife) go by. When you want to come down from the clouds, make your way to Newell Beach to watch the sunset. 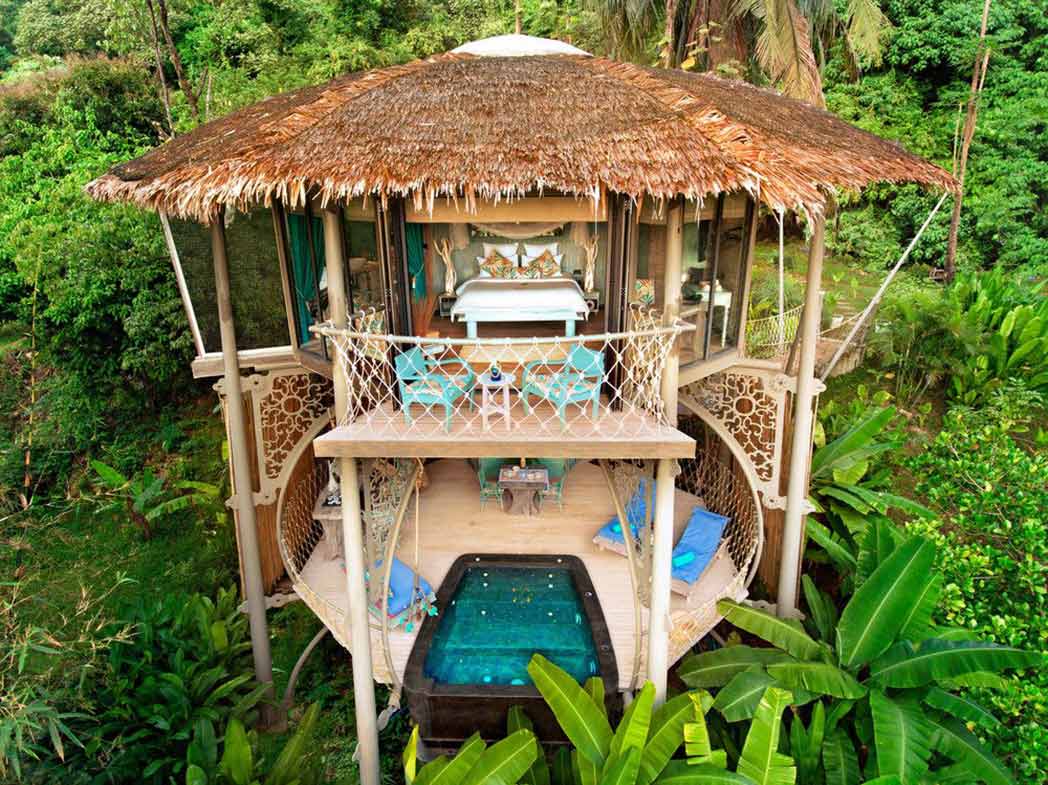 Kids aren’t allowed at this adults-only beachfront treehouse hotel, which means the only one you’ll come across during your stay is your inner child, which will undoubtedly escape. Each room of this five-star treetop hotel has sweeping views of the natural surrounds, giving you serious Tarzan-and-Jane vibes. Once you’re done lapping up the luxury (pfft, as if!), check out the island’s cave paintings, which are thought to have been created some 2,000 years ago. 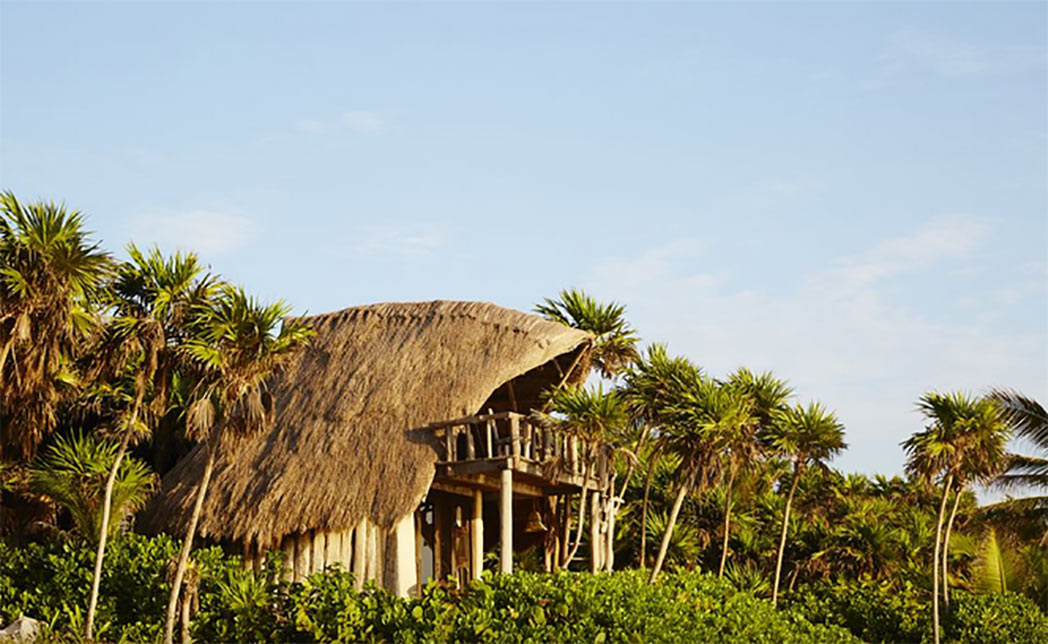 Not only is this amazing treetop hotel in one of Tulum’s most picturesque coastal towns, it’s also just down the road from several Mayan ruins, including the Temple of the Frescoes and the Temple of Doom. Jump in one of the treetop pools, laze in a hammock, and watch the sun rise over the Caribbean, or head down to the hotel bar for a sneaky mojito. 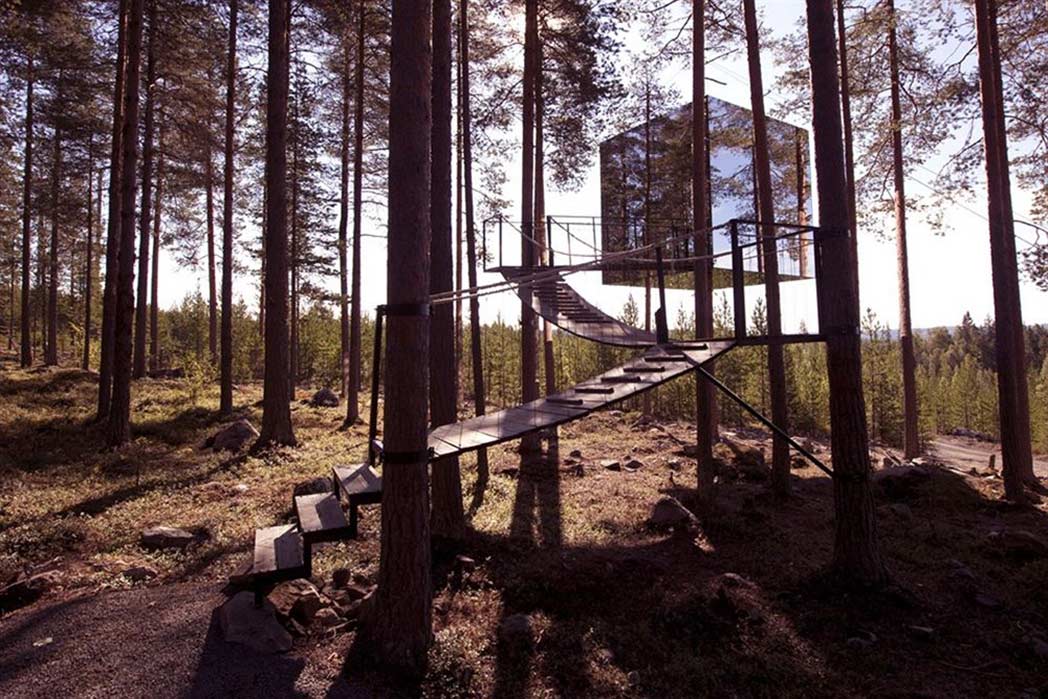 This is where the treehouse of your childhood dreams and Scandinavian design collide. The Tree Hotel in Sweden has futuristic “treerooms” that seamlessly blend into their natural surrounds, while also providing a modern twist to the already spectacular landscape.