We review Shrek the Musical

Sydney loves a musical and the Harbour City is lucky enough to be starting the 2020 season on a high, playing host to the Australian premiere of Shrek the Musical. 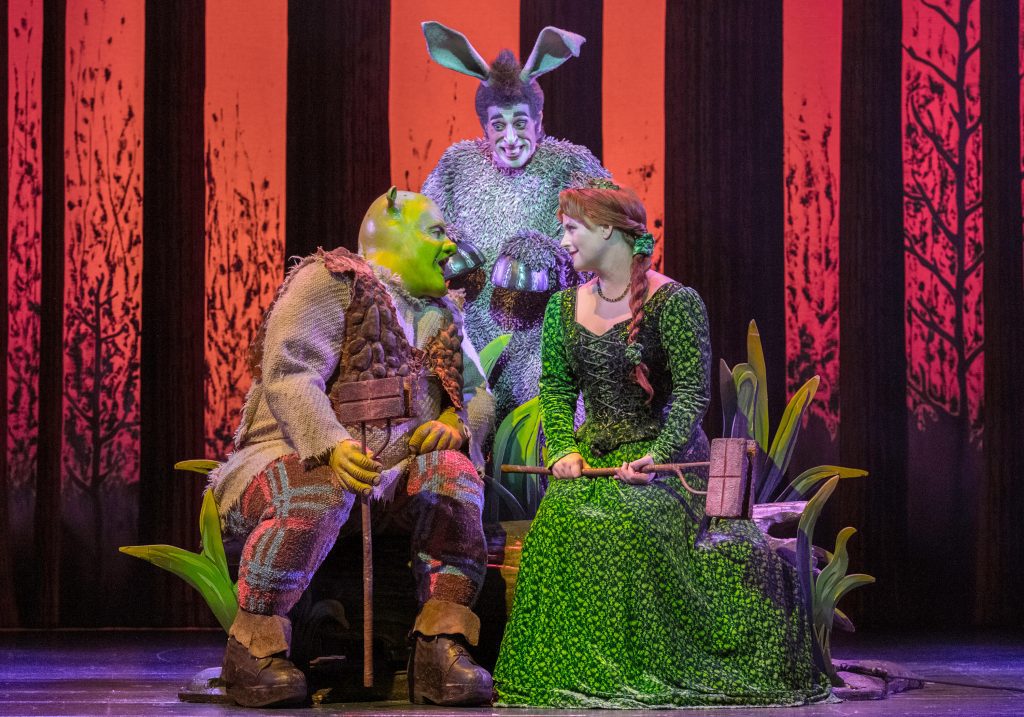 The Broadway smash-hit show is based on the Oscar-winning Dreamworks film which, can you believe, came out nearly 20 years ago in 2001? 😲

Which I suppose makes those Smash Mouth songs (🎵 Hey now, you’re an all-star, get your game on, go play. Hey now, you’re a rock star, get the show on, get paid. And all that glitters is gold… 🎶) at least that old too. Don’t pretend you don’t still know all the words to that song 😉

To refresh your memory, the story of everyone’s favourite green ogre is a fairytale but with a twist. Shrek is living happily alone in his swamp until it’s invaded by misfit storybook characters banished from the faraway kingdom of Dulac by the evil Lord Farquaad, a bad guy with a very SHORT temper. 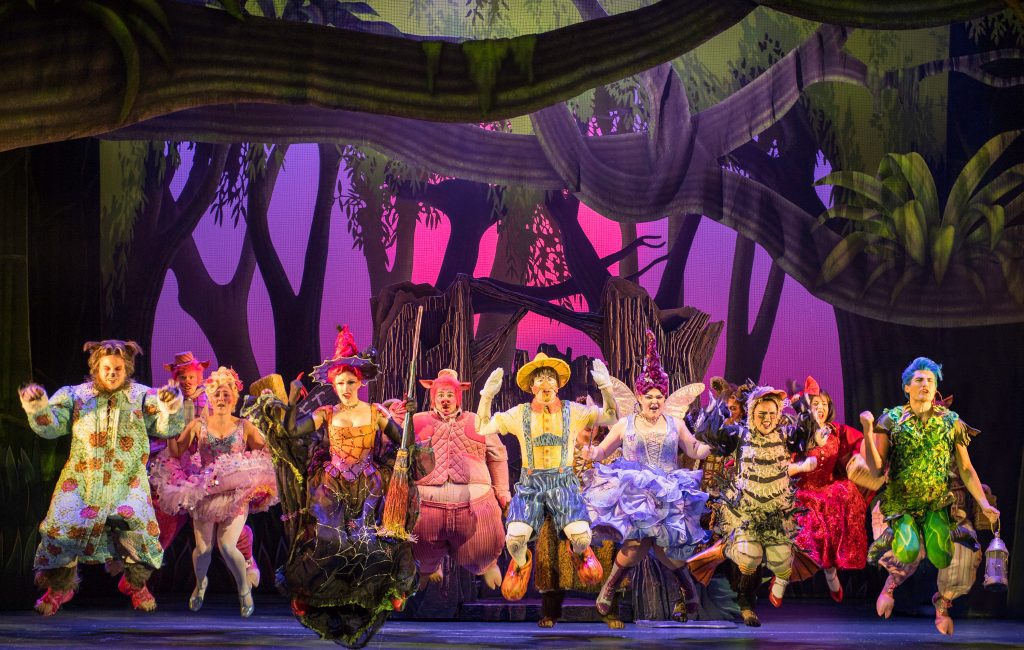 Shrek and his new pal Donkey make a deal with Farquaad to regain ownership of Shrek’s beloved swamp. They have to rescue a feisty princess named Fiona, who’s been imprisoned in a castle for years by a fierce dragon, so that Farquaad can marry her and become king. Sounds simple, right? Let’s just say the path to true love doesn’t run as smoothly as that! But we wouldn’t have this story any other way. 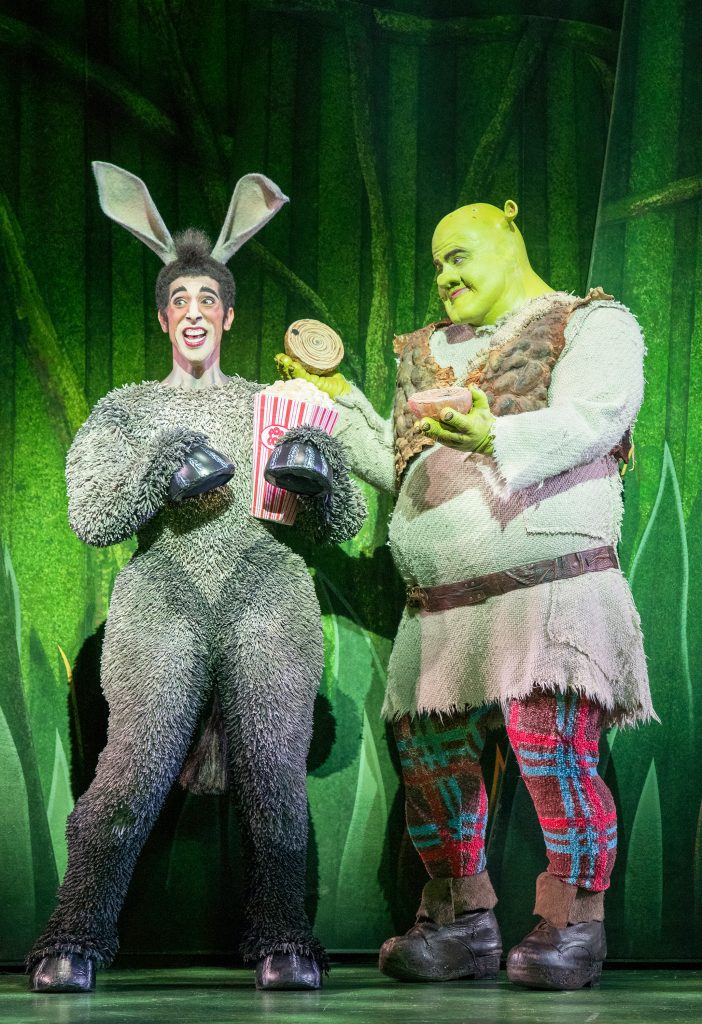 A beloved animated tale like this one needs a whole lot of energy to do it justice on stage and thankfully the show is in very good hands, with some of the best in the business.

Todd McKenney – one of Australia’s most versatile entertainers, perhaps best known for his critically acclaimed role as Peter Allen in The Boy from Oz – almost steals the show as the vertically challenged Lord Farquaad. His stage presence, humour and delivery are second to none and he earns many of the big laughs of the evening.

Nat Jobe’s Donkey also gets his fair share of giggles and his bounding energy does the beloved Eddie Murphy-voiced character more than justice – no easy feat! 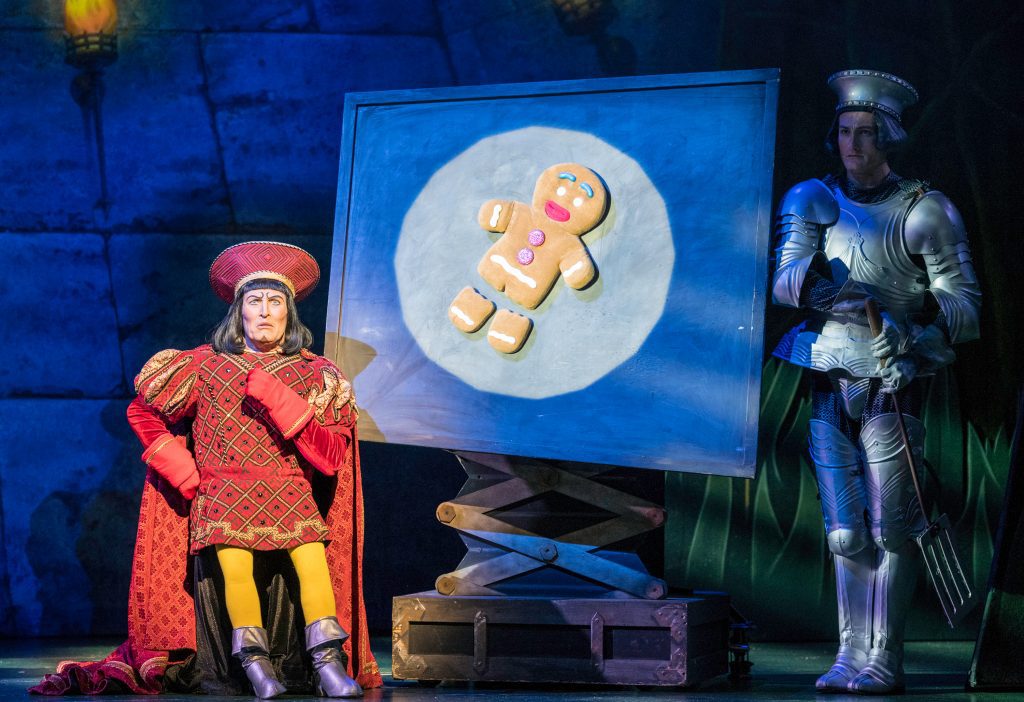 Musical royalty Lucy Durack plays Fiona – and with her resume, she’s a solid pick for a fairytale production (most notably, she played Glinda the Good Witch in Wicked and Elle Woods in Legally Blonde). But even with these high expectations, she manages to surprise and delight with her exquisite comical timing and that incredible voice. 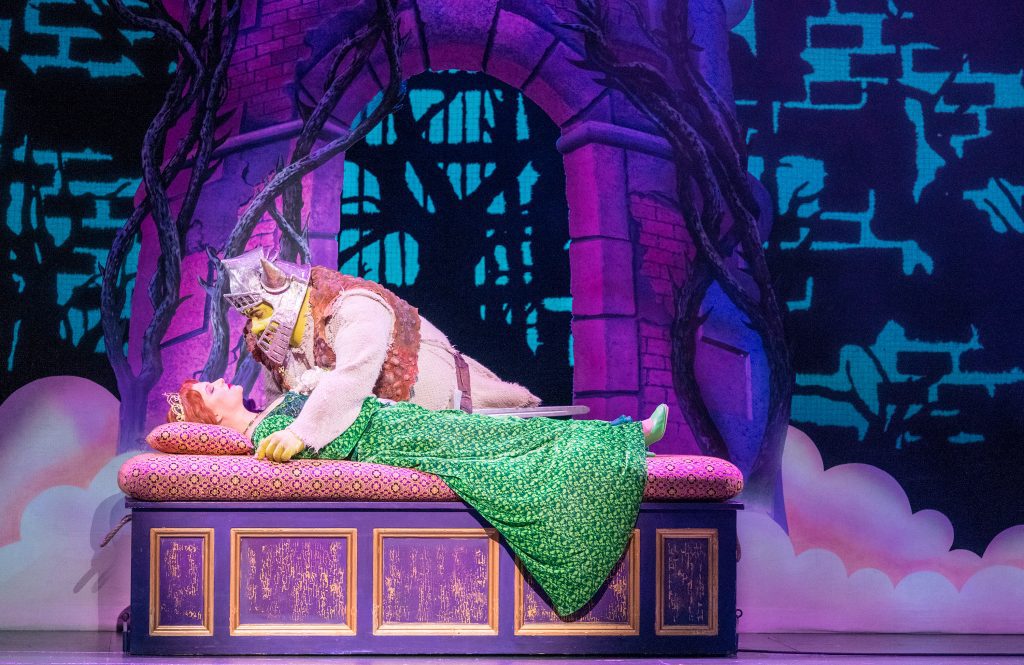 And, of course, there’s Shrek himself, Ben Mingay, who brings everything to this role, not least of all physically, with his impressive transformation to lovable ogre taking hours in the make-up chair. He delivers an impressive Scottish accent without ever missing a beat and he belts out the big notes effortlessly, conveying Shrek’s grumpiness, vulnerability, charm and lovability to a tee.

Marcia Hines, another mainstay of the theatre scene, brings her killer voice to the role of Dragon. Her show-stopping finale performance of The Monkees’ and Smash Mouth hit song ‘I’m a Believer’ gets the whole crowd on their feet.

The true measure of a show like this, though, is the reaction of the children in the crowd. They’re really the intended audience – although the show has just enough adults-only jokes to go over their little heads and keep the grown-ups happy too. If the non-stop delighted, infectious giggles of the little girl next to me are anything to go by, Shrek the Musical is a five-star winner.

You better be quick, Sydneysiders. Shrek the Musical is now playing at the Lyric Theatre for a limited run until 9 February 2020. If you miss it there, catch its later seasons in Melbourne and Brisbane.

Nic was a guest of Shrek The Musical but all opinions remain her own.