The Australian premiere might have fallen on a Tuesday but a whole lot of Saturday vibes were in the air as Sydney welcomed its latest theatre production, Saturday Night Fever, to town.

Playing at The Star’s Lyric Theatre, the show transports audiences back to the 1970s as it brings the smash-hit movie starring John Travolta to life on stage. 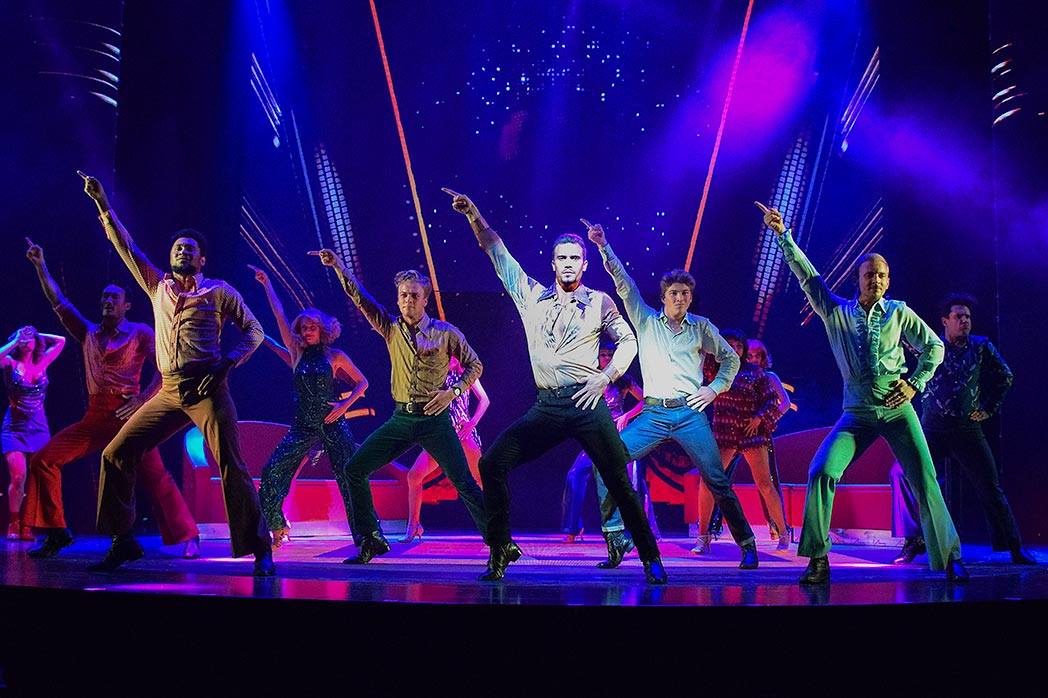 Saturday Night Fever tells the story of 19-year-old Tony Manero, a young Brooklyn guy who spends his weekends at the local discotheque, where he lights up the dance floor. It’s a place of escapism for Tony, where he laps up the admiration of the crowd and enjoys a growing relationship with Stephanie Mangano. And where he can temporarily forget the realities of his life, including a dead-end job in a paint store.

The lead role of Tony is played by rising star Euan Doidge. Helpmann Award-nominated for his role in Priscilla: Queen of the Desert, he brings serious swagger and charisma to the stage (not least in an early scene where his costume consists of jocks only – much to the pleasure of the crowd, based on the cheers!). 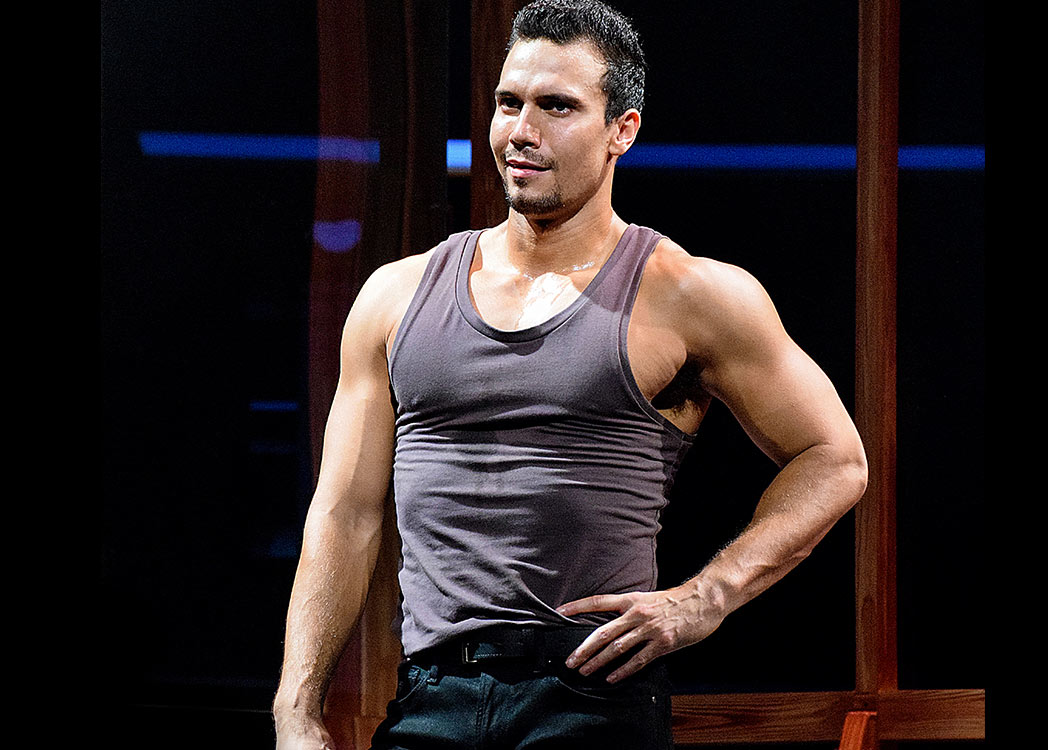 Melanie Hawkins, who has previously appeared in Singin’ In The Rain, Strictly Ballroom the Musical and Rock of Ages, plays Stephanie, the best dancer at the nightclub. She lives up to the title with her effortless control of the stage. 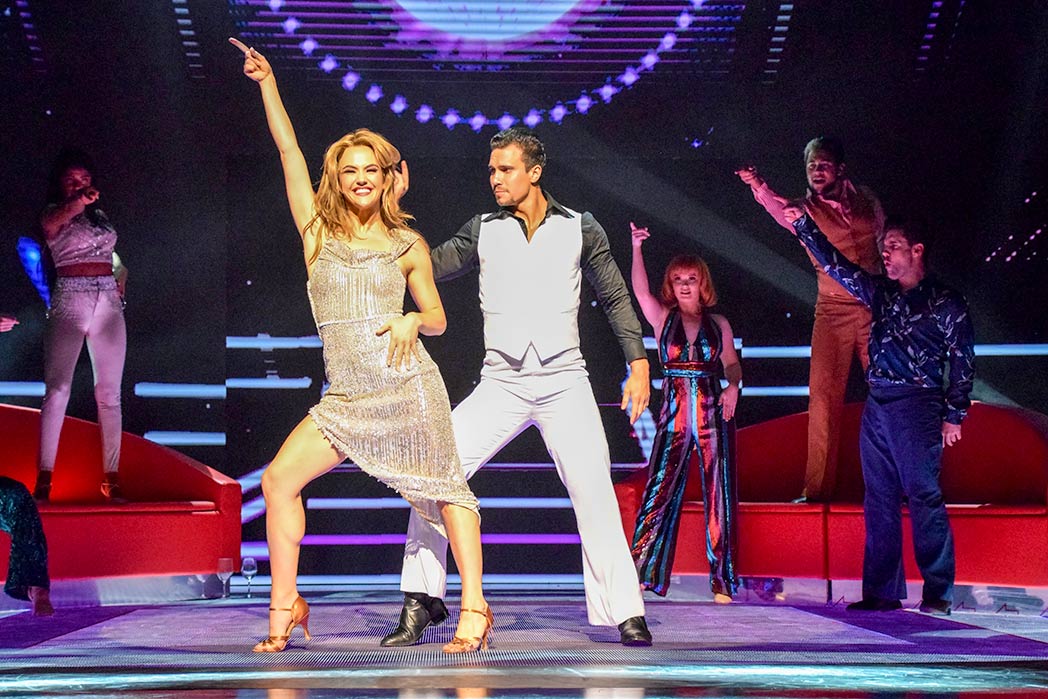 The show’s choreography is world-class and almost reason enough on its own to see this production. Delivered with precision and high energy and oozing with talent, every single dancer performs to perfection. Often in an ensemble, there will be one or two dancers that don’t quite nail it, but this bunch of professionals are spot-on, even on opening night. Watching them, I regret giving up my dancing days in primary school in favour of netball. Oh, to move like that! 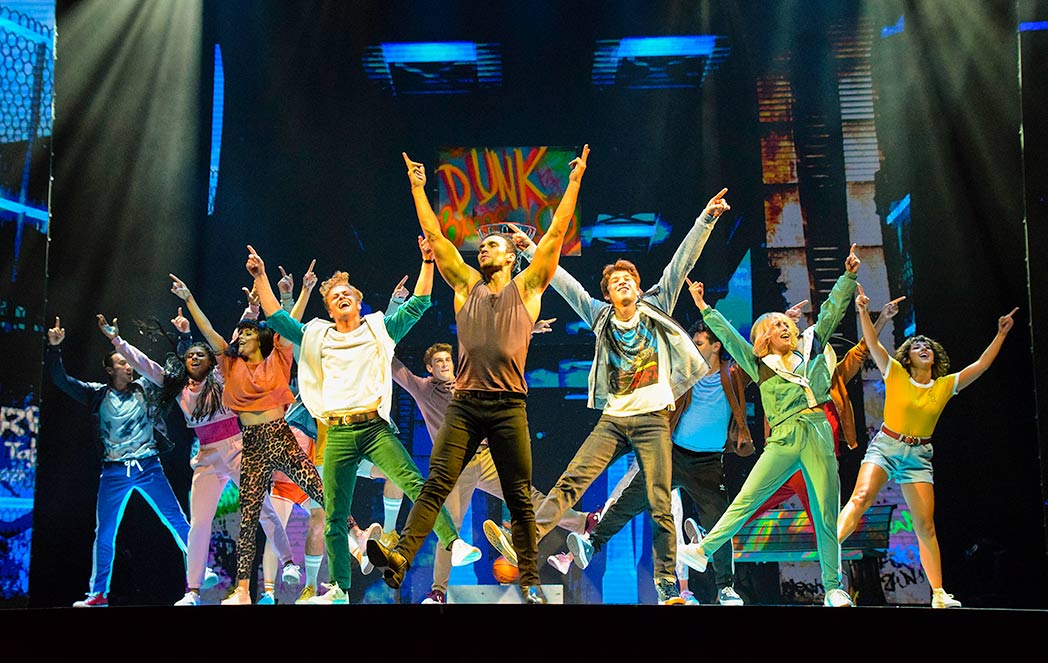 The music brings the wow-factor too. In a clever move (as the original movie wasn’t a musical), the songs are predominantly performed by The Star Vocalists, a quartet who pop up on stage to sing but are separate to the story. It takes the pressure off hard-to-find triple threats (dancer/singer/actors) who would otherwise need to carry the show. And when those singers are of the calibre of Paulini Curuenavuli (Australian Idol), Natalie Conway (The X Factor), Bobby Fox (Jersey Boys) and Nana Matapule (Beautiful: The Carole King Musical), you know the soundtrack is in good hands.

And what a soundtrack it is. Toe tapping is compulsory as hits like Staying Alive, More Than a Woman and Night Fever bring the disco vibes. Fun fact: the Saturday Night Fever album is still the second-highest selling soundtrack of all time, after The Bodyguard.

And then, of course, there is disco royalty herself: Marcia Hines, who joins in the second act as disco competition judge Estella and delivers her trademark stage presence and one hell of a voice. 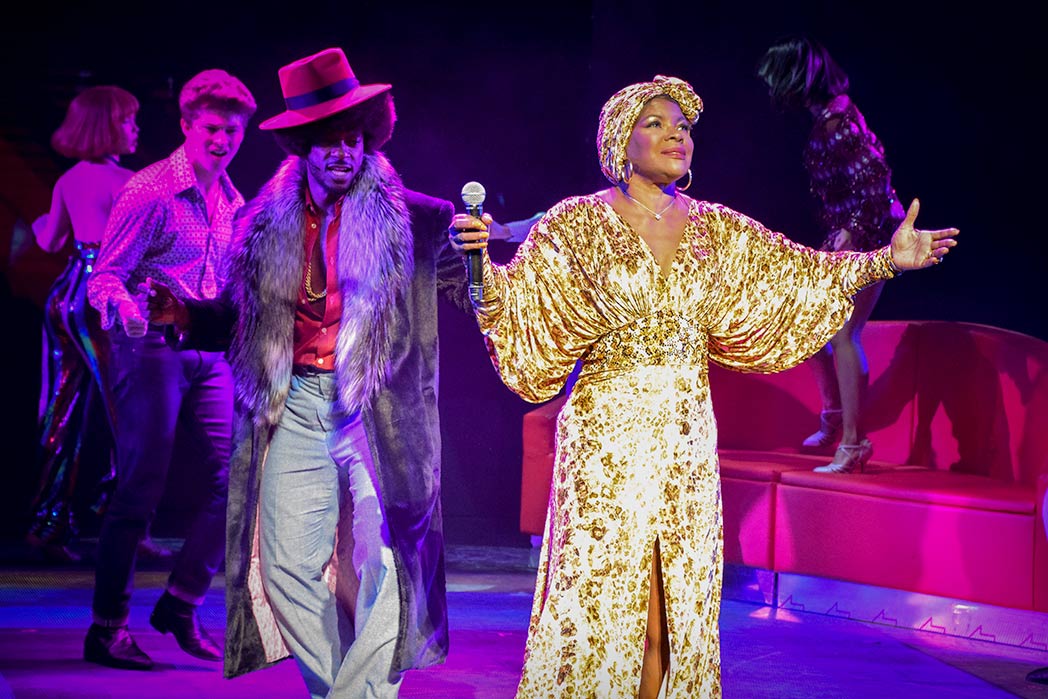 The storyline might be on the light side, but whether you’re a mother or whether you’re a brother, if disco balls, sequins, ‘70s tunes, incredible dance moves, Marcia Hines and an all-crowd dance and sing-a-long to end the evening sounds like your kind of fun, get yourself to Saturday Night Fever. Because if this show has anything to do with it, disco fever is Stayin’ Alive! 😉

Nicole attended the show as a guest of Saturday Night Fever but all opinions remain her own.

Stay at The Darling at the Star

Stay at Astral Tower and Residences at The Star