Whether it’s a sprinkle on top of your morning cappuccino or an indulgent dollop on a fresh punnet of strawberries, there’s nothing like a good dose of chocolate to brighten up a day. But if you’ve got a sweet tooth and have always dreamt about becoming a human fondue, then take your pick from these deliciously decadent chocolate experiences from all around the world. Go on, spoil yourself!

Chocolate is more than just a sweet treat at the Fabrica do Chocolate in Portugal, it’s a way of life! As soon as you walk through the boutique hotel, you’ll spot the sweet stuff dripping from the ceilings, oozing down the walls and smell it wafting through the corridors. But if you want to indulge in some chocolate without all the calories (what’s the fun in that?), then drop by the chocotherapy spa, where guests enjoy cacao-infused massages, body wraps and facials. Just try to get through one of these treatments without licking yourself – we dare you! 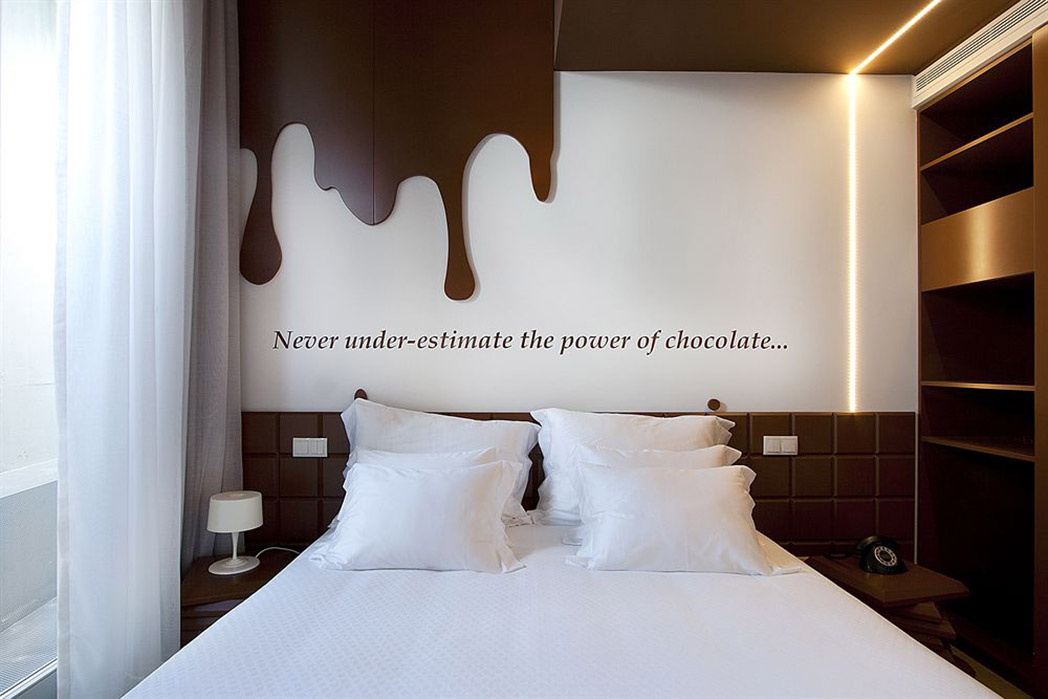 France may be known for FASHUN, but chocolate? Not as much. The fashionable folk of France, though, are turning that around and have combined cuisine and couture by hosting chocolate-themed fashion shows. Chocolatiers and fashion designers come together to create elaborate, edible pieces of art – just imagine wearing ruffles made of truffles! Salon du Chocolat is the world’s largest event dedicated to chocolate and it’s also one of the kookiest fashion exhibitions you’ll come across because everything is inspired by or made out of chocolate.

Luxury has never been as sweet, or as playful, as a chocolate milk bubble bath, but that’s what’s on offer at the Hotel Hershey day spa in the United States. There are a whole variety of sweet treats (for the body, as well as the mouth), including a chocolate sugar scrub, a whipped cacao bath, a chocolate bean polish and a chocolate fondue wrap.

If shoes are the one thing you love even more than chocolate, then you’re in luck, because The Chocolate Boutique Hotel in the UK combines these two loves with one more – wine! Pull up a chair, have a sip of your glass of bubbly and get ready to learn how to design, create and decorate your very own designer stiletto shoe made entirely of chocolate. It’ll look so good you won’t even want to eat it.

While chocolate might be the perfect break-up pick-me-up, its roots lie in the jungles of Latin America, where the Aztecs and Mayans used cacao as a form of currency. It wasn’t until later that it was turned into a drink, which at the time was thought to give people extra endurance in the bedroom – HELLO! Take a stroll along Mina Street in Oaxaca, Mexico, also known as Chocolate Street, and get to know the family-run businesses that now treat chocolate production with as much respect as they would a fine wine. Or, for some spiritual insight into the mysteries of chocolate, there are traditional cacao ceremonies hosted in Mexico by shamans. It’s thought that during these ceremonies, people can experience a natural high and even communicate with the gods.

An Aussie chocolate icon, Haigh’s first opened its doors in 1915 and they have been tempting us with their decadent treats ever since. It’s almost impossible to walk past one of their stores without sampling something from inside, but chocoholics in South Australia can go straight to the source with a tour of the Haigh’s factory. Not only is the tour free, but it includes a tasting and an introduction to the process of how the bitter bean becomes your favourite sweet indulgence.

If you’ve always wanted to craft your very own ganache or discover how to perfectly temper chocolate, then you’re in luck because Sissy’s Gourmet Delights in Melbourne hosts classes for novices who want to get to the top of their chocolate game. You’ll make your own choccy sauce that will be poured into delicately designed moulds, before packing them up to bring home to share with friends and family – as if they’d last that long. 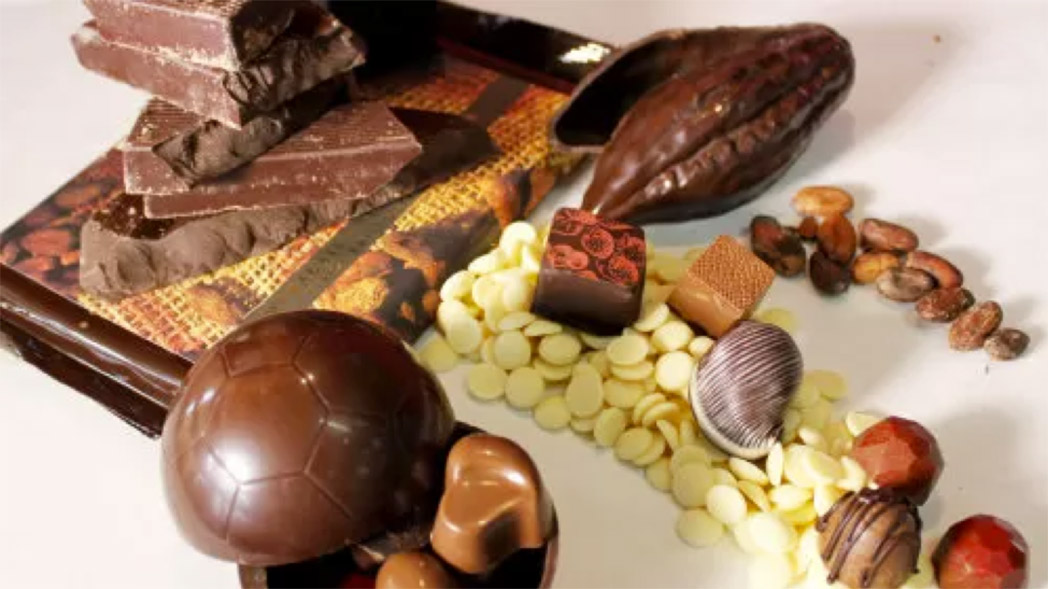 Set in a leafy cacao plantation, Boucan by Hotel Chocolat in St Lucia is a secluded getaway that’s centered around one thing – chocolate! Either take it easy in the day spa, where you can be wrapped, primped and pampered with cacao, or take a stroll through the lush groves full of bean pods, ready to be plucked and popped into your favourite cocktails, desserts and even savoury dishes. Head over to the restaurant to nibble on the cacao-infused creations, including homemade cacao pasta and even cacao-marinated sea scallops.

We could hardly talk about chocolate without mentioning Belgium, the chocolate capital of the world. There are choccy shops at every corner and there is even a museum dedicated to the sweet brown stuff. Once a simple three-storey home, the Musee du Cocao et du Chocolate in Belgium is now even favoured by the Belgian Royal Family. Watch the art of chocolate-making in action, with demonstrations held each day to give chocoholics another reason to salivate. 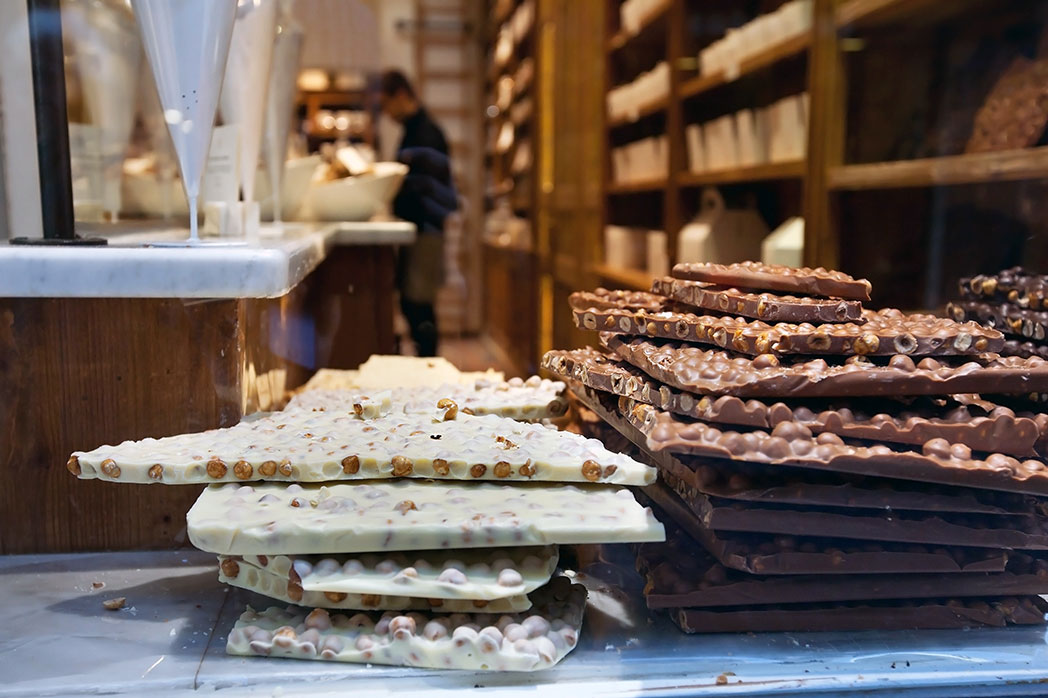 There are few foods that can live up to the hype of chocolate, but cheese would have to be a close second, with champers coming in third. So how lucky it is to find an experience that rolls all three into one day. Well-known for its wineries and cellar doors, the Mornington Peninsula is the setting for the Wine, Cheese and Chocolate Tour, which will have you indulging all day – from the cheeseboard to the wine bottle and then to the award-winning chocolate samples, too.

What’s the most indulgent chocolate experience you’ve ever had? Let us know in the comments section below.

Check out our tasty experiences

Categories
Fashion and beautyFeaturedTravelWining and Dining