12 of the world’s most ridiculously luxurious getaways

Ever wanted to chill on your own private beach? Or wash your hands in a 24-carat gold sink? However high your luxe-pectations go on holiday, these lavish getaways will have you feeling spoilt rotten. Sit back, relax and get ready for some of the most ridiculously luxurious hotels you’ve ever seen. No, seriously, it’s obscene! Don’t say we didn’t warn you. 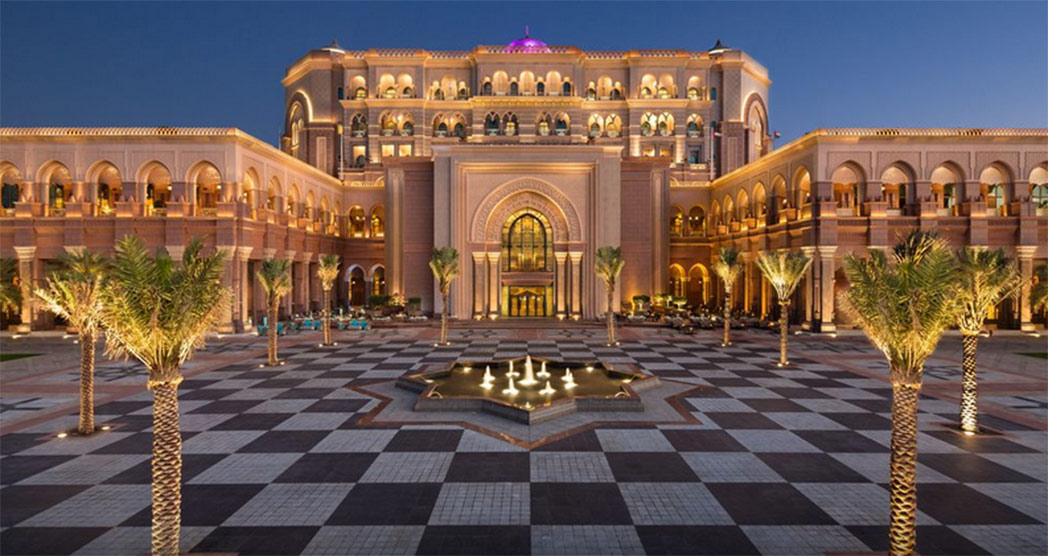 Nothing says luxury like a $3 billion hotel overlooking the Persian Gulf in Abu Dhabi. Emirates Palace has its own private beach, complete with pristine white sand imported from Egypt, and gold and marble finishes. If you really want to splash out, there’s even a gold vending machine in the lobby. And no, we don’t mean the vending machine is made out of gold – it actually spits out gold nuggets. Cha-ching! 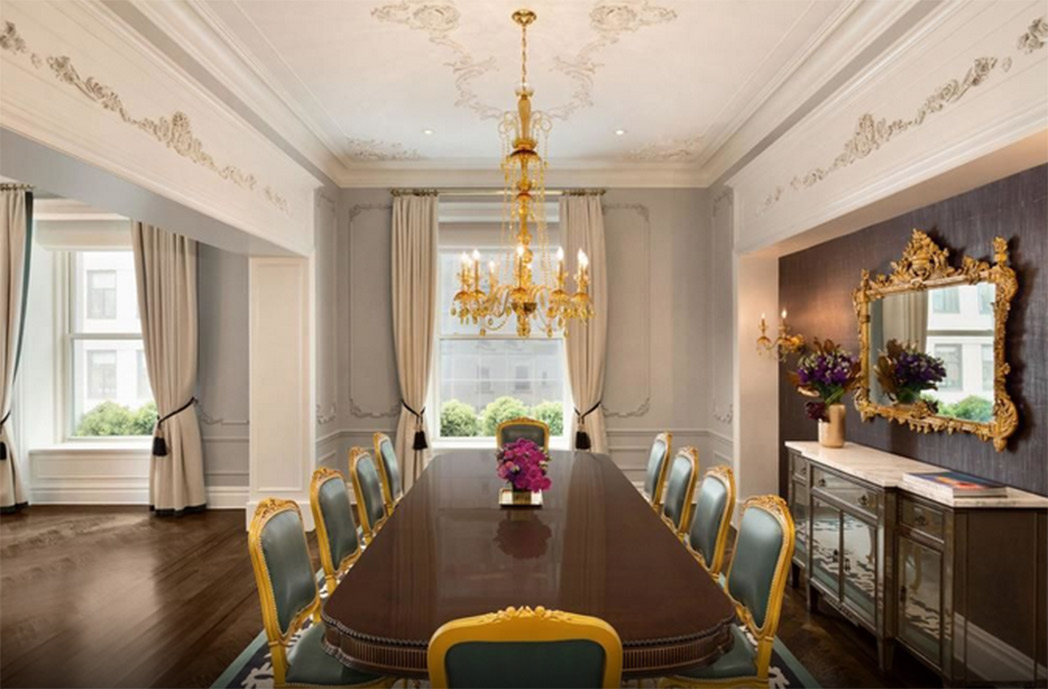 This place is the pinnacle of timeless elegance and it’s located right on Central Park in New York, baby. And, wow, they’ve been perfecting the art of luxury for more than 100 years. The Plaza has everything from Palm Court (famous from films and novels like The Great Gatsby) to 24-carat gold-plated sinks. Because why not? But heads-up: A stay in this iconic landmark can set you back up to $50,000 per night, so start saving those pennies.

3. The Cove at Atlantis, Bahamas 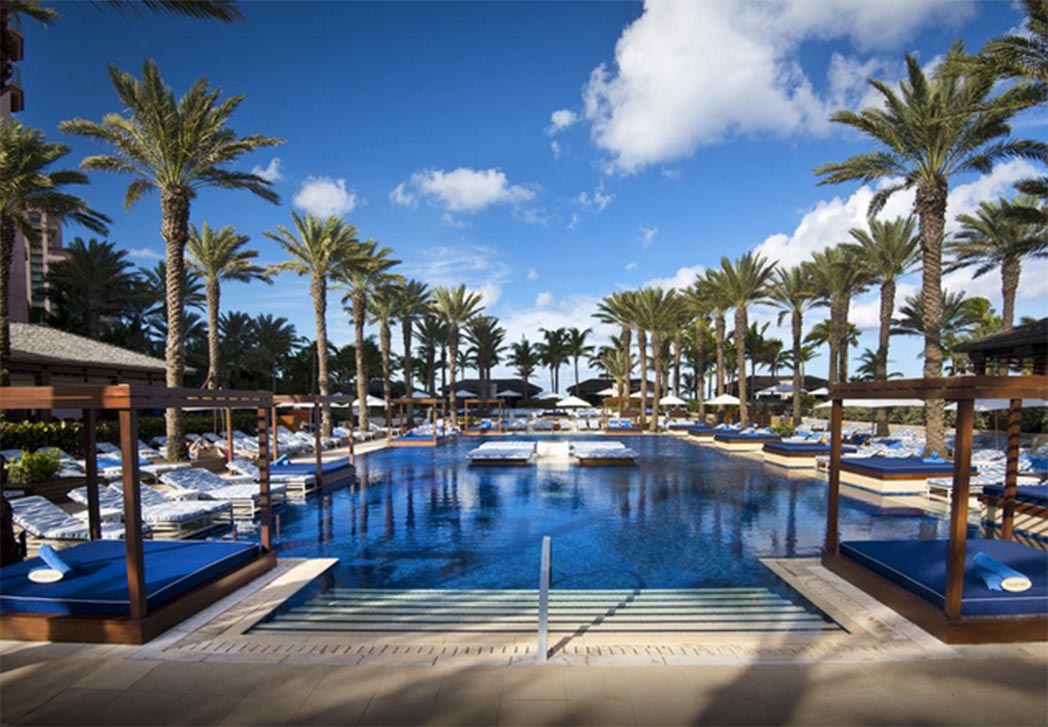 When your hotel is literally on Paradise Island, you know it’s gonna be good. Head over to the adults-only pool for some luxurious quiet time, pamper yourself at the spa, or check out one of the world’s largest outdoor aquariums – they don’t call this place Atlantis for nothing! 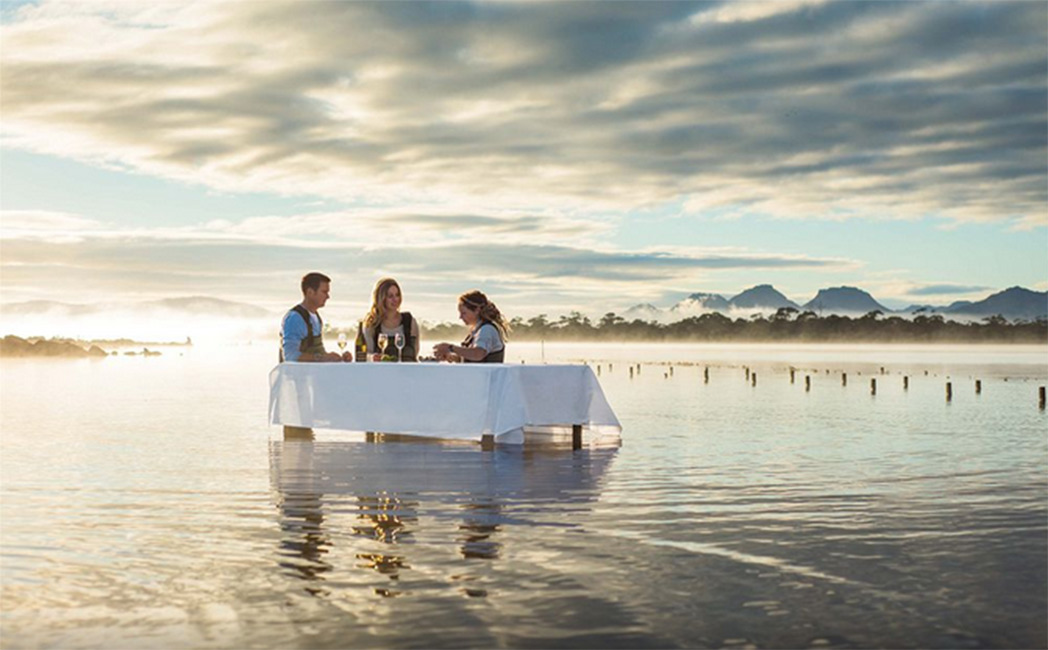 If your idea of luxury involves getting in touch with nature, mountains of fresh local produce, and spa treatments galore, then you’ve come to the right place. With private cooking classes, degustation menus, and the chance to get up close and personal with a Tassie devil, Saffire Freycinet is a getaway like none other. 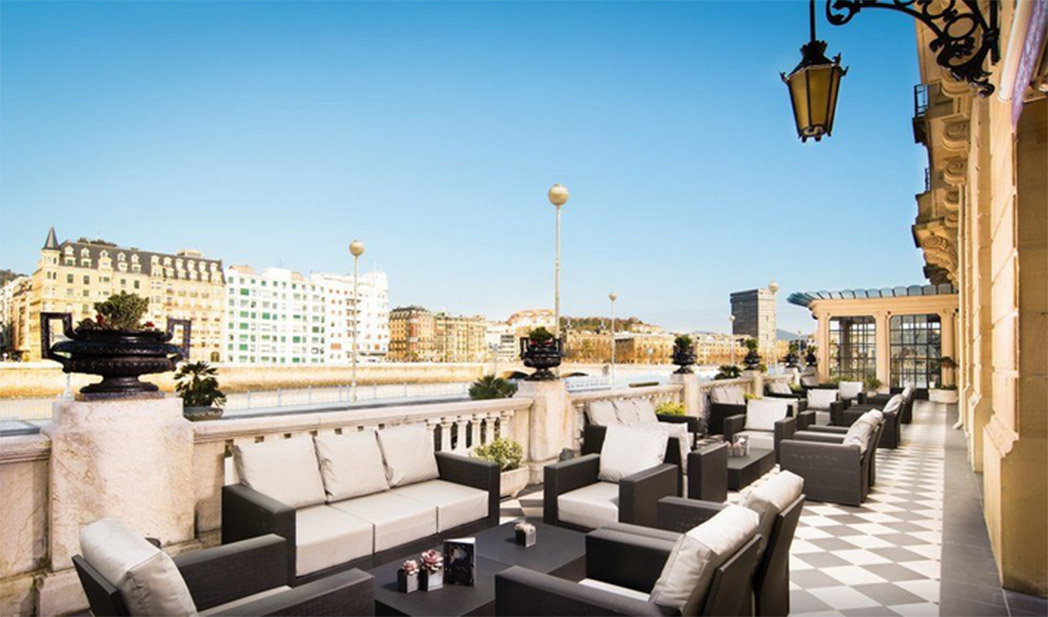 This grand Spanish hotel was built in 1912 and named after the then Queen María Cristina. With its velvet drapes, marble bathrooms, and pop-up restaurants headed by Michelin-starred chefs, it’s the place to go if you really want to feel like royalty. Si, por favor! 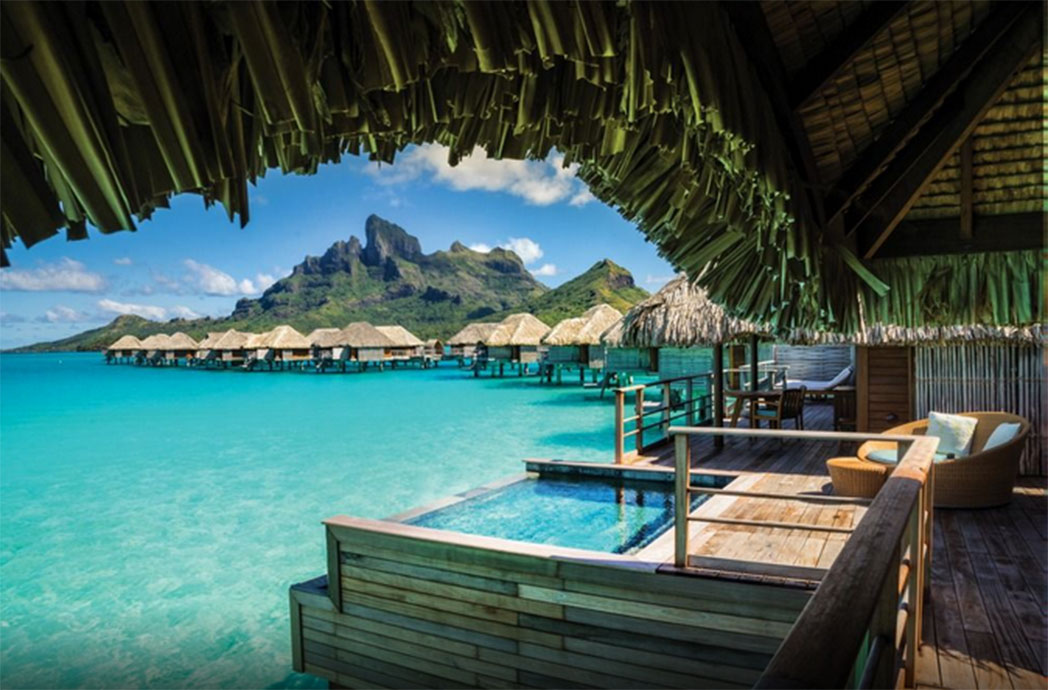 At Four Seasons Bora Bora, it feels like you’re a million miles away from everyone and can only be reached by a message in a bottle. Between spa treatments and the beauty of Bora Bora itself, you won’t want to do anything but pamper yo’ self. If you’re feeling a bit adventurous, make friends with the trumpet fish, unicorn fish, parrot fish, and more in the lagoon. Bliss. 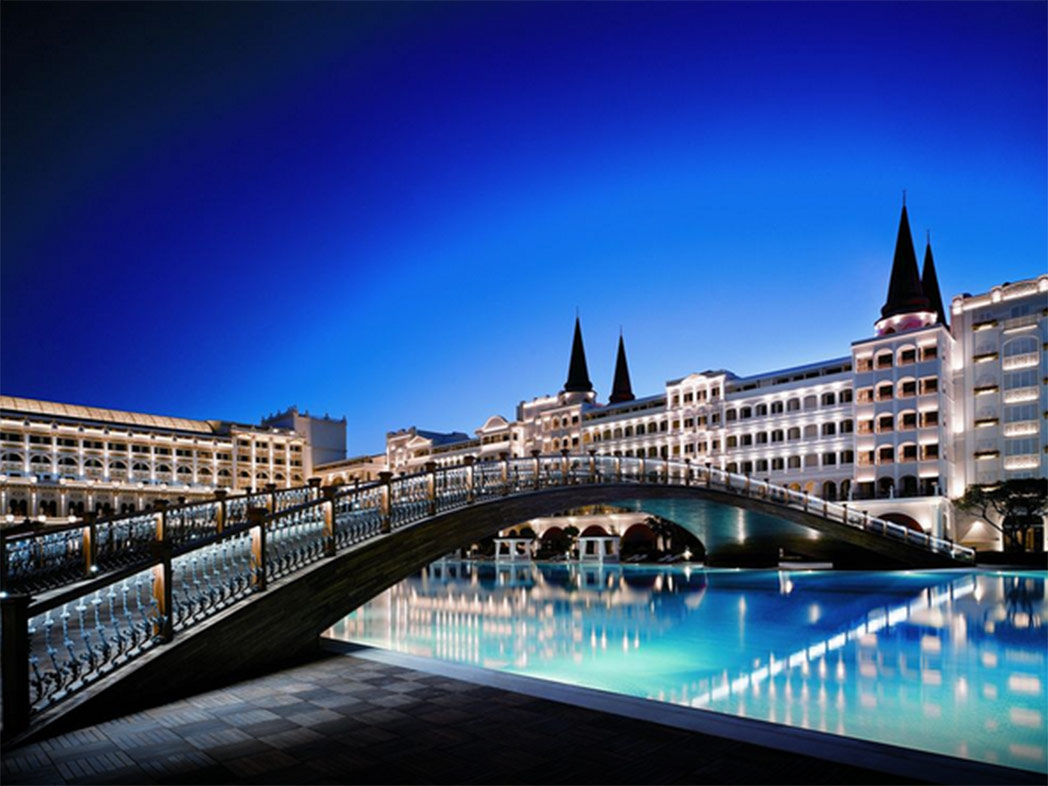 You know what says luxury like nothing else? A giant pool. No, wait. A pool so giant it can fit up to 1,000 guests. That’s exactly what you’ll find at the Mardan Palace Hotel in Turkey, along with gold-leaf interiors, 17 bars, thousands of tonnes of white sand flown in specially from Egypt, and round-the-clock butler service. Alfred, fetch my slippers, will you? 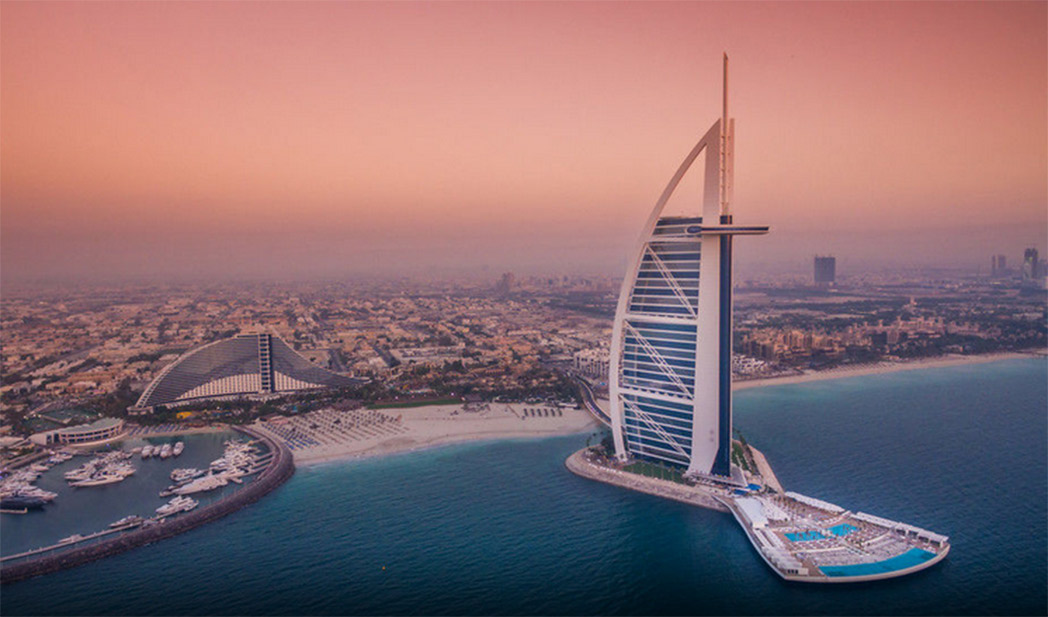 If you’ve ever wanted to stay in one of the most photographed hotels in the WORLD, then the Burj Al Arab Hotel in Dubai is the place for you. Each guest room is extravagantly built over two levels and there are some obscenely luxurious amenities, such as a heliport and a fleet of Rolls Royces for VIP clients (like us, obvs!). 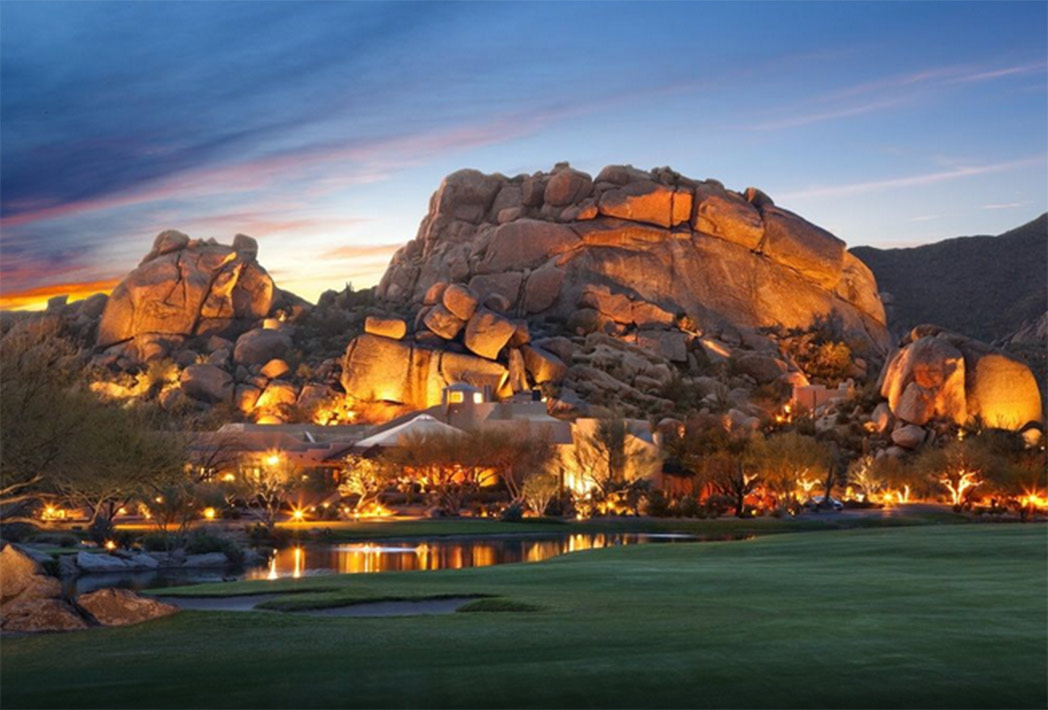 This place is swanky as hell (staff aren’t even allowed to talk about their VIP guests… at least, not while they’re still alive) but it’s Mother Nature that puts on the real show. Set on 1,300 acres in the Sonoran Desert, and with a 12-million-year-old rock formation to boot, this prestigious spa resort is what hotel dreams are made of. 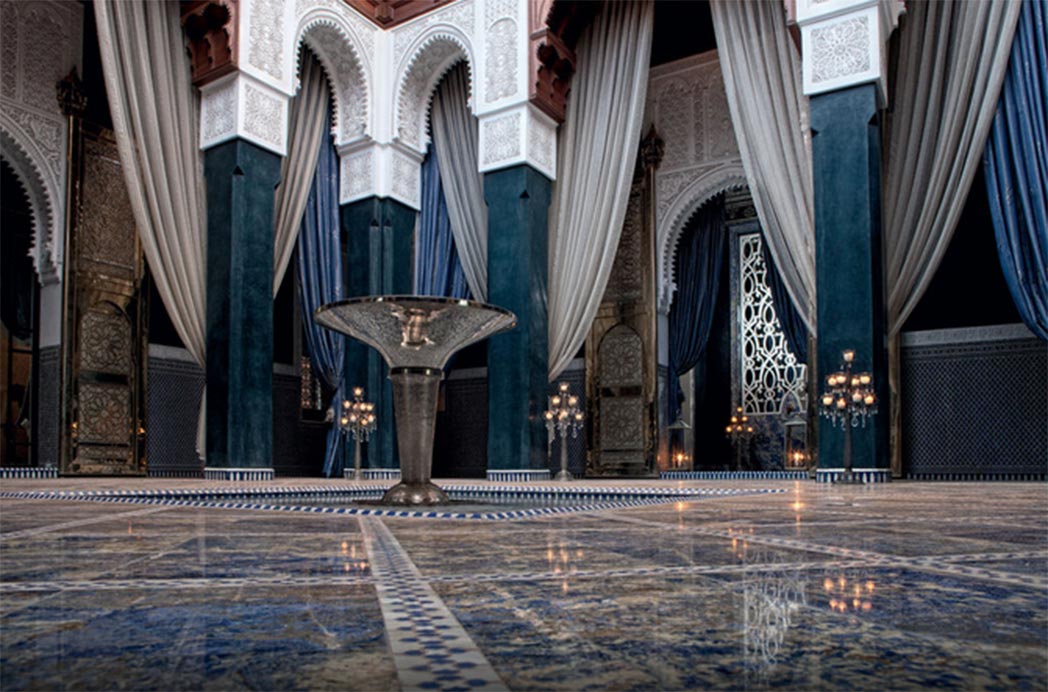 Want to feel like a king? Well, stay in a hotel that was built for one. The Royal Mansour Hotel in Marrakech is the former palace to the King of Morocco. It took 1,500 craftspeople more than three years to finish the masterpiece, which comes complete with lemon trees, plunge pools, silk rugs, and palm trees. 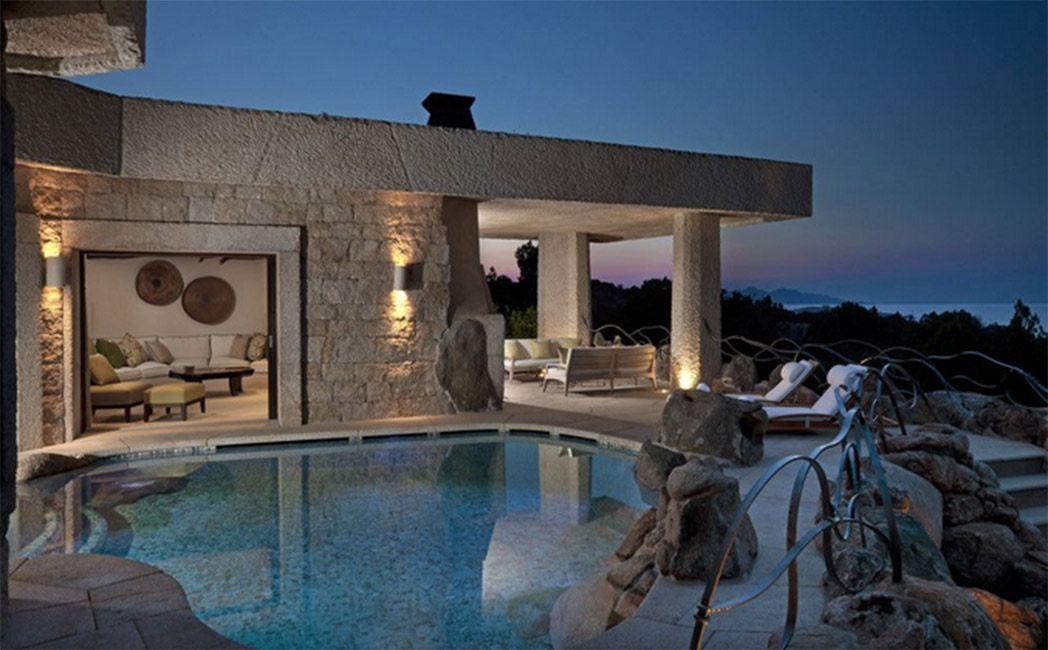 Why, hello there, private villa, turquoise Italian coastline, and private beach. Hotel Pitrizza Sardinia is the place to lap up the luxe life (although it will set you back up to $4,000 per night). Don’t forget to check out the saltwater pool that’s carved into the granite rock. 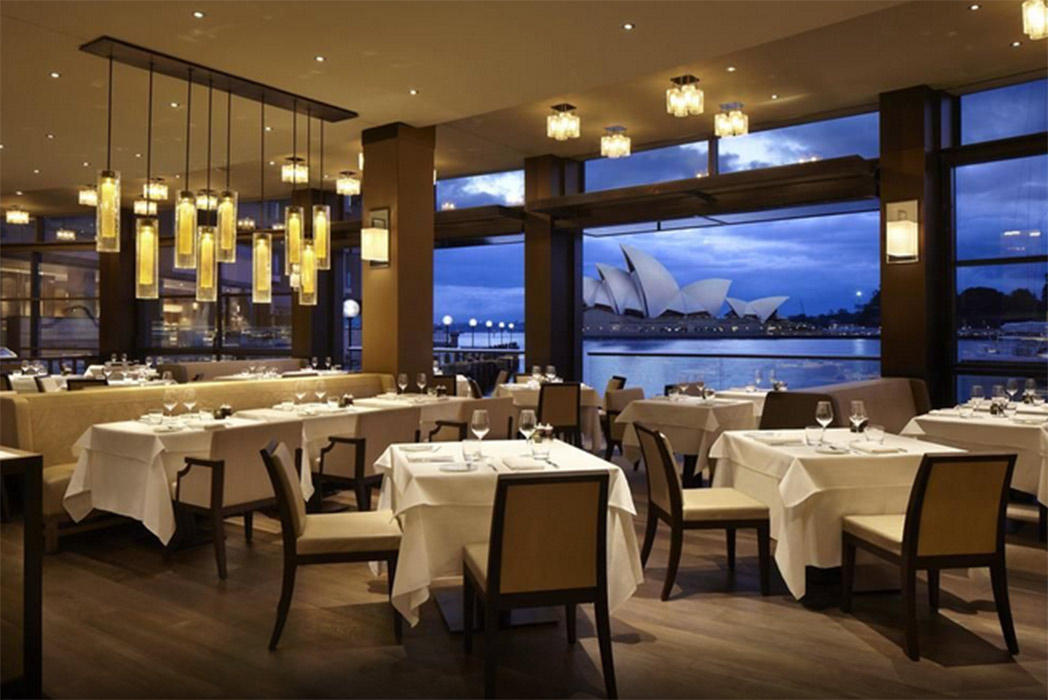 When it comes to luxe Sydney stays, you can’t go past the Park Hyatt. With its multi-million-dollar views, premium location, and five-star rating, big city getaways don’t get much better than this. Make sure you check out the spa and splash out on a facial, body wrap, sauna, or massage. You’ll never want to leave.

Plan your own luxe getaway