Argh!! What to do when you’re running late for a flight ✈️

Missing a flight is every traveller’s nightmare, but it doesn’t have to be. If you’re racing against the clock, there are some easy things you can do to hold onto your seat on the plane.

1. Check in on the way to the airport

If you’re confident you’ll make your flight, but are just running later than you’d like and starting to stress about possible queues, check in online on your way to the airport. It’ll save you some precious minutes once you finally arrive, as you’ll be able to go straight to bag drop or security. There might still be lines there too, but, hey, at least one thing’s done. Yay! 🙌 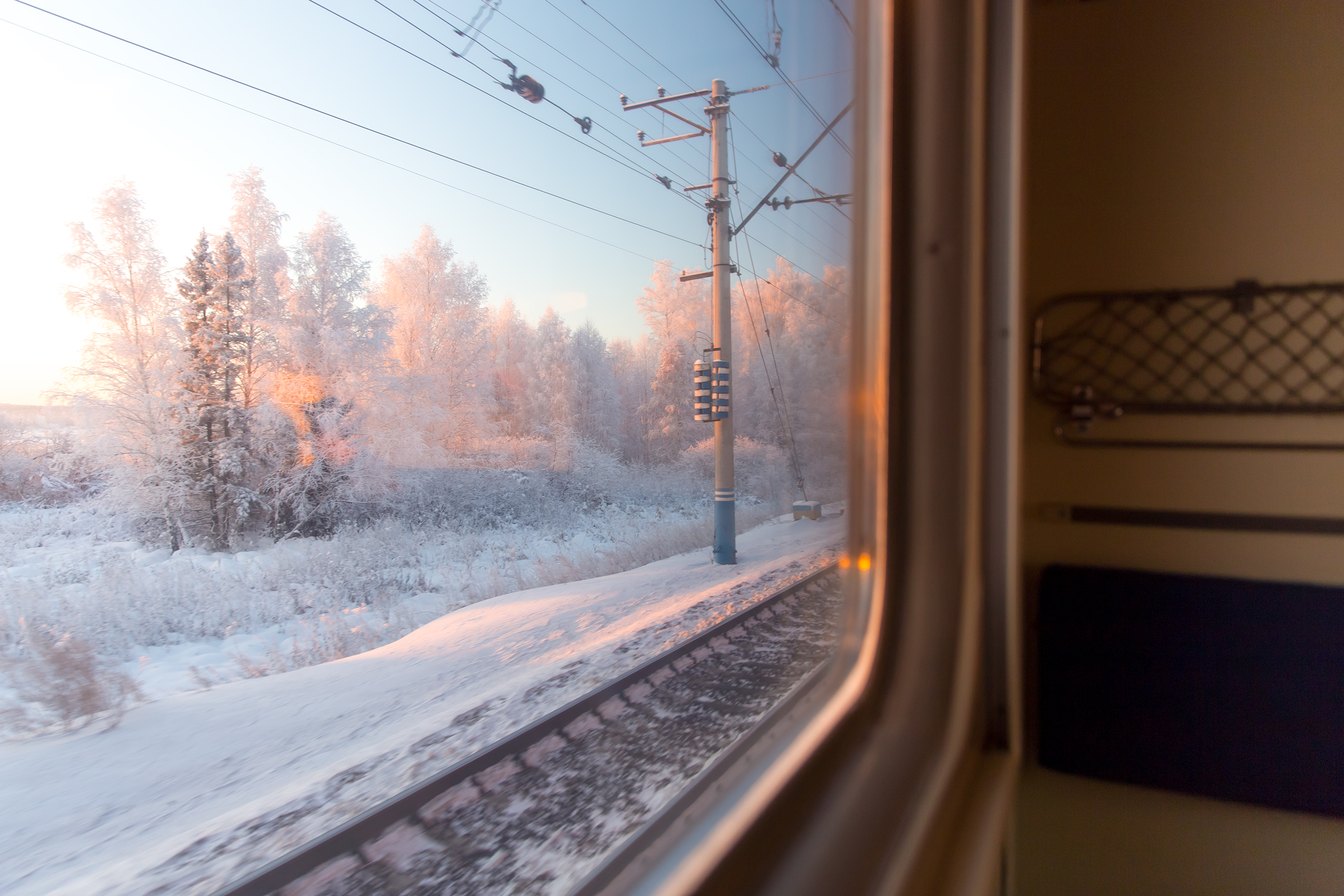 But the downside here is that if you check in online and still miss your flight, you’ll probably forfeit your whole fare (ouch!). So if you’re really pushing it, the first thing you should do is…

If you’re really cutting it fine, or if it’s all too late and you’ve definitely missed your flight, call your airline or go to one of their info counters ASAP. If they know you’re at the airport, they can tell you every possible trick for zipping though to the gate as quickly as possible. And if your flight’s long gone, they can at least tell you what your options are 🤦‍♀️

3. Look for the ‘priority’ check-in lines

Have you ever noticed the multiple different lines each airline has when you’re checking in for a flight? There’s the standard economy one (aka the looooong one), then usually a couple of ‘priority’ ones. Well, ‘priority’ can mean anything from “I’m a fancy-pants Business Class traveller, woo!” to “Argh! I’m running so late I want to cry and puke at the same time!”

Go for one of the late check-in lines if you can. Their signs usually say something like “flight closing”. But if you don’t see one or if it (somehow) has a long line too, don’t be embarrassed about running up to a First Class window if you see one that’s free. The aim of the game is to identify yourself to your airline’s staff as quickly and politely as possible. 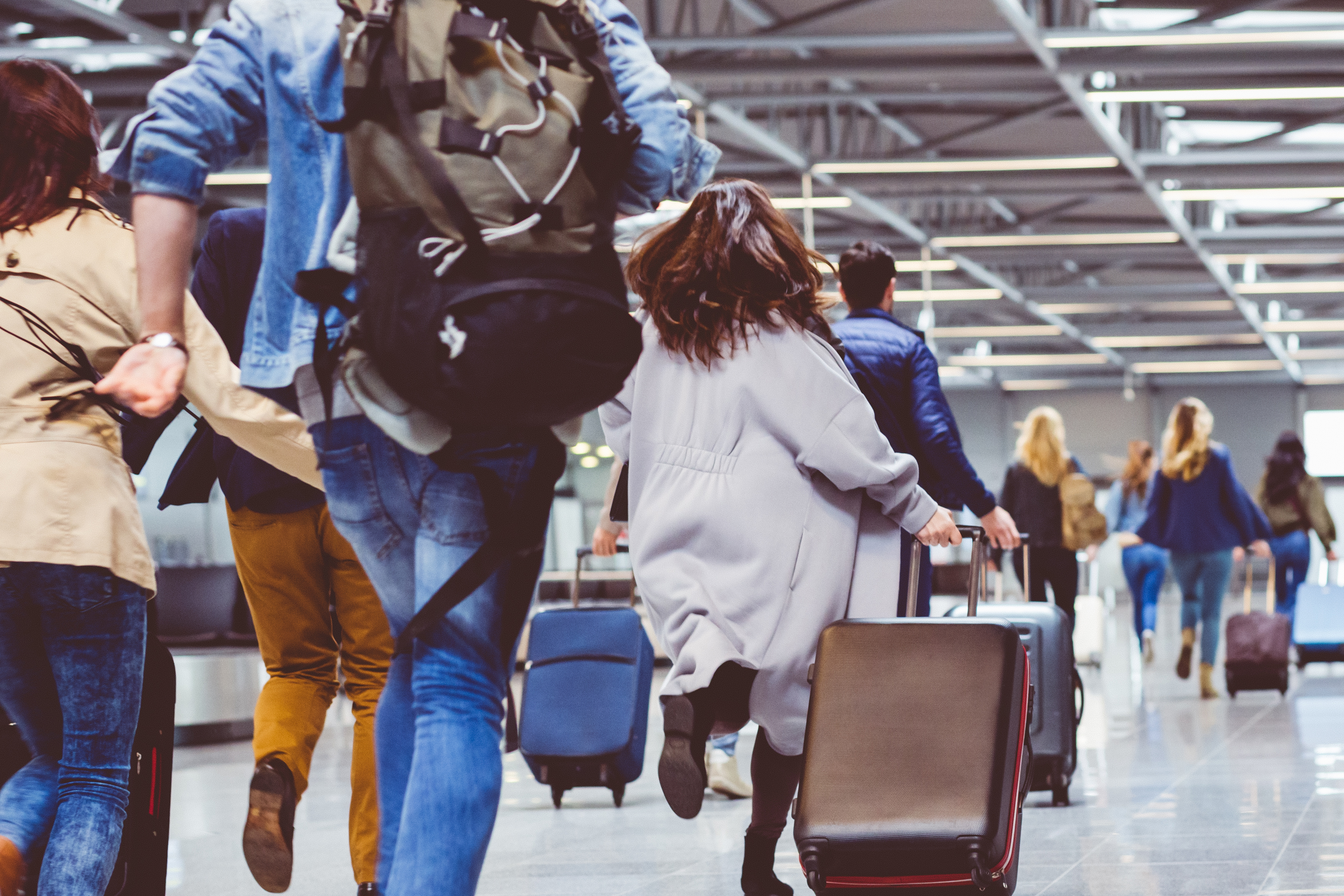 You can do it! We believe in you!

Your airline doesn’t want you to miss your flight either! That’s why they make HEAPS of announcements to let everyone know when flights are boarding, changing gates, etc. Double check your flight number and keep an ear out (is that a thing?) for any announcements about it. Some of the main ones to listen out for are gates changes (you don’t want to go to the wrong place, especially if you’re running late), boarding calls and the dreaded passenger announcements (where the airline calls out for you by name – yikes!). If your plane is boarding and you’re still far away from your gate, go up to ANYONE from your airline, even if they’re at a different gate. They’ll contact your cabin crew to tell them that you’re coming, which could stop them from closing the doors – but you’ll still have to hurry 🏃‍♀️ 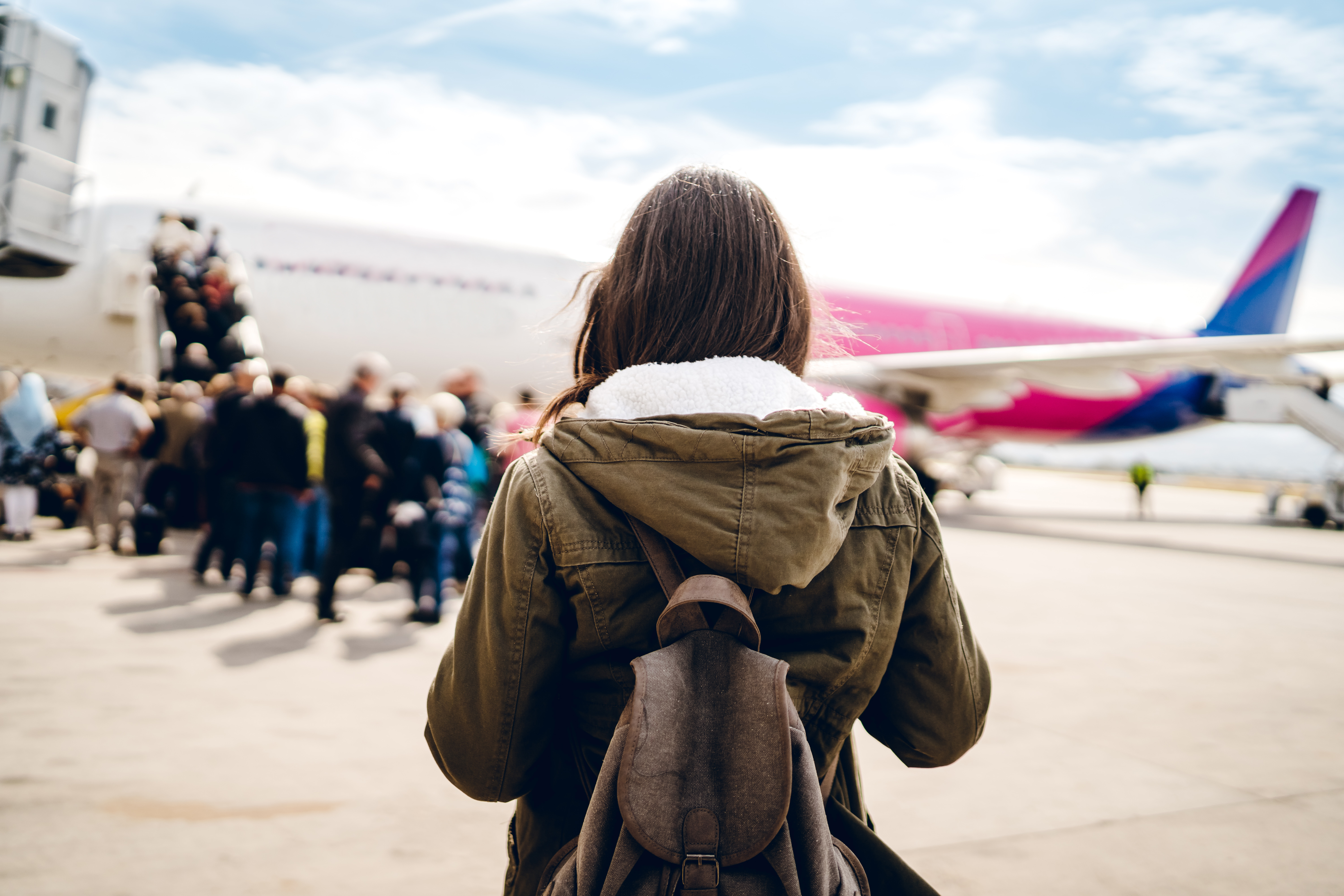 It’s happy days once you make it to the tarmac 😊

5. Ask your flight attendant for help

On a flight that’s been delayed or is running late and you’re worried about making your connecting flight? Okay, you can relax a bit. If your cabin crew haven’t already asked if anyone has a connecting flight, find one of your flight attendants and politely explain your situation. They can tell you if you have anything to worry about – and, spoiler alert, there’s a good chance you don’t (connecting flights have those one and two-hour gaps between them for a reason). But if you will be cutting it fine, your crew can usually help by telling your next flight that you’ll be late and giving you directions to your gate. When you land, they might even tell the other passengers to stay seated while you get off first and make a dash for your flight. Talk about VIP treatment 😎

See, this is what you have it for! If you do end up missing your flight, the cost of replacement fares and any necessary changes to your accommodation can really add up. Call your travel insurance to find out what you can claim and how. Whatever you paid for your policy is going to feel like a BARGAIN investment now. Nice work, Past You 😄

Okay, we don’t want to sound like your mother (who gets to the airport at 7am for a 5pm flight), but remember: the earlier you get to the airport, the less chance you have of missing your flight. So, next time, give yourself an extra 30 minutes of grace time, just in case. Being early never hurt anyone, especially when it comes to flights. And besides, most airports have bars 🍸 😉