What a glorious feeling! Singin’ in the Rain Review

My love of a good musical started in the lounge room of my grandparents’ house. A visit to Nan and Pa’s as a kid always meant watching my very favourite movie, The Wizard of Oz. As a five-year-old, it doesn’t get much catchier than ‘Follow the Yellow Brick Road’ 😉

My guilty pleasure and love of a good musical followed me into adulthood, and so with a nod to nostalgia, on a cool winter’s evening in Sydney, I take a trip down memory lane and head to Sydney’s Lyric Theatre at The Star to enjoy another timeless tale from Nan and Pa’s era, Singin’ in the Rain.

Based on the iconic 1952 MGM movie of the same name starring Gene Kelly and Debbie Reynolds, the stage adaption has just hit Sydney following a successful run in Melbourne (don’t worry Brisbane, Adelaide & Perth you’ll get your chance to sing along soon!).

If you’re after serious feel-good factor, this is the musical for you. The high energy show is packed full of charm, romance, comedy and Tinselstown glamour. Even the sharpest musical skeptic will find themselves smiling and tapping along without even realising it.

Set in 1927, Singin’ in the Rain tells a timeless story of the very first Hollywood musical. Don Lockwood is a famous silent movie star with everything he could want including a well-publicised ‘romance’ with his co-star Lina Lamont. But Hollywood is about to change forever with a new kind of film, where actors actually talk, sing AND dance, ushering in a whole new era. Are Don and the uniquely voiced Lina up to the challenge of making the transition and will talented aspiring actress Kathy Selden fulfil her dream of stardom and steal Don’s heart along the way? 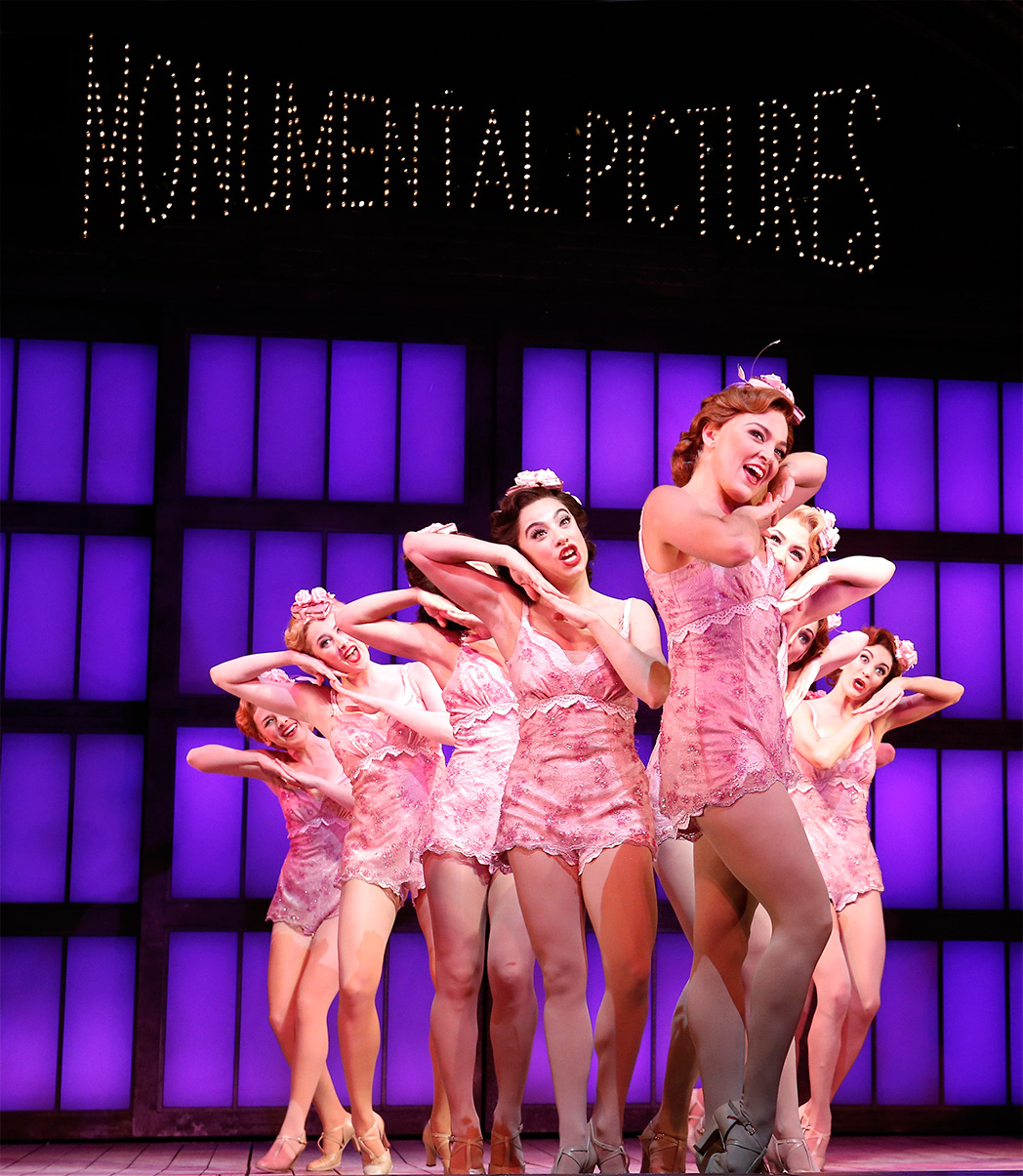 The show features a who’s who of hot Australian talent, including the incredibly talented Gretel Scarlett  (Grease and WICKED) as Kathy; genuine triple threat Jack Chambers (the first winner of So You Think You Can Dance Australia and star of Hairspray) as Don’s best friend Cosmo; and Eriika Heynatz  (Legally Blonde and The Rocky Horror Show) who steals the show as the shriek-voiced Lena.  Grant Almirral, filling in for Adam Garcia as Don Lockwood after the Coyote Ugly star injured his calf on the Melbourne run, is a more than worthy replacement bringing charisma and grace to the role.

Also playing a starring role is the 14-piece band, located high above the stage conjuring up the brassy sounds of Hollywood to well-known songs including Good Morning, Make ‘em Laugh, All I do is Dream of You and Moses Supposes. Band and cast combine to do the film’s renditions justice, not an easy feat. 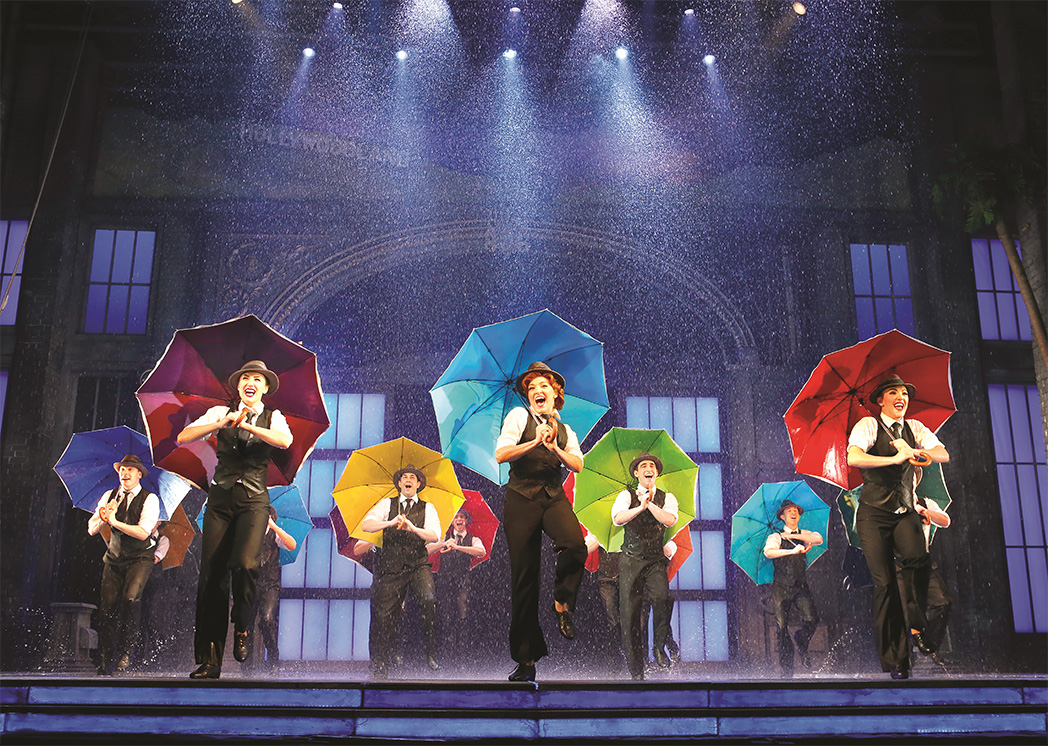 Harder again, the obvious question: how do you bring serious amounts of rain to the stage? The production team have gone all out to create the famous dance scene featuring the show’s namesake song using over 800 metres of flexible pipe work, a 9000kg water tank and a water system that creates a downpour from above as well as flooding from below the stage, in total ‘raining’ over 12,000 litres of recycled water per performance. And let’s just say, if you’re seated in the ‘Splash Zone’, the poncho you’re provided with will definitely be necessary!

Singin’ In The Rain is the perfect dose of escapism to a simpler time that will have you leaving the theatre with a smile on your face and catchy tunes in your head for days to come! Let’s face it, you’re probably singing along already 😉

It’s hard to beat dinner and a show and let me tell you, it doesn’t get much better then the amazing dining options to indulge in at The Star before or after the show. My personal favourite is Japanese restaurant, Sokyo. Chef Chase Kojima and his team combine the best of both worlds with a menu featuring classic Japanese dishes alongside modern innovative interpretations.

All that singing, dancing and succulent food will probably make you want to jump into luxuriously pressed linen in a king size bed, all within minutes walk from the show, so if you’re feeling extra indulgent, make a weekend of it and book a stay at The Darling Hotel. What a glorious feeling that would be 😉

Where in the world have you seen your favourite musical and what is it?

Nic was a guest of Singin’ in the Rain.