..is the noise my girlfriends and I make as we enter our hotel room at The Line Hotel, LA.
Flailing and high-fiving each other, the scene we’re making is positively embarrassing. Henry, our smiling concierge, backs out slowly.
“You like the view, I see” he says as he giggles off into the hallway.
In front of us, at the foot of two double beds, is a floor-to-ceiling view of the Hollywood Hills, with the Hollywood sign in little white font in the distance. It’s awesome. 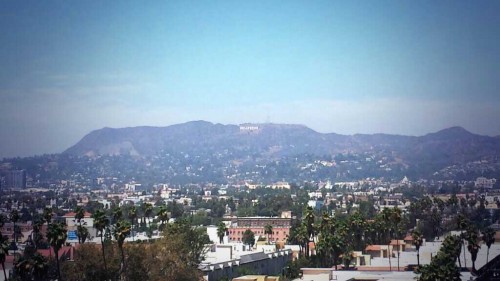 Squealing over and done with, it’s time to explore LA’s hottest new hotel. Like its location, Hollywood’s Koreatown, The Line Hotel is anything but straight and narrow. Opening in January this year, the refurbished building is modern, but feels quite industrial – you know, like when you half finish a room?

Walking down the silver and ginger carpeted hallways, flashes of textural funkiness light up the concrete. 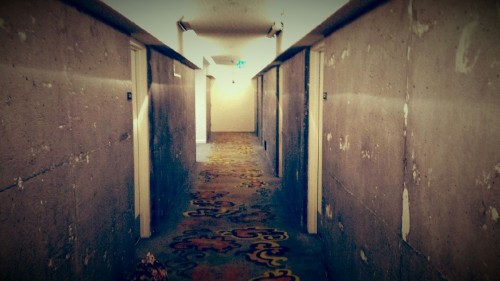 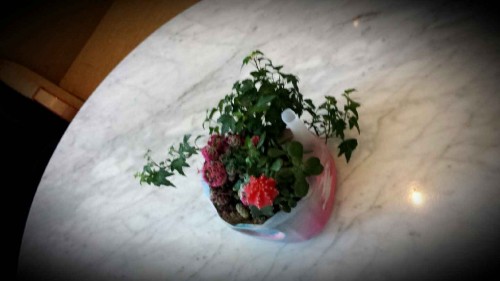 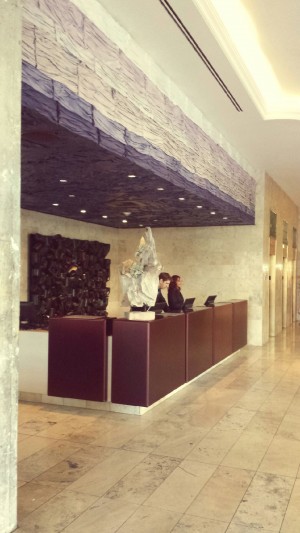 It’s a trendy overload.
Flowers in recycled plastic water buckets sit on white tables in reception. T-shirts are glued to the ceiling. Cartooned faces of gangsta rap gods Ice Cube and Tupac stare at us from a wall in the lobby POT Café. 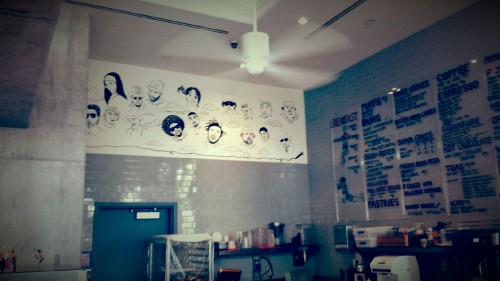 Staff are dressed in smart-casual jeans and black Nike sneakers. Seriously, could this place get any cooler? 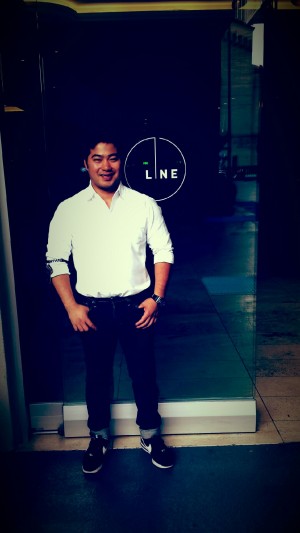 It’s a classic California day outside. The sun is burning down, cars toot at one another, flip-flopping ladies wear summer dresses- in short, it’s time to hit the pool.
And it’s not just any pool, it’s a rooftop pool two stories up. Skyscrapers tower over us, and it really is, as they say, an urban oasis. We order iced coffees, which are (thank god) some of the best we’ve had in America so far. 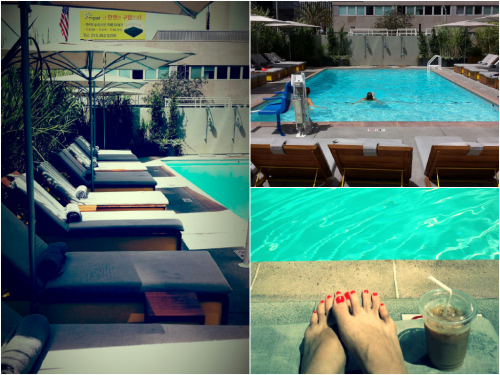 Behind the pool, the hotel’s greenhouse restaurant, Commissary, offers up crafty cocktails and super-fresh meals using ingredients from their on-site garden. It’s on the same floor as the restaurant and also doubles up as an event space. 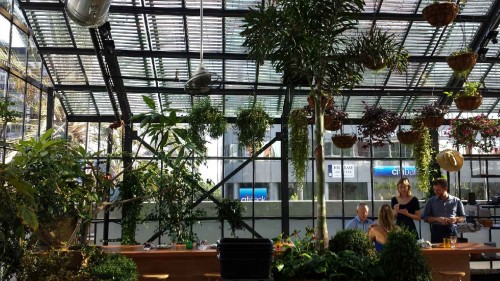 And Commissary isn’t the only place to get food. Executive Chef Roy Choi fronts Korean street restaurant POT, the Lobby Bar, and the POT Café, which serves up all sorts of crazy Asian cakes, coffees, and brekkie food. 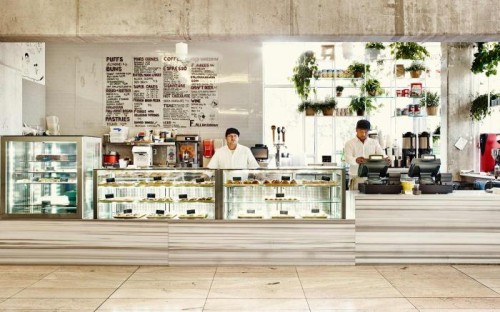 Perhaps one of the coolest things about The Line Hotel is its closeness to the LA Metro. There’s a station just across the road, and it’s a short walk to get a train to all the must-sees. And with LA’s traffic being a nightmare (most of the time), that is great news! You can leave the car valet duties with Henry and his mates at concierge. Parking is around $20 dollars a night. 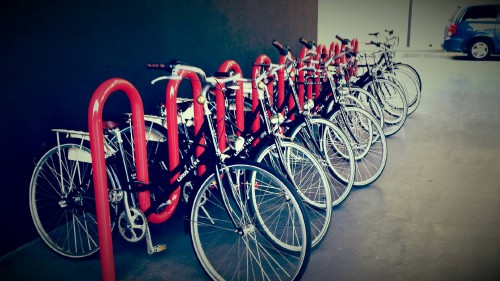 Exploring the local area is also a cinch. There are bikes for hire (just ask Henry) that will get you around to all the eats and sights of busy-but-friendly Koreatown. 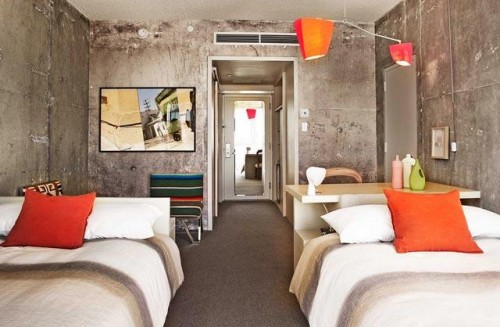 Back in the room, we gaggle at the stationary on the desks. Our ‘double double room’ is big, bright, and blacked out at the touch of a button.

We wake the following morning and freshen up. The bathroom supplies are steal-and-re-use-later-worthy.
(Seriously, I’ve still got the bottles.) 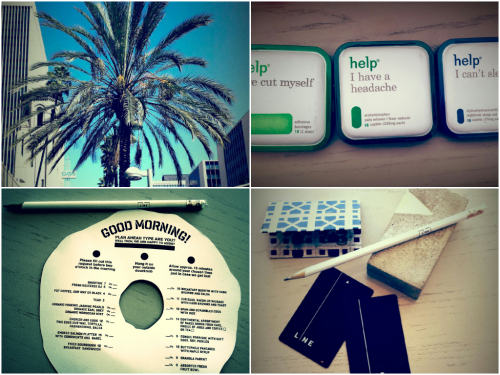 We love our time at The Line, but (unfortunately) all good things must come to an end. As we leave, we wave goodbye to Henry the only way we know how: with a high-five and a flailing squeal out the car window.
Mitzi stayed as a guest of The Line Hotel.
What’s the coolest hotel you’ve stayed in? Brag about it in the comments.