Claustrophobia, according to Wikipedia, is the fear of having no escape and being closed inside small spaces.

I’m walking down narrow stairs into the limestone Lake Cave in Margaret River. It’s the deepest cave in the region and I’m in one of those situations where my body says “No”, and my mind says, “Mitzi, stop being such a chicken.” 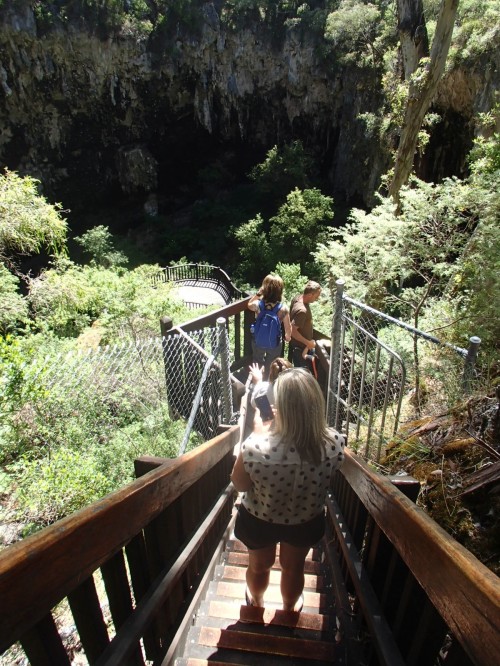 One by one, our tour group descends the 350 stairs into the mouth of the cave. And at the end, an opaque black hole waits. I pause, needing an inspirational quote to get me through. 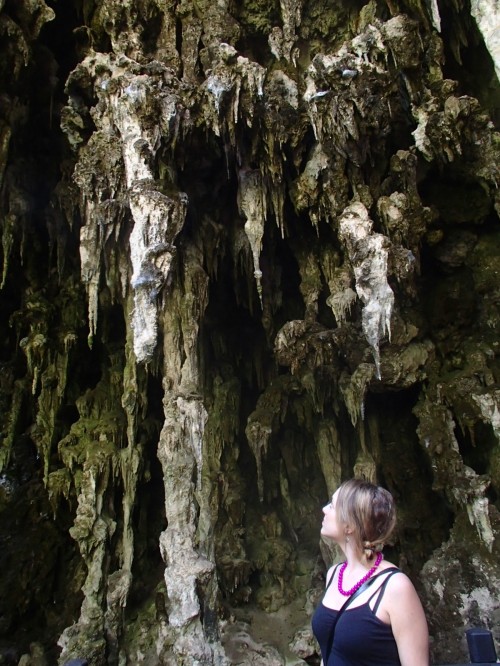 I gingerly take three steps inside, take a final look at the sun, grip the railing and duck beneath rock, into darkness.

In the black, it’s dark, cold, and quiet except for soft plops of water hitting water. I can sense space, but darkness is deceiving. My eyes adjust.

Dianne, our Caveworks cave guide, stands with a white gleam of light to her right. Her torch. She flicks a switch and a wooden path appears. The chambers of the cave are revealed. 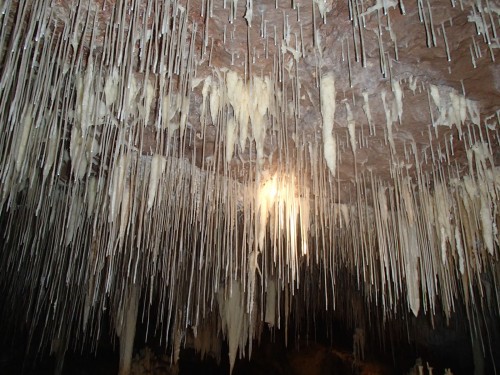 I look around. Thin straws reach down like fingers from the roof. Thicker ones stretch from the ground up, each one unique and up to 500,000 years old. They form columns when they meet in the middle. It’s slimey and surreal.

It’s how I imagine another planet to look like. 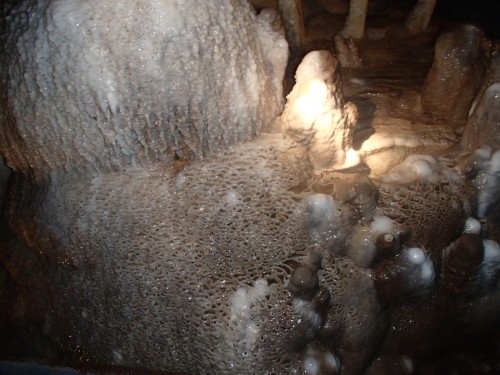 The dripping is constant. It takes 10 months for the water to seep through from the top soil. As it sinks, it degases and crystallizes as it goes, forming the stalagmites that reach down. The white stalactites grow in crazy shapes from the ground up. 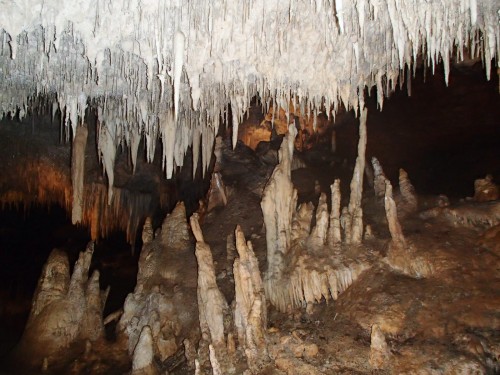 The white formations are still growing

The Lake Cave in Margaret River is one of three caves you can explore in the region. Found in 1867 by a lady named Francis Bussell’s horse that stopped in front of the hole leading into the cave.

30 years later it was found again by a man named Tim Connelly who went in with a lamp and found waist deep water. He opened it to the public in 1901. 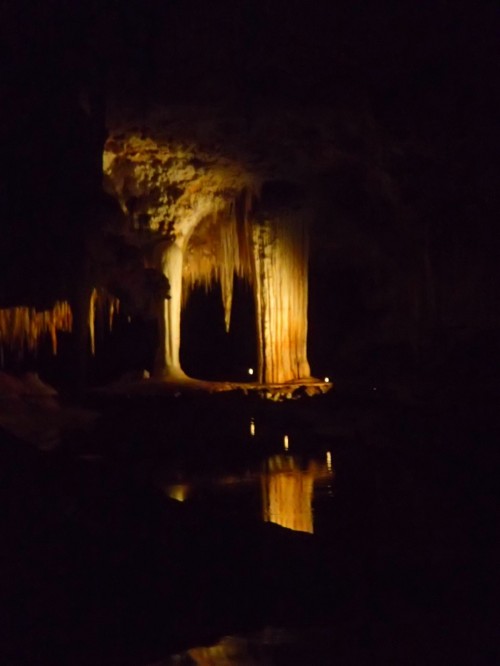 The Suspended Table formation, the only one in the world!

We slowly walk into the layers of the cave until we reach the end and take a seat. Dianne flicks another switch and the entire cave illuminates from end to end. It’s a photographers dream and I silently wish I had a better camera to do it justice.

Then, the lights go off and we sit in complete blackness. I hear the water dripping in the distance.

I wait for my eyes to adjust. They don’t. But I’m at peace, claustrophobia all forgotten.

Mitzi was a guest of Caveworks.

Have you explored any caves? Tell us in the comments.