Get a golden ticket! We review Charlie and the Chocolate Factory

Do you want to escape to a world of pure imagination? Who doesn’t? 😉 Well, I have just the show for you!

Charlie and the Chocolate Factory, The New Musical, playing at Sydney’s iconic Capitol Theatre until June, has all the right ingredients for escapism.

Based on Roald Dahl’s novel of the same name (which, can you believe, was published over 50 years ago?!), it tells the story of a genius but reclusive chocolate-maker named Willy Wonka. Looking to retire and needing to hand over the reigns to a new generation, he runs a Golden Ticket competition where five lucky children win a tour of his mysterious factory, with very interesting consequences!

It’s a delicious tale most of us are familiar with, having grown up reading the book or watching one of the film adaptations, but that makes it no less entertaining. The story of Charlie Bucket, the Golden Tickets, the Oompa-Loompas and the amazing Willy Wonka has become firmly embedded in our culture and passed from generation to generation. 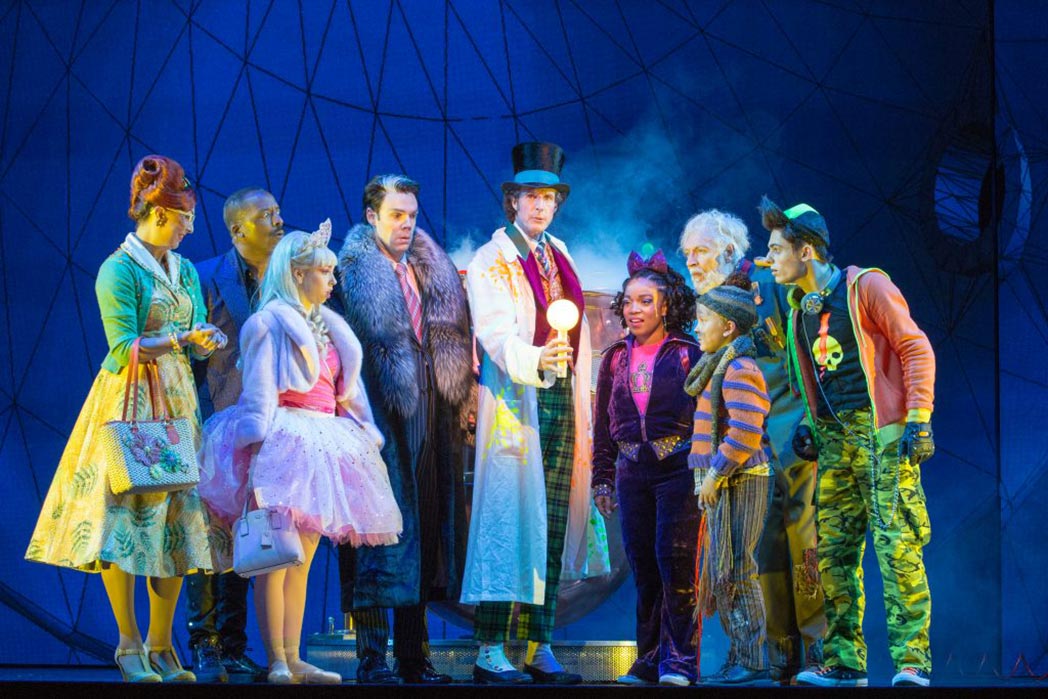 That familiarity brings a sense of expectation to the stage production, but the show strikes just the right balance between the old and the new. Songs from the 1971 original movie like ‘I’ve Got a Golden Ticket’ and ‘The Candy Man’ feature alongside new tracks, while other aspects have been modernised. Mike Teavee, for example, is now a computer hacker. Aussie cultural references to Ned Kelly and the Eureka Stockade also give Australian audiences the sense that this show is just for them, even if some those references will likely go over the heads of the kids!

American actor Paul Slade Smith, part of the original cast of the Broadway adaptation, controls the stage and brings the eccentric Willy Wonka to life with just the right amount of charm and darkness. He leans more towards Gene Wilder’s Wonka (the less said about Johnny Depp’s unhinged interpretation the better, IMO). 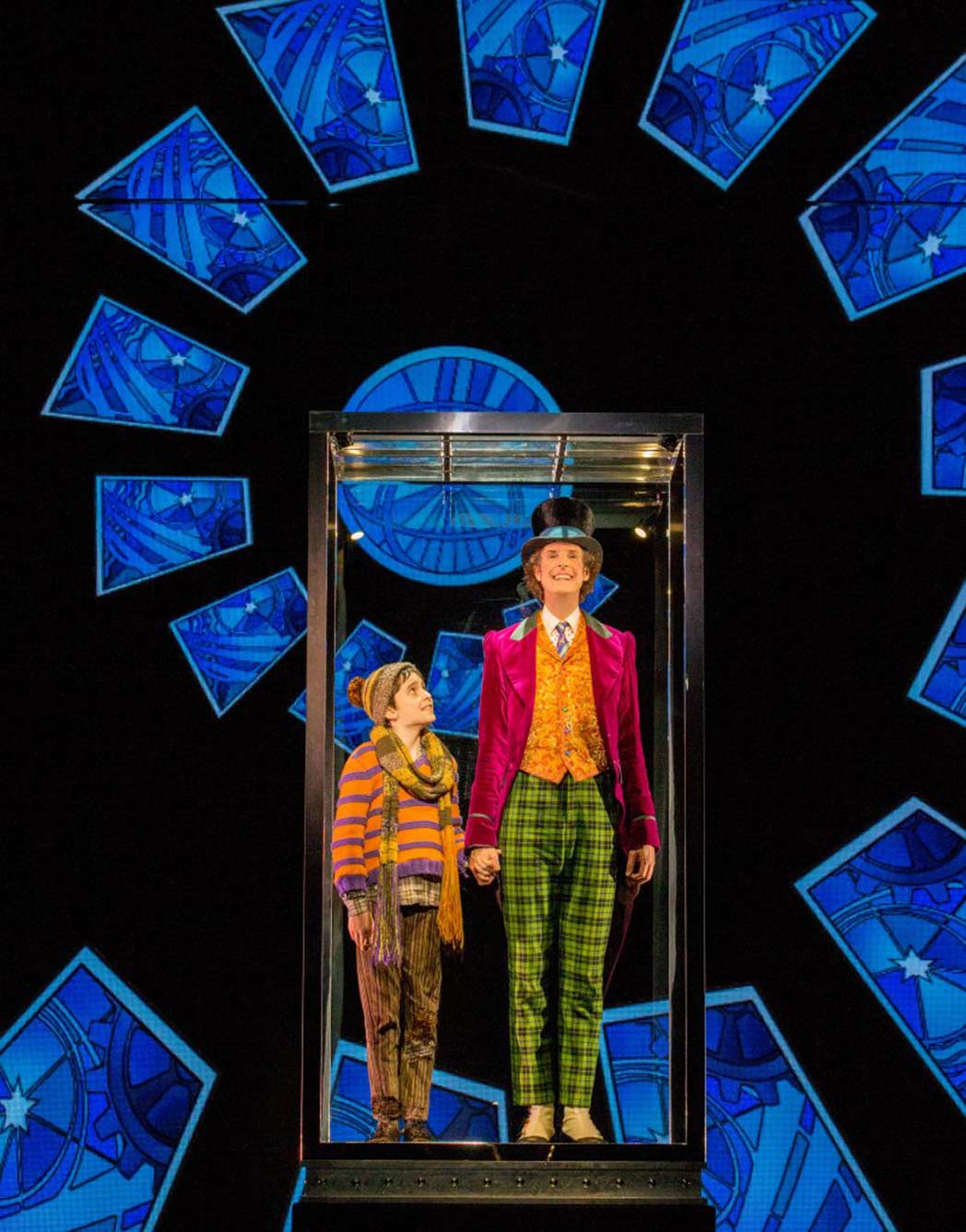 Charlie, a role shared by four young actors ranging in age from nine to 13, is angelic and perfectly juxtaposed against the other bratty children he shares the factory tour with. In an interesting but genius casting decision, the other children are all played by adults.

Each obnoxious child is introduced to the audience with their own song, all of which are brilliant. I’d be surprised if you don’t laugh out loud during Augustus’ (played brilliantly by Jake Fehily) and Mrs Gloop’s (the equally fabulous Octavia Barron Martin) very funny German beer-hall-inspired tune ‘More of Him to Love’. 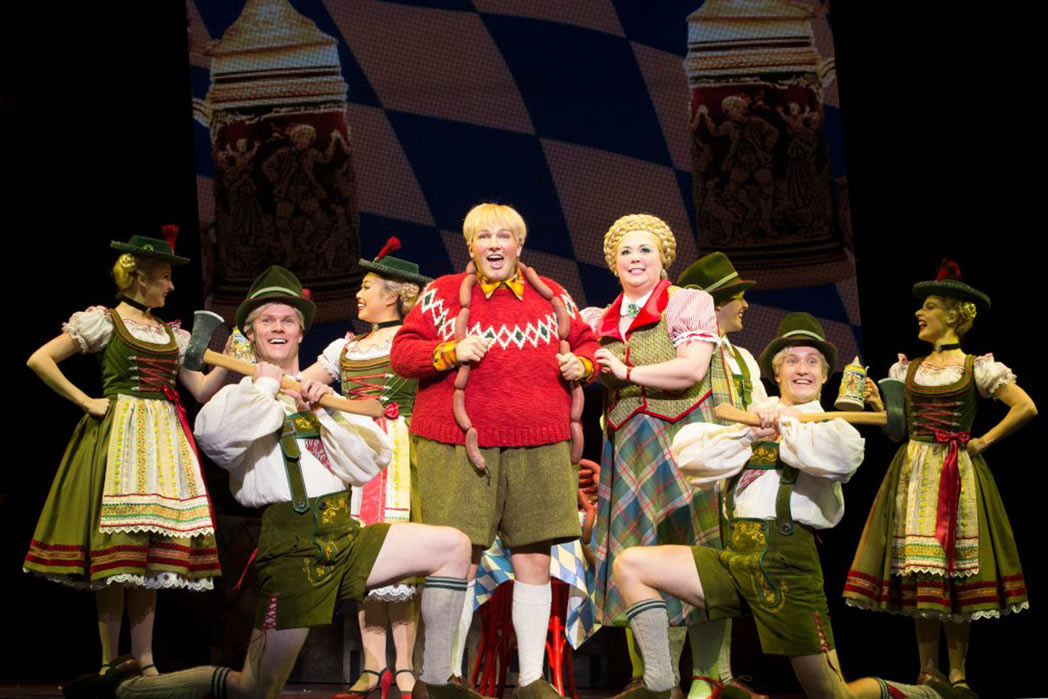 And while we’re singing the praises of the cast, we must talk about Grandpa Joe, Charlie’s 90-and-a-half-year-old partner in crime and grown-up plus-one for the tour. Australian stage legend Tony Sheldon is an absolute delight and arguably steals the show with his witty one-liners, twinkle-in-his-eye delivery and broad Aussie accent as he brings the superior storyteller and big-kid-at-heart to life. 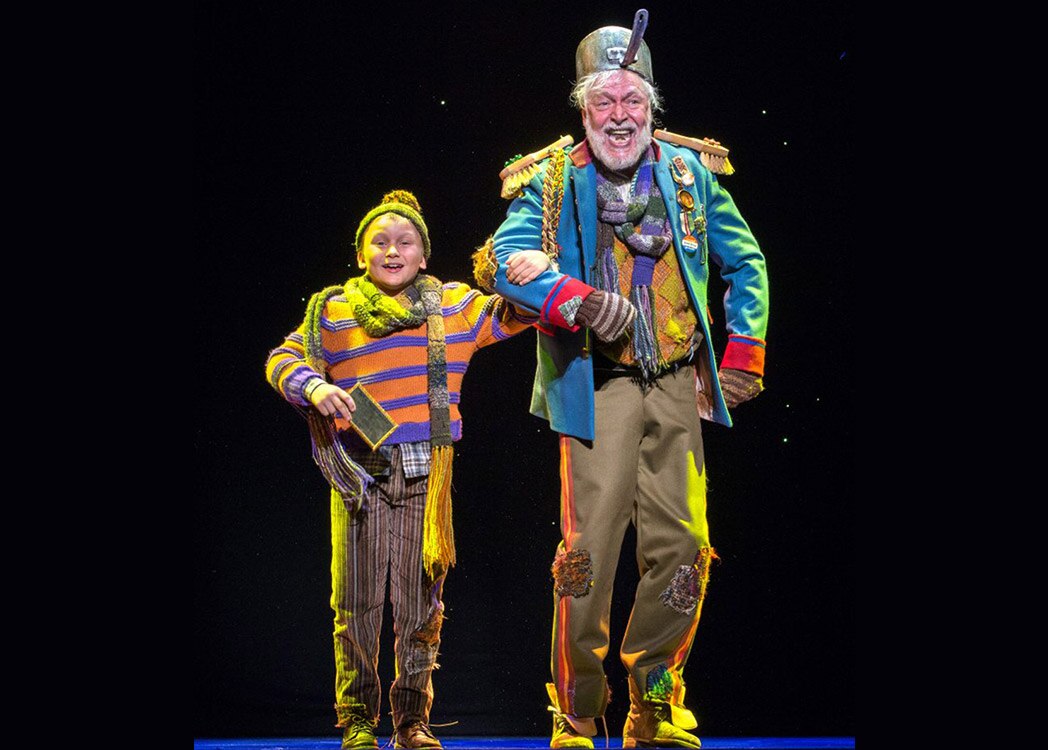 The first half of the show sets the scene without stepping foot in the factory. After intermission, we’re ready for the fun to truly begin and we’re not disappointed.

Clever set design, lighting and choreography all combine to create the magic. I won’t give too much away, but the Oompa-Loompas inject energy at just the right times with a clever blend of performers and puppetry. The troupe of dancing squirrels are sure to put a smile on your face too.

Charlie and the Chocolate Factory, The New Musical is a magical show sure to please audiences of any age. I’m not sure if the five-year-old kids in front of us or their grandparents giggled more! While it might appear to be a kids’ story or simply a morality tale about bratty children, it also hits the nail on the head as a satire of many aspects of modern life. Do whatever you can to get your hands on a golden ticket and see this scrumptious delight for yourself!

Nic attended the show as a guest of Charlie and the Chocolate Factory, The New Musical, but all her opinions are her own.