Broome.  If it’s not already on your bucket list… it should be!

Maybe it’s the location in a pretty remote area of northwestern Western Australia, or the drop dead gorgeous coastline – but there’s something about Broome that has an “overseas holiday” feel to it.

Here are some of my favourite things about Broome. 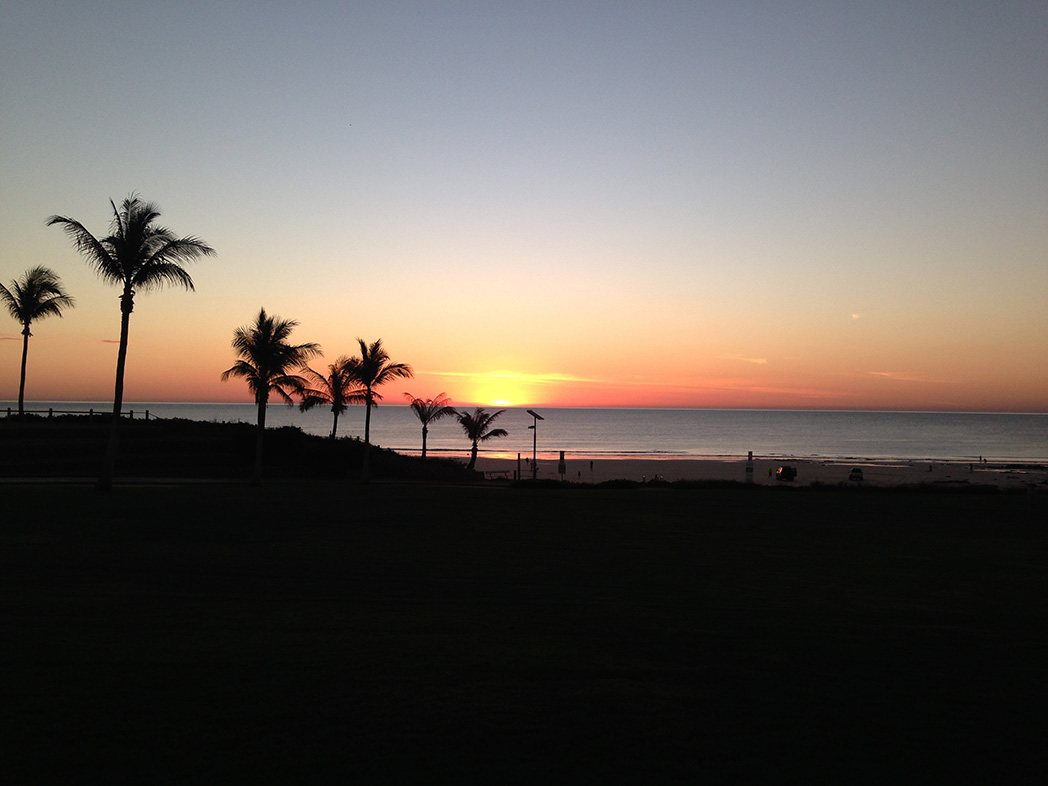 I would never tire of those fabled Broome sunsets.  They rival the most memorable sunsets I’ve experienced in Santorini, Honolulu and the Sahara Desert.  Watching the enormous bright red ball drop ever so delicately into the ocean in this part of the world is truly mesmerizing. 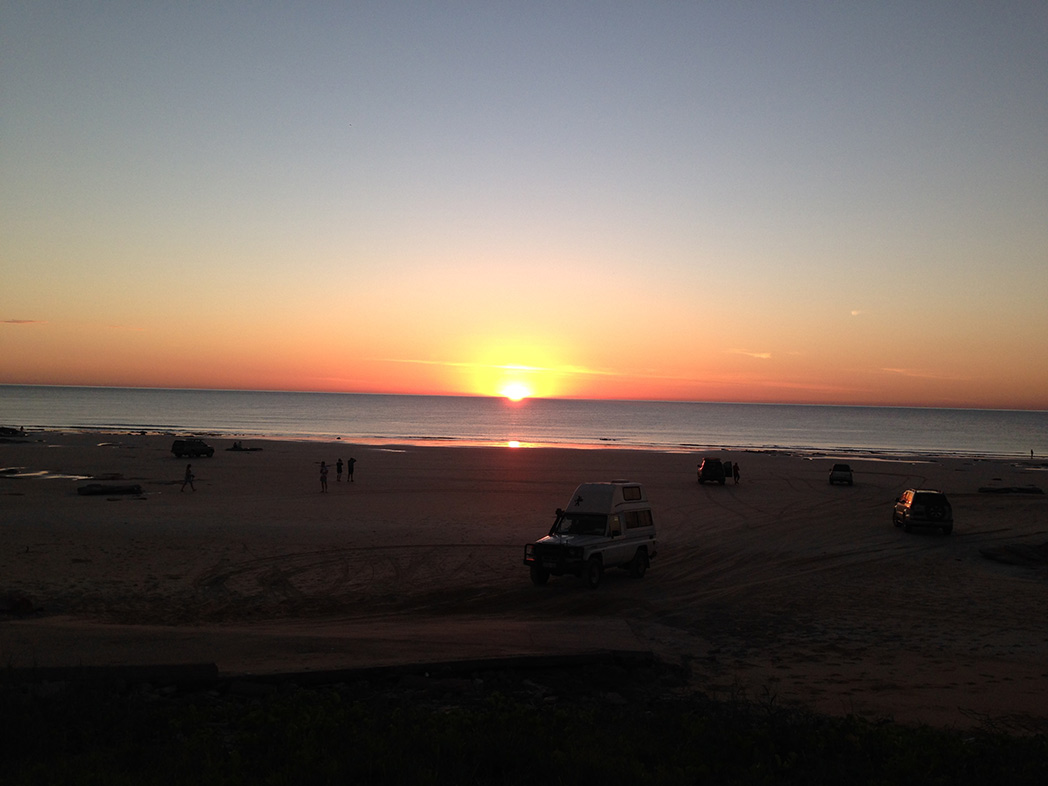 One of the best spots to watch the sunset “glow” is at the Sunset Bar at Cable Beach resort where you can grab yourself a nice bottle of Western Australian wine and a bucket of prawns and make it an all-round Aussie experience. 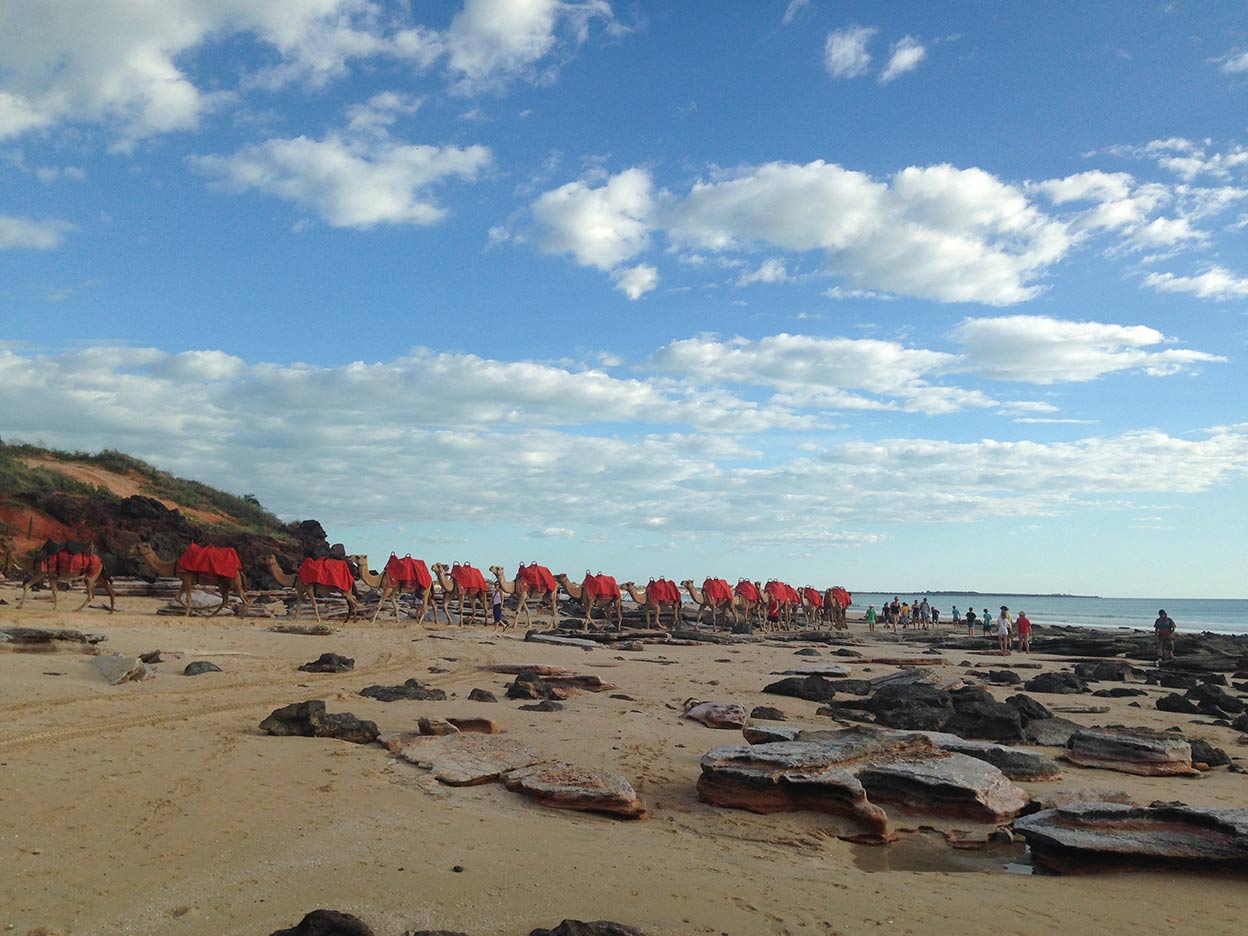 A train of camels on the beach with a magnificent sunset framing the picture is one of the iconic images associated with Broome.  There is something pretty fabulous about literally putting yourself in that picture – and this is a Broome must-do.  You’ll certainly discover why this is regarded as one of the most photogenic spots in Australia. 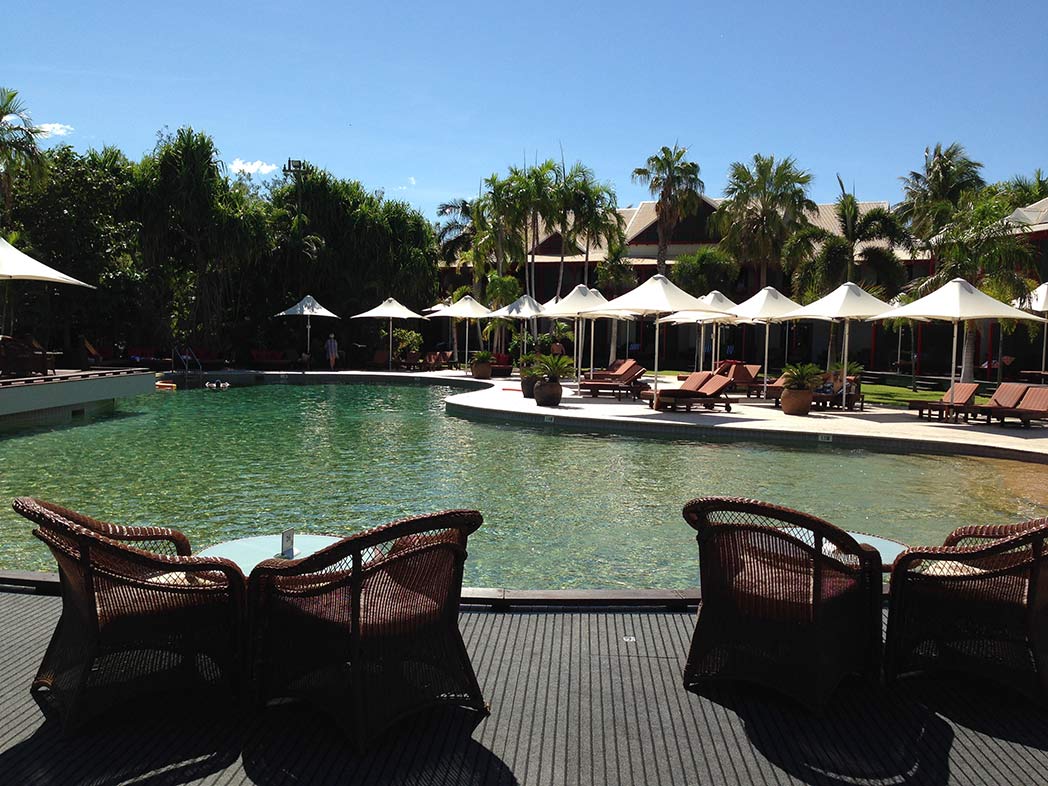 You’ll be in holiday mode the moment you arrive at Cable Beach Resort. The complimentary sparkling wine upon check in certainly helps. The rooms are surprisingly spacious and the recently renovated studio rooms provide a really modern, minimalist, light and airy atmosphere.

The other things I loved about the resort are the luxurious L’Occitane in-room amenities, the complimentary morning yoga classes and the sensational breakfast buffet (with big-city quality espresso).

And of course, the 22 kilometre stretch of famous Cable Beach is literally steps from your room.  It seems much wider than most beaches and it’s perfect for an early morning or late afternoon beach stroll.  Locals swim in the ocean here all year round but visitors are advised that a dip in the ocean is only recommended between April–October, when you’re safe from stingers. 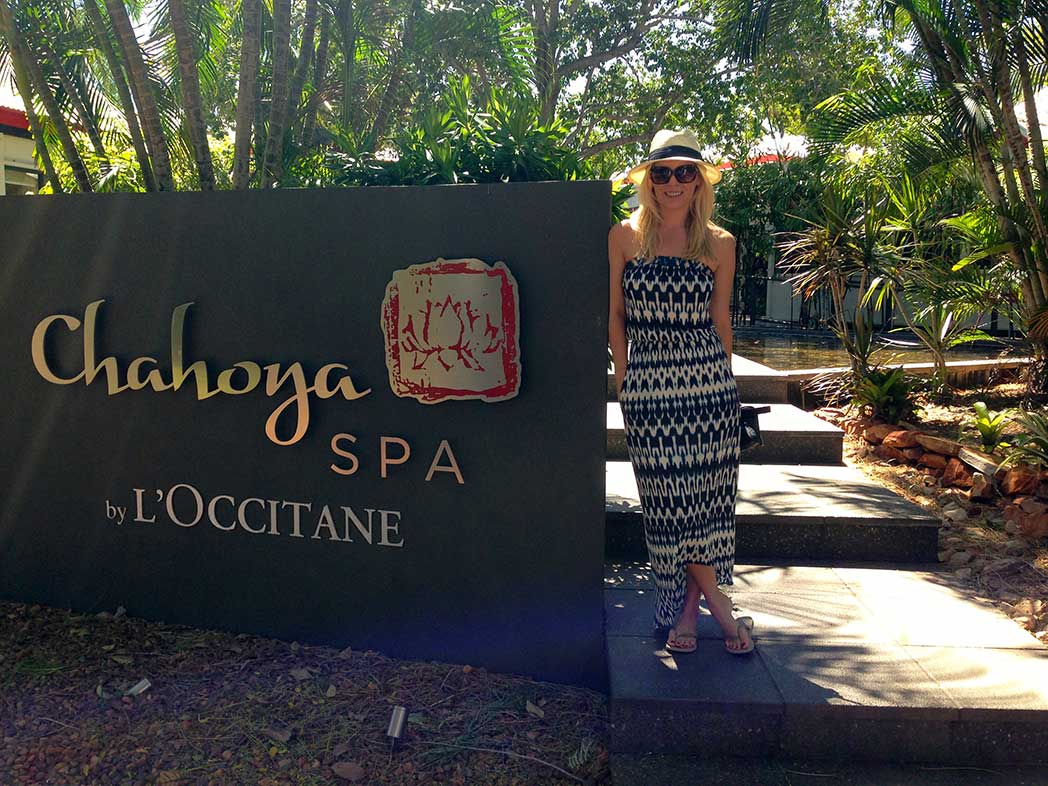 The legendary French skincare brand L’Occitane took over the Chahoya Spa at Cable Beach Resort in 2013.  The Spa is uber modern, slick and stylish with a spectacular collection of stunning Sidney Nolan artwork lining the walls.

Mad if you don’t try the signature “Dreamtime” treatment.  The key ingredient is the locally grown and sourced Kakadu Plum (or “Gubinge” as it’s known around here) which is full of vitamin C and antioxidants with amazing anti-inflammatory properties.  Combining the Kakadu Plum with a selection of decadent L’Occitane body products, the therapist rubs, scrubs and polishes every inch of your body for two heavenly hours.

I can’t decide which I enjoyed most … the foot bath, the body scrub, the body wrap, the head massage, the outdoor shower, the hair mask or the full body massage?   I’m still dreaming about my dreamtime at Chahoya.

Broome was originally founded on a thriving pearling industry and it’s a heritage they’re understandably really proud of. 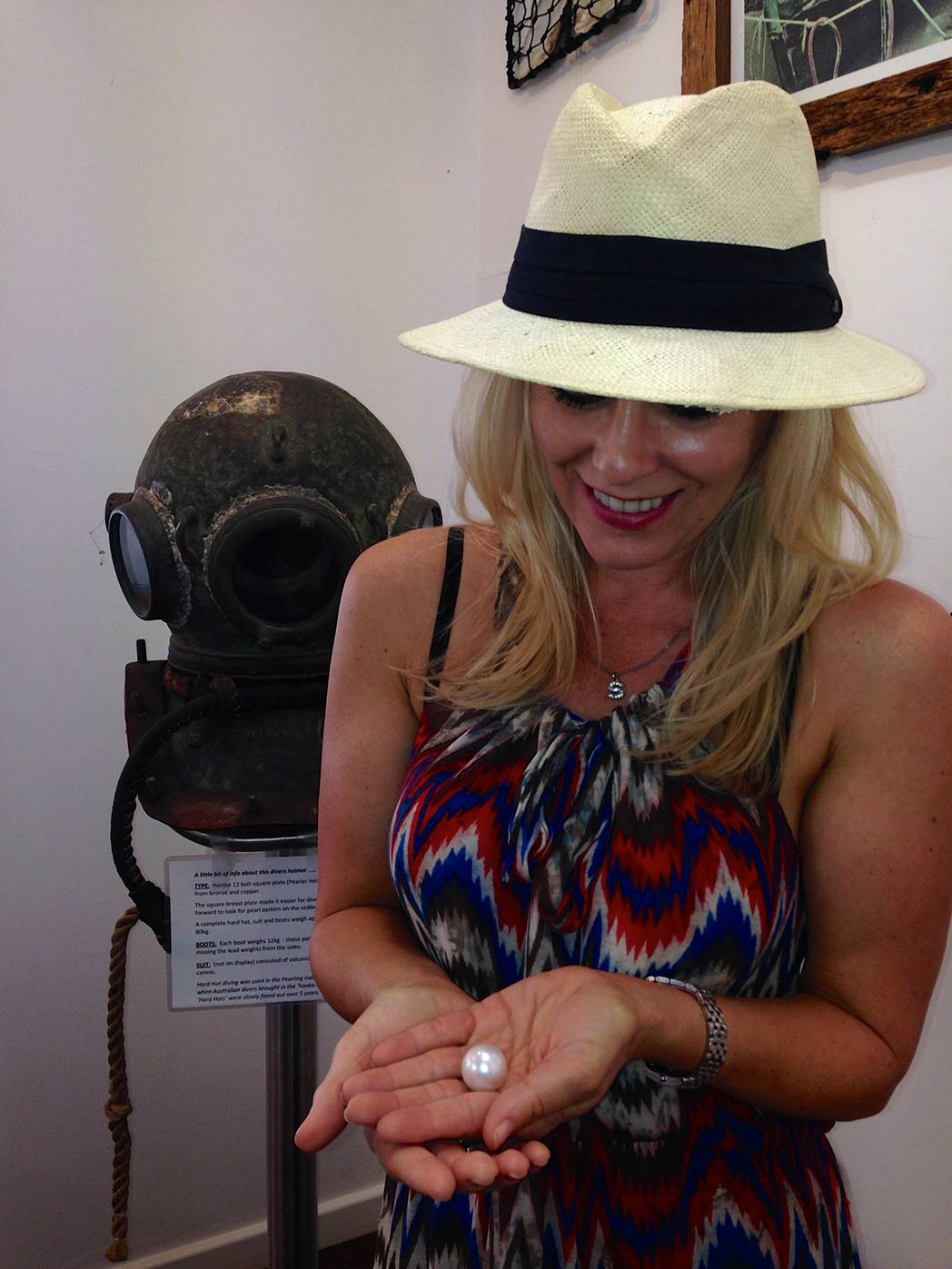 This means there are plenty of shops in town selling a-grade quality pearls at great prices.  One of the world’s biggest pearls is on display at the Cygnet Bay store in town.  Valued at well over a million dollars (although it’s not for sale), this is considered to be the roundest and best quality pearl in the world.

You can find out more about the towns Pearling history by visiting one of the Pearl Farms out of town. 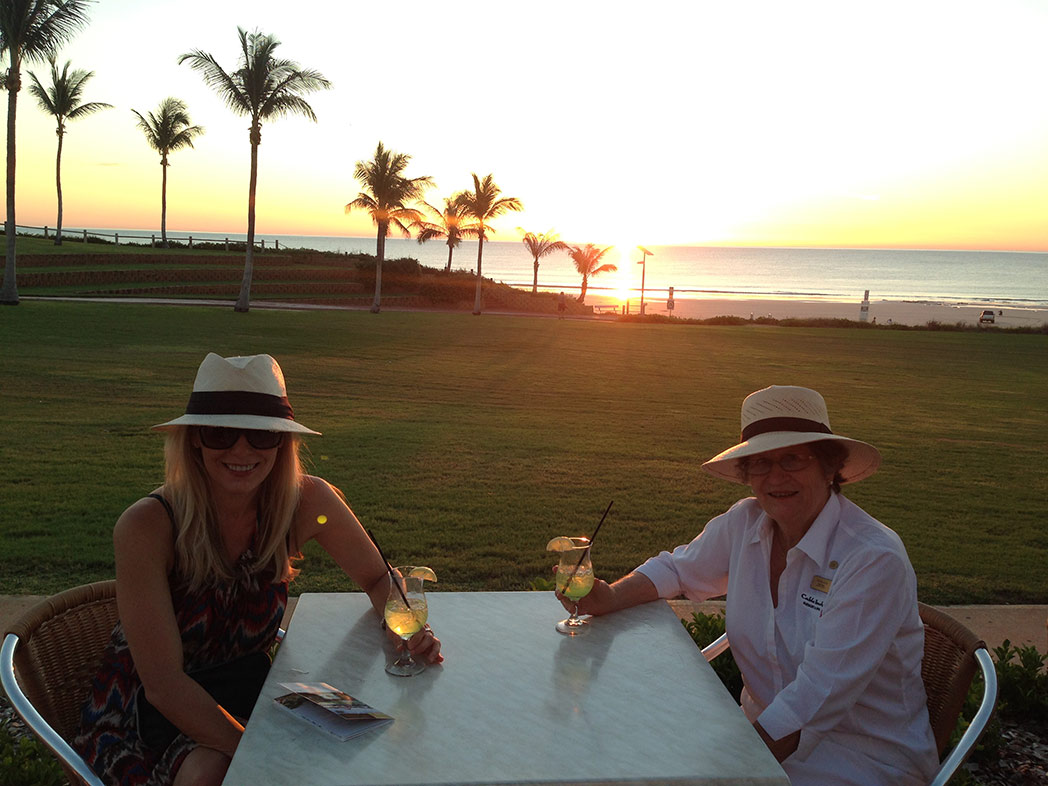 Here’s my tip ladies.  Broome is actually a great alternative to the traditional girls getaway trips to Sydney, Melbourne or the Gold Coast.  It’s an ideal escape for a three day weekend.  And with (seasonal) direct flights available from Sydney , Brisbane and Melbourne  , you can now feel the sand from iconic Cable Beach between your toes in just over four hours! 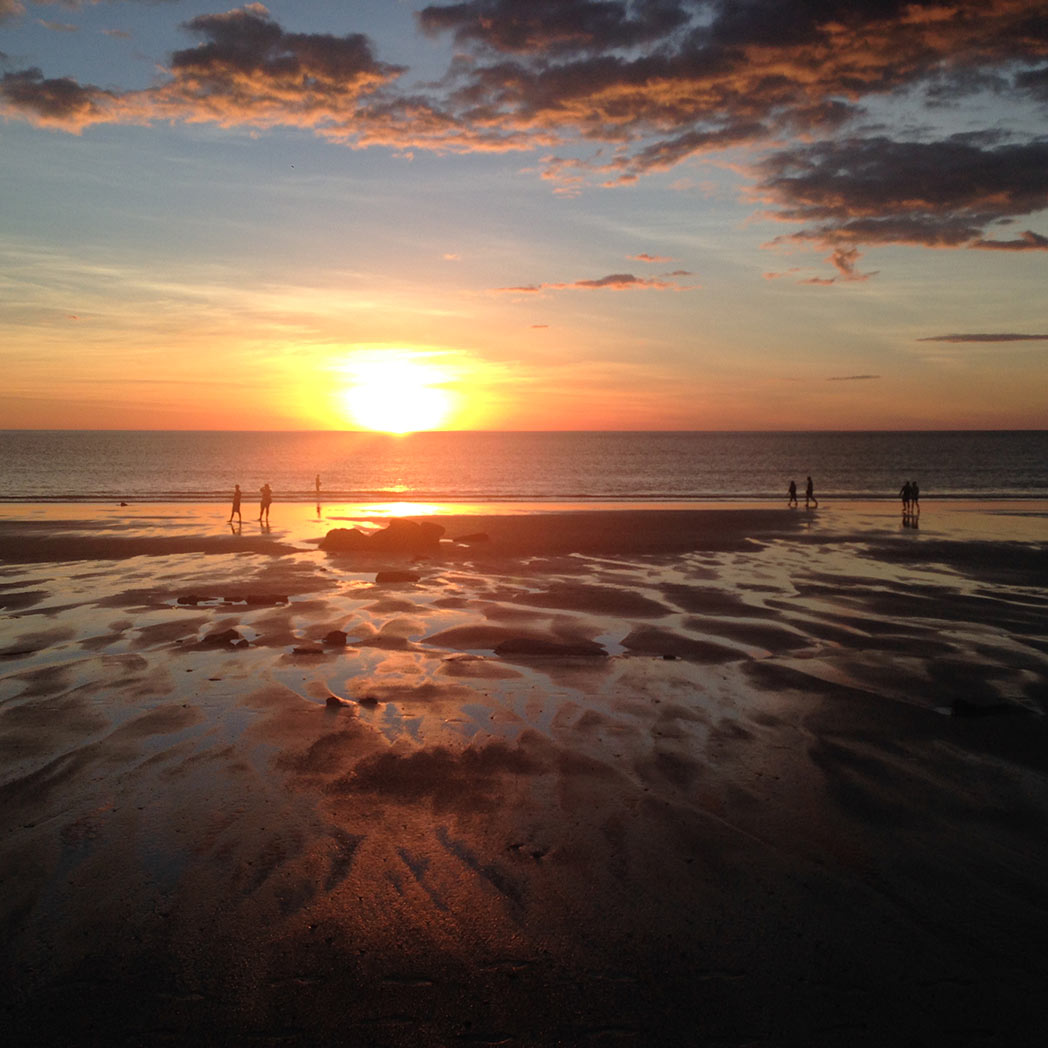 Have you been to Broome? Tell us about it! 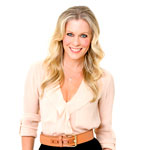