Call me morbid, but my favourite tourist spots always tend to be a touch on the dark side. Old prisons, overgrown cemeteries, gloomy museums, unsettling natural sites – if it’s creepy and weird, I’m interested!

But scary and strange doesn’t have to mean terrifying or depressing. Here are 13 attractions that are creepy and kooky, but also fun, historically significant, and even beautiful. Add them to your travel bucket list… if you dare.

America’s finest museum of medical history, Philadelphia‘s Mütter Musem is the place to go if you want to see slices of Albert Einstein’s brain, a 9ft long human colon, or North America’s tallest skeleton (measuring 7’6″). In the past you could even show your support for Mütter’s important preservation work by adopting a skull. 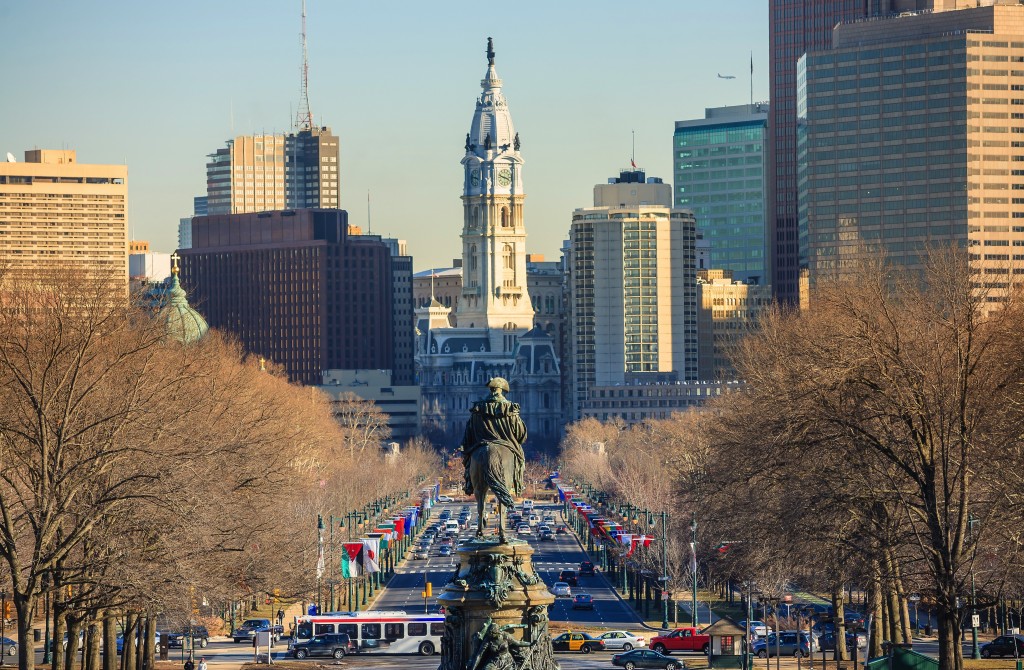 2. Island of the Dolls, Xochimilco

South of Mexico City, the Isla de las Munecas (Island of the Dolls) makes for an unsettling day trip. For over 50 years the island’s caretaker, Don Julian Santana Barrera, collected old dolls and strung them up in trees. Legend says Julian did this to appease the ghost of a little girl he found drowned, but unfortunately the dolls themselves ended up possessed by even more dead girls. Probably not the intended result… 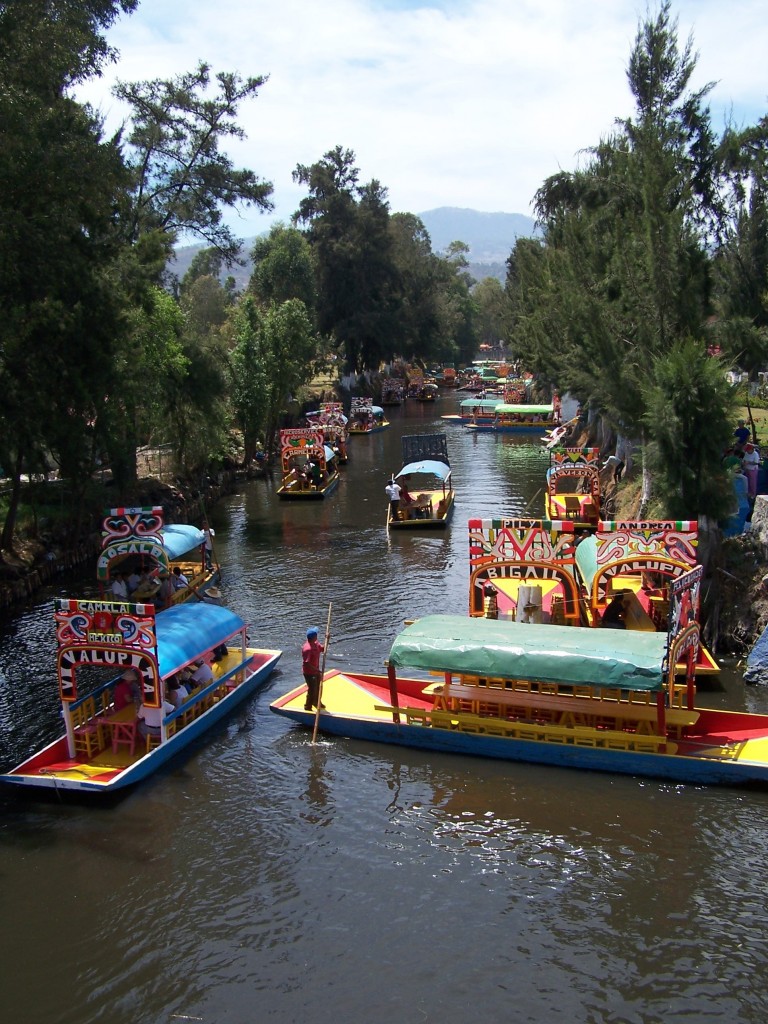 Just a few metres below Paris‘ romantic, glamorous streets, the Catacombs are home to the remains of around 6 million former residents. The massive crypt was created in the late 18th century in response to the severe overcrowding of Paris’s traditional cemeteries and has been open to tourists since the early 19th century, when it was a popular venue for nobility dinner parties and picnics. Ah, bon appetit? 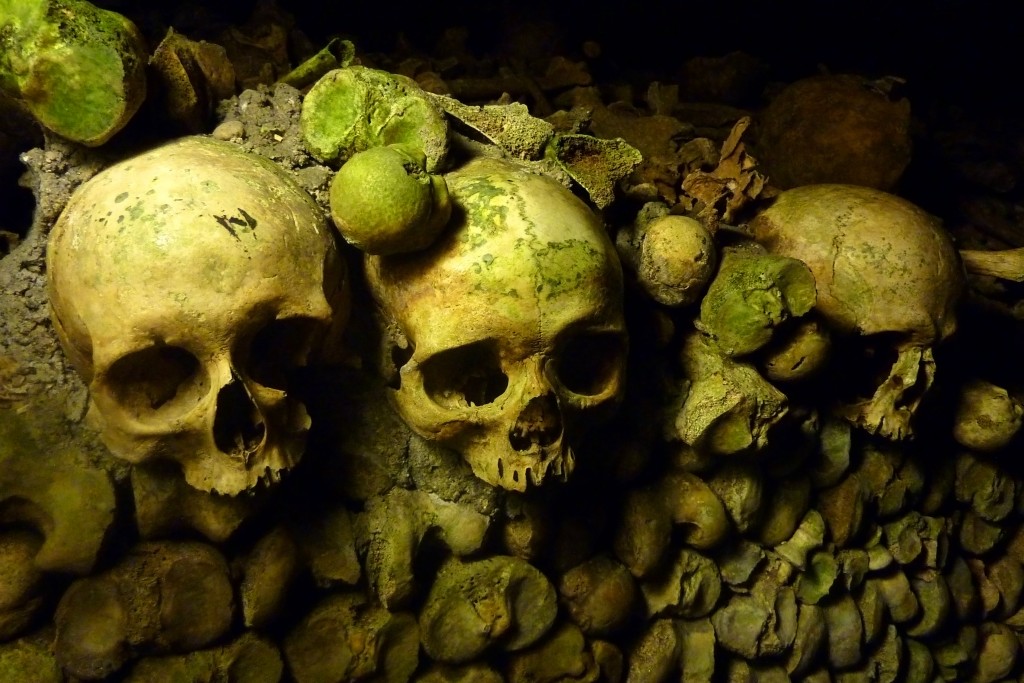 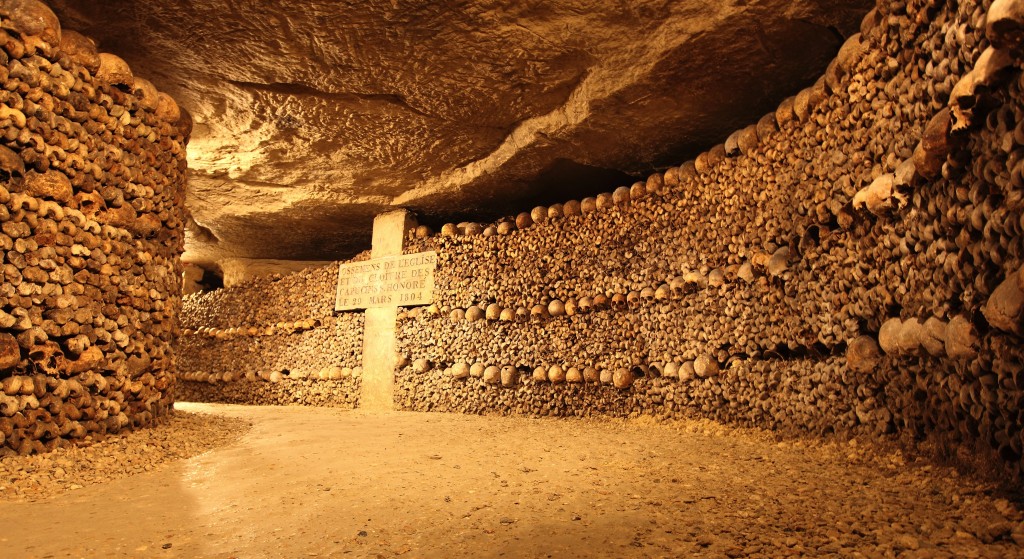 Perfect for your next wedding, birthday, or bar mitzvah

Bangkok‘s New World Mall might not scare you, but it sure freaks me out! In 1999, a fire destroyed the already abandoned mall’s roof, which allowed it to gradually fill with rainwater. This caused a major mosquito problem, which the locals solved by introducing freshwater tilapia fish to eat the pests. The fish thrived, multiplied, and now star in YouTube videos that keep me awake at night. 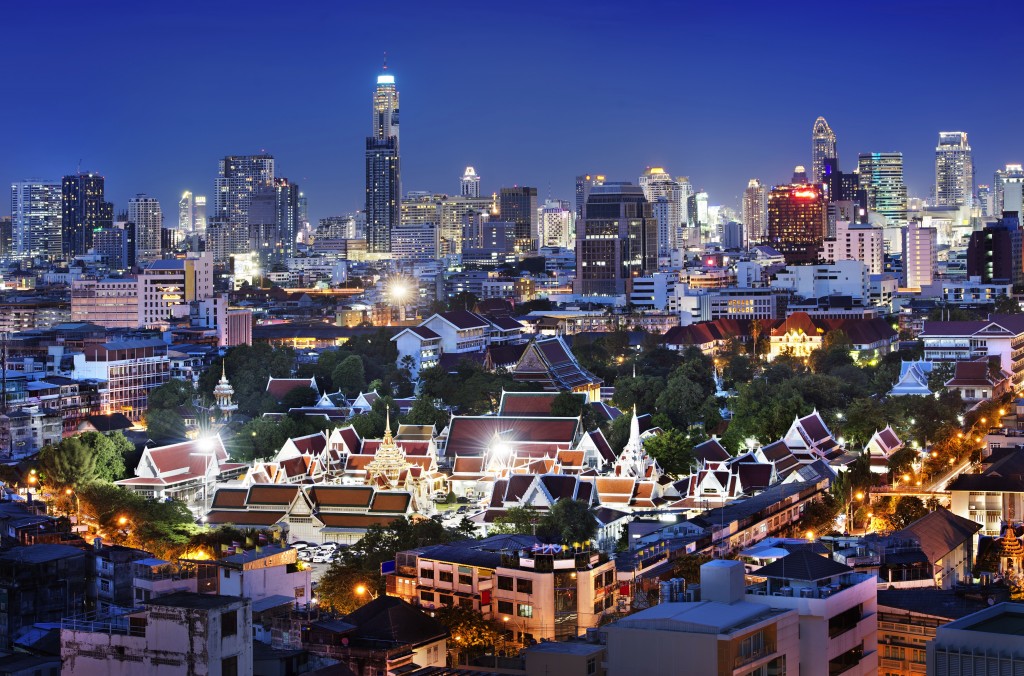 Bangkok. The fish are waiting for me, somewhere…

Famous for its brutal convict history, Port Arthur in Tasmania has become a popular destination for amateur ghost hunters and historians. Believers (and open-minded sceptics) can even join late-night paranormal investigations to collect evidence of ghostly goings-on. They also receive a DVD recording of their experience, making them stars in their very own Blair Witch Projects (although hopefully with fewer runny noses). 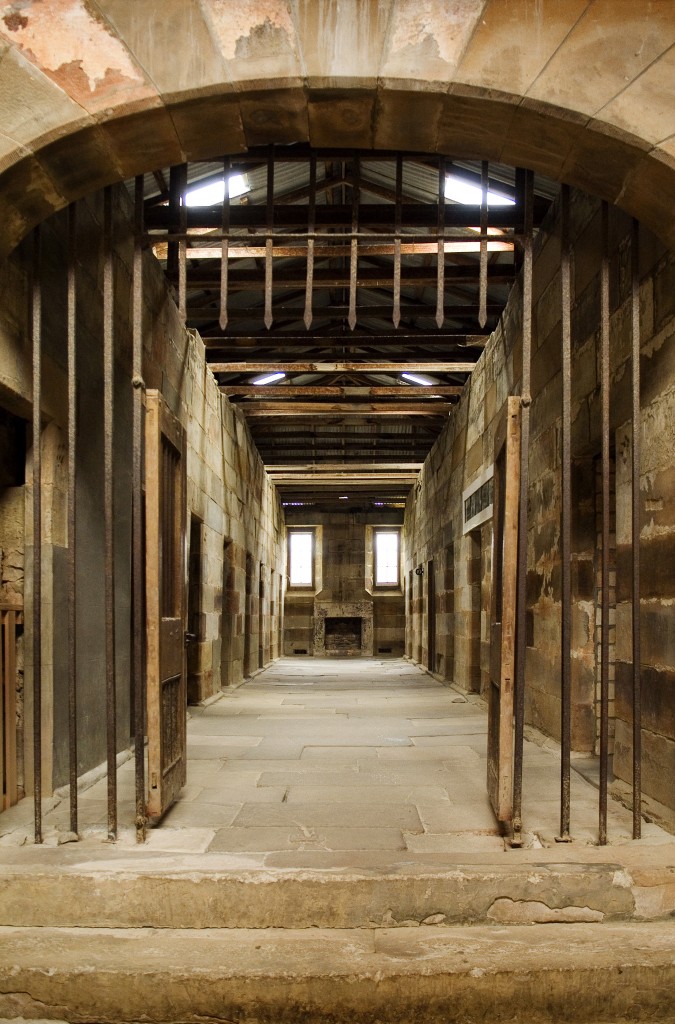 The Winchester Mystery House is the former residence of Sarah Winchester, widow of gun magnate William Wirt Winchester. According to popular belief, Sarah Winchester moved to San Jose on the advice of a medium, who told her she must start a never-ending building project to create a home for the spirits of everyone who had been killed by a Winchester rifle. The end result: a labyrinthine mansion full of bizarre features like séance rooms, stairs leading to ceilings, and doors to nowhere.

Hoia Baciu Forest, near Cluj-Napoca in Romania, is reputedly the world’s most haunted forest. Visitors have reported ghost sightings, UFO encounters, mysterious faces appearing in photographs, intense feelings of anxiety, and a strong sense of being watched. Some have even claimed to have to have suffered unexplained rashes, scratches, and burns.

Oh, and did I mention that Cluj-Napoca is the capital of the former province of Transylvania? Yeah. 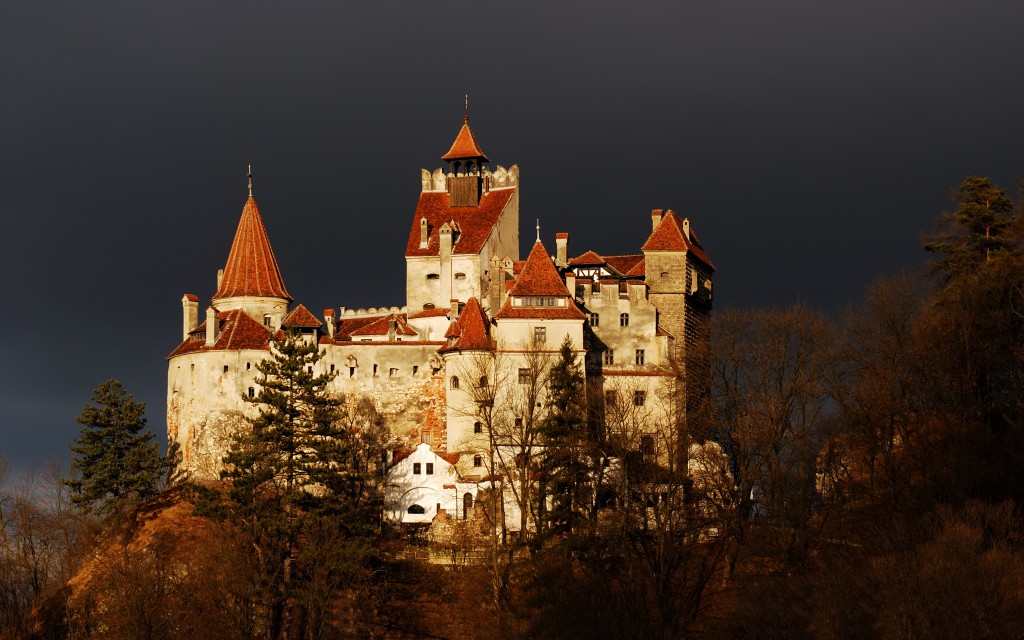 Bran Castle, Transylvania. Not at all creepy.

Turkmenistan may not be a blip on your travel radar, but its tourism industry has grown rapidly in recent years. One of the main attractions? Derweze’s Door to Hell, a flaming 70m crater in the middle of a natural gas field. The pit was created by a drilling rig collapse in 1971 and the fire intentionally started to burn off the escaping gas. It was expected to burn out after a couple of days, but continues today with no sign of stopping.

The Door to Hell is tricky to get to, but I promise it’s possible. Your best bet is to fly to neighbouring Uzbekistan or Azerbaijan, then cross the border by land or sea. 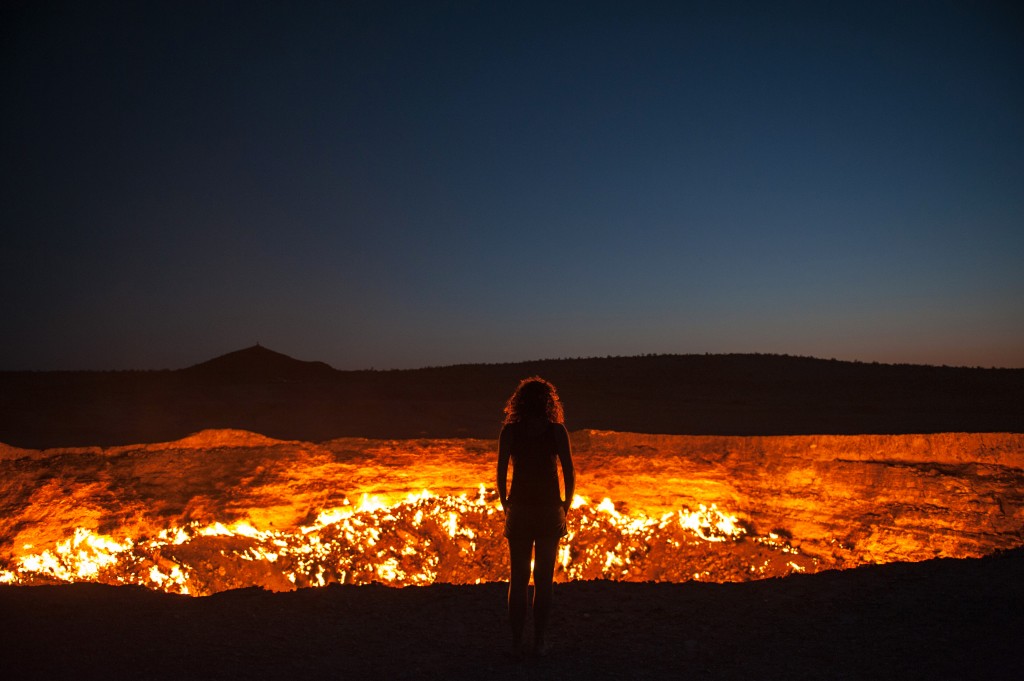 Another one that’s not everyone’s idea of scary, but I couldn’t resist adding New Zealand‘s Waitomo Glowworm Caves to the list. I haven’t been (yet), but I’m told the boat ride through the caves – which are, in parts, pitch-black aside the glowing bodies of millions of worms – is like floating in space. A strange, even claustrophobic experience, but one that’s unforgettable. You can book your cave tour here. 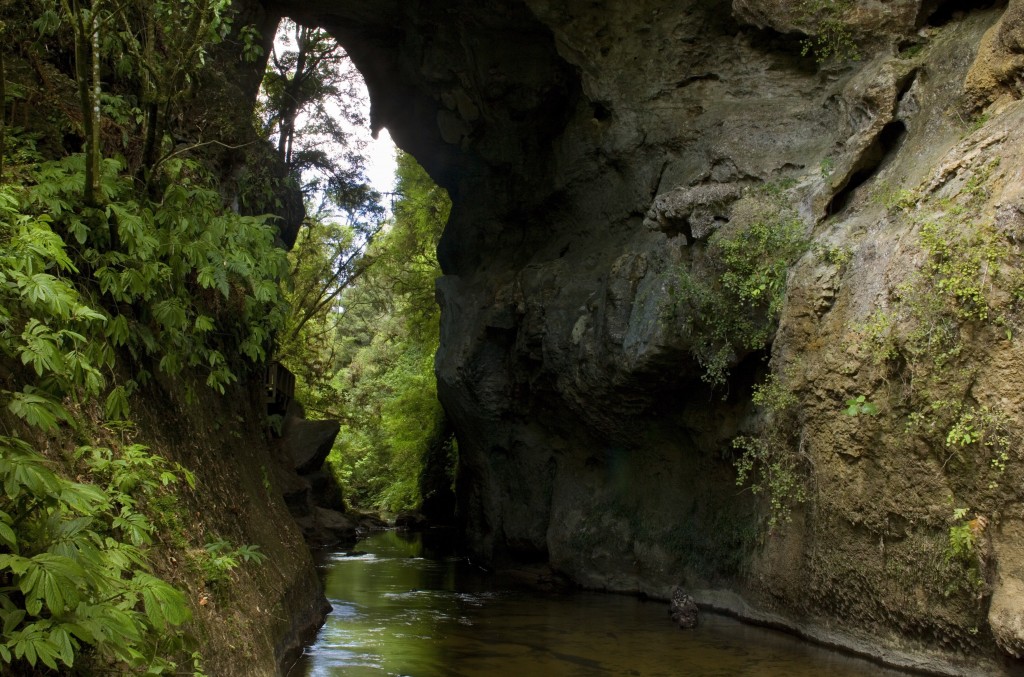 Waitomo Caves: Gateway to another world

In the shallow waters of Cancun, the Museo Subacuático de Arte (MUSA for short) is a collection of more than 500 submerged sculptures. Made from materials that promote coral growth, MUSA has now formed a complex reef structure that’s home to a vast array of marine life. But as fantastic as that is ecologically, MUSA’s “Lost World” feeling is also slightly unsettling. 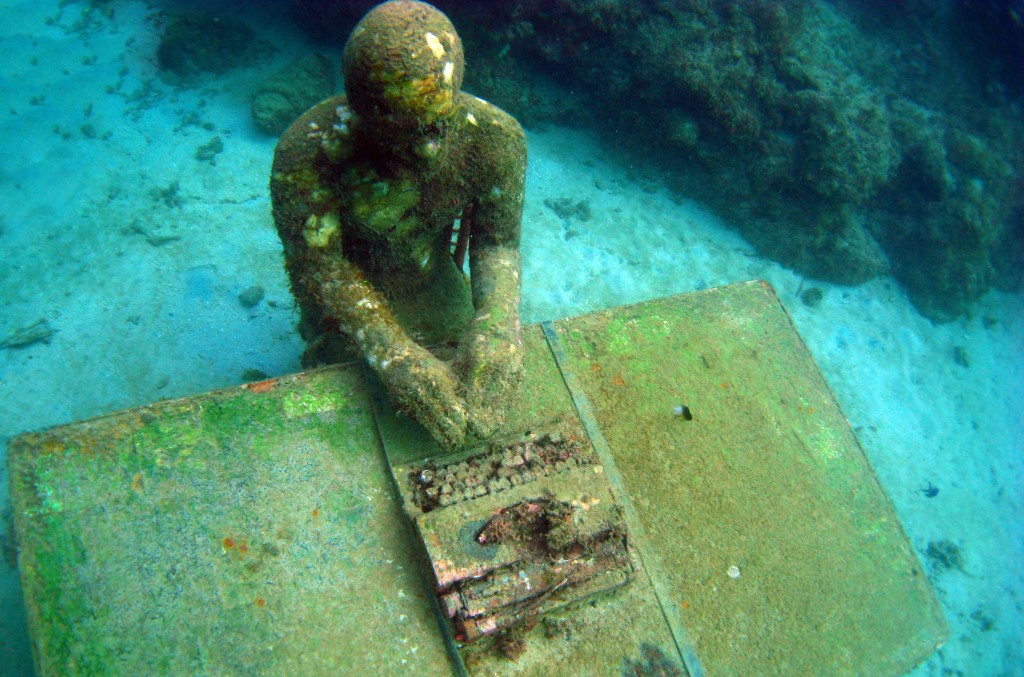 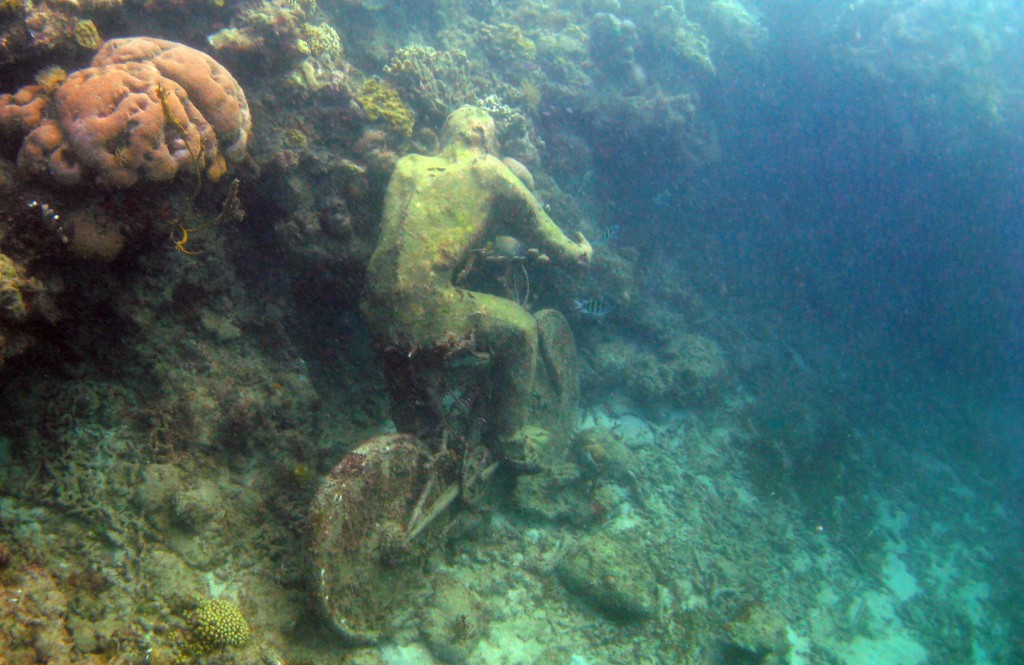 The MUSA site is an easy snorkel or scuba dive, even for beginners. Check out these tours!

Ah, Denmark – home of Carlsberg and The Little Mermaid. With the Vikings now long gone, there’s nothing to be scared of here, right? Wrong! Head to Zealand and you’ll find Dragsholm Slot, a haunted castle you can actually stay in. Dragsholm is inhabited by three ghosts – the Grey Lady, the (former, obviously) Earl of Bothwell, and the White Lady, whose skeleton was supposedly found in a wall during renovations carried out in the 1930s. 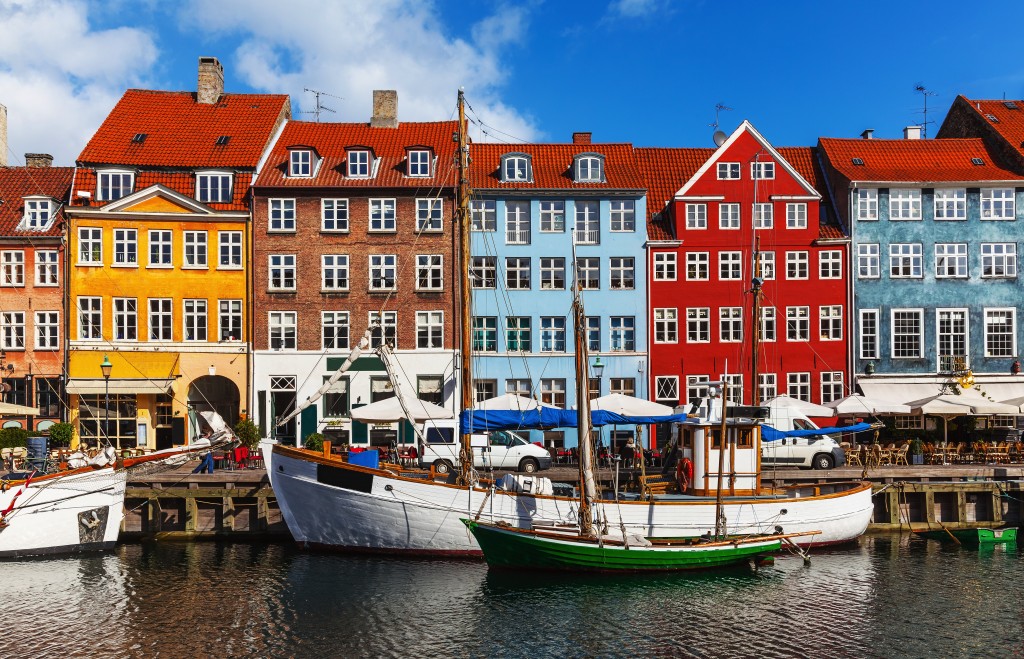 Love carnival rides? Zombies? Delaware? Then Frightland is for you!

Set on a working farm, Frightland has eight horror-themed attractions, including a haunted hayride and zombie Western town. It’s recommended for ages 12 and up, and all parking fees are donated to leukaemia research.

Delaware has no international airport, but the capital of Dover is just over an hour’s drive from Philadelphia International Airport. 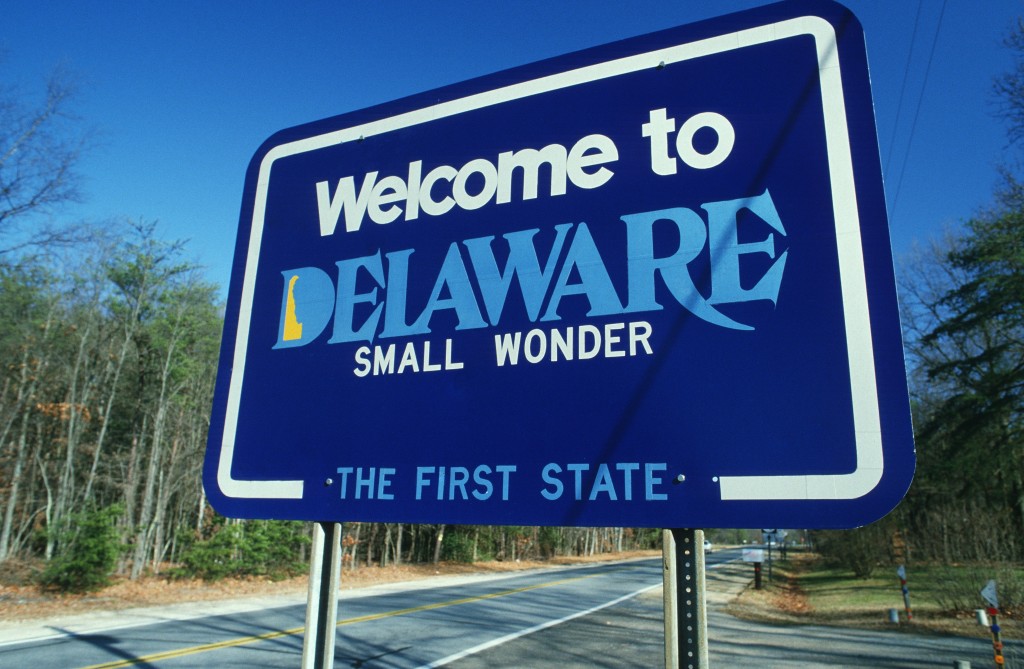 Delaware: The First State… of terror!

Every year around Halloween, millions of migrating bats gather in a small section of forest in Zambia‘s Kasanka National Park. The tiny vacationers stay for about six weeks and fill the sky each day at twilight when they fly off to search for food. The bats particularly love fresh mangoes, which probably takes an edge off their “scary” status, but the sight of them all in flight is still incredible. 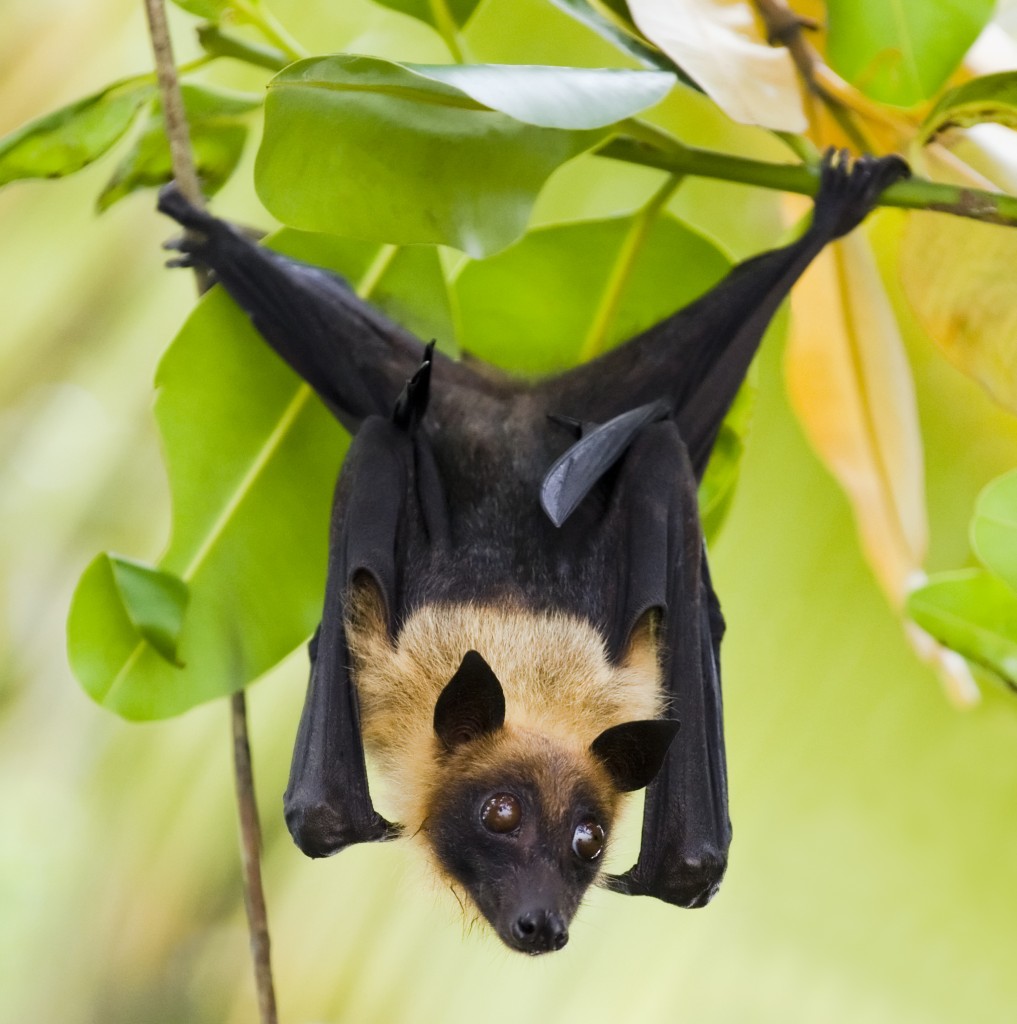 Is it dinnertime yet?

Have your holidays taken you anywhere scary? Tell us in the comments!