Get naked! 10 of the best Aussie nude beaches

If you grew up near a nude beach, your parents probably told you to stay away from it. Which, of course, made you desperate to ride your bike past… slowly. But you’re all grown up now and clothing-optional beaches aren’t the perve-fests some people would have you think. Many are family-friendly, and most naturist and nudist groups are all about body positivity and living in harmony with nature. Who doesn’t love that?

Want to give it a shot? Pack your sunscreen and your manners, cos we’re taking you to 10 of our fave Aussie beaches for getting an all-over tan.

At low tide, climb over a few rocks and you’ll probably have this secluded little spot all to yourself. The waters are calm and the people are chill. Just try not to make any Big Banana jokes until after you leave… 🍌

Tucked away behind the army barracks, in one of Perth’s most posh suburbs, the wild waters of Swanbourne are just the thing for a bracing nudie dip. Keep your clothes on until you get past the yellow bins, then settle into the golden sands of an au naturel beach with a solid rep for being non-creepy. 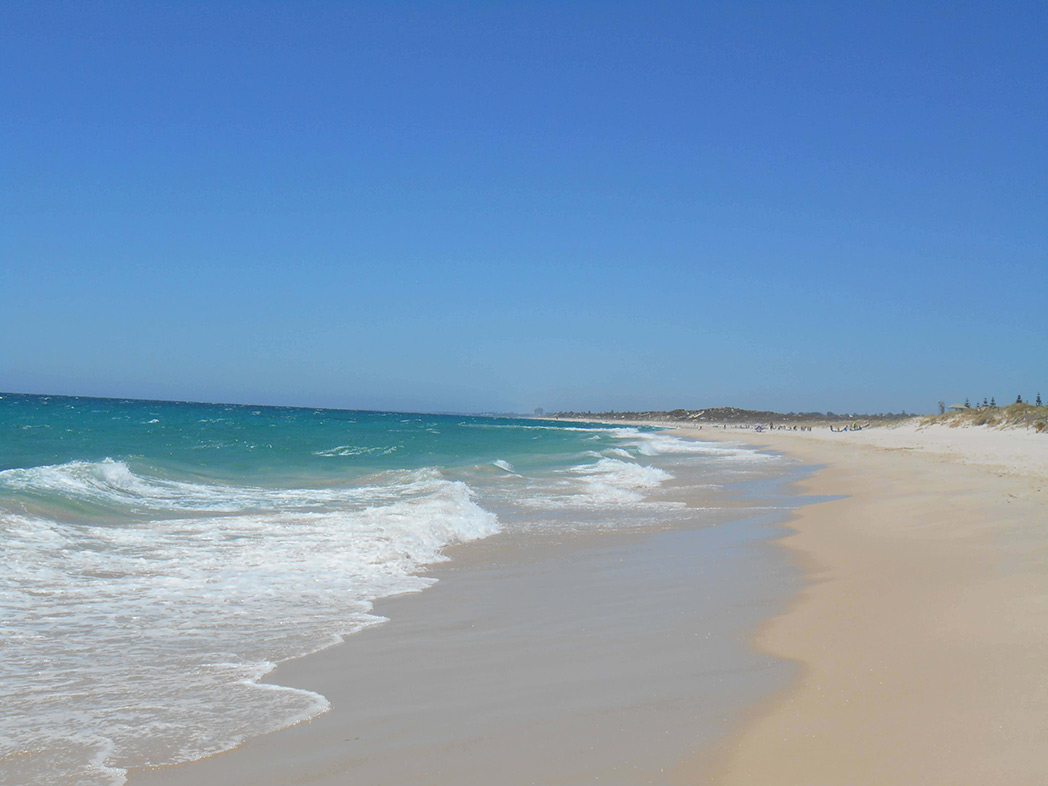 Swanbourne Beach. Head to the north end to nude it up 😉

Have you ever heard of a more appropriately (and lol-worthily) named naturist beach? Cobblers is chilled-out and family-friendly. If you’re a newbie nudie, why not take your first plunge at the annual Sydney Skinny Ocean Swim? Spectators aren’t welcome – it’s nude up or move along.

Get your history on (and your gear off) at Australia’s first official nude swimming spot – Maslin Beach, which was declared ‘unclad’ in 1975. Check out the annual Maslin Nude Games (renamed from the Nude Olympics after the actual games committee complained), held every January. It’s all good, clean, totally naked fun, with three-legged races and ‘best bum’ competitions. We’re there 😎 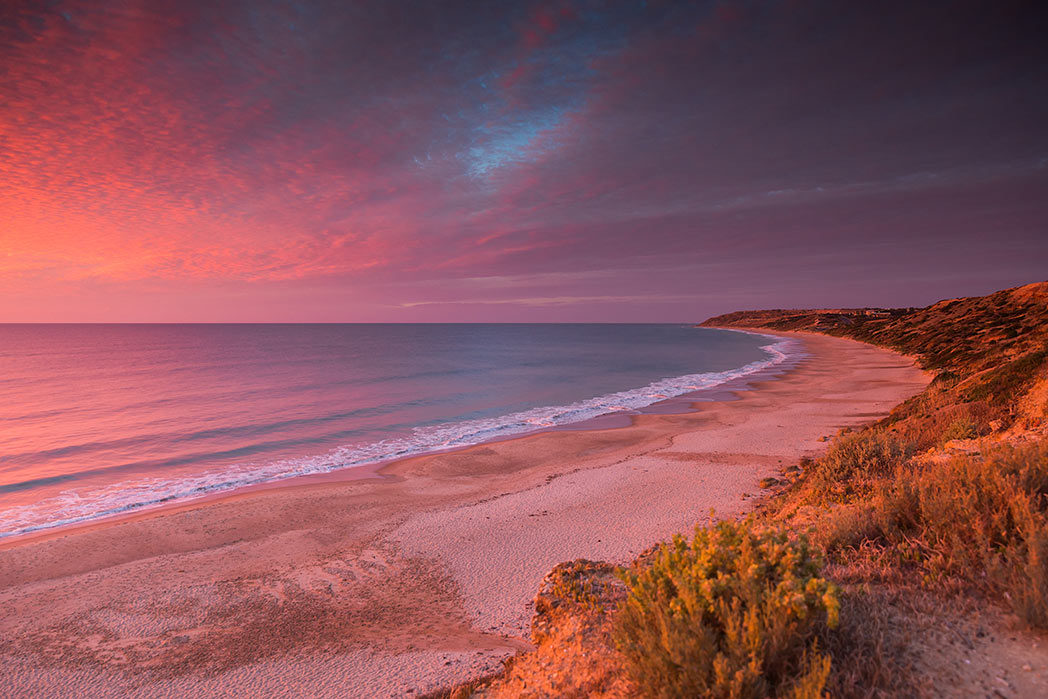 Surprisingly, the Aussie state most famous for beaches – i.e.: QLD – is the only one that doesn’t have an official nude beach. Maybe they’re all scared of the potential sunburn? Ouch! But Alexandria Bay is QLD’s most popular unofficial naturist beach. You’ll have to trek through Noosa National Park to get there, so make sure you wear some comfy walking gear (at least until you hit the beach). 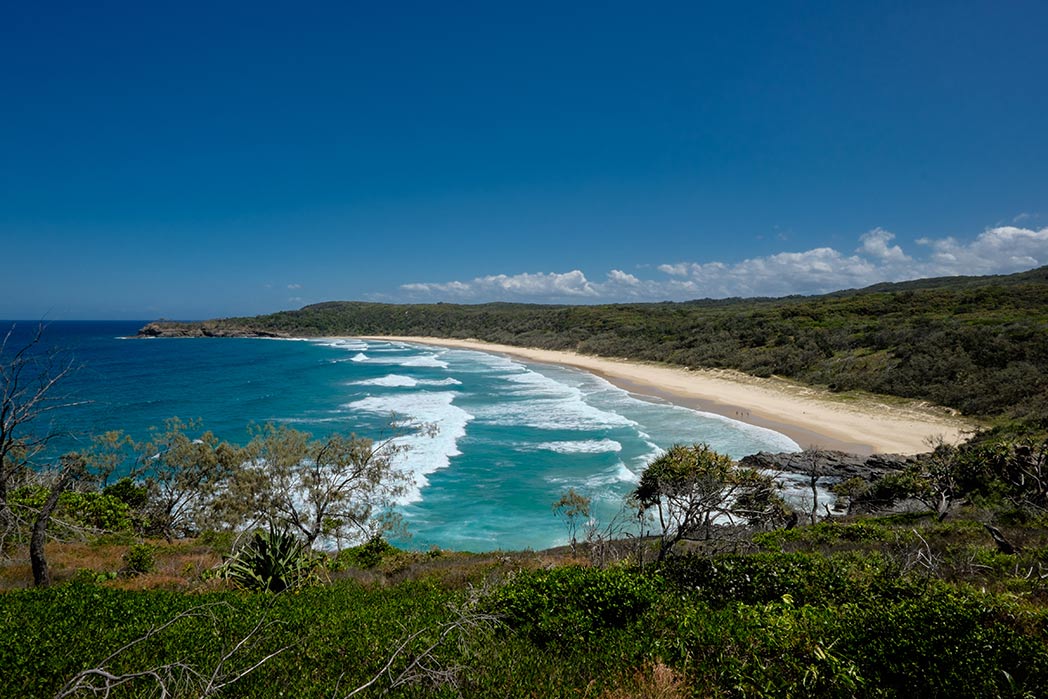 Be warned. The chilly waters along the Great Ocean Road might leave some feeling a little… less than their best. But it’s worth it to feel the Bass Strait waves work their relaxing magic. VIC also gets bonus points for the cuteness of their nude beach signs. If you see the family showing their naked butts, you’re good to fly your nudie flag.

A quick dip or sunbake is one thing, but if you want to go seriously next-level, nude camping is all the rage at Samurai (also called North One Mile) Beach. Regulars call this pristine spot a “textile-optional campground” and you’ll need a 4WD to get to there. Pro tip: Samurai has won some loyal fans, who go back year after year. It’s a great place to make friends and catch-up with nudie buddies, although if you’re a newbie you might want to learn more about the naturist community before you go.

Baker’s is a stunning little Apple Isle beach that seems to stretch on forever. It also comes with a dash of controversy. For years, a Tassie naturist group has been trying to have Baker’s declared the state’s first official nude beach, but they’ve facing stiff opposition (all puns intended). However, it’s still a fave with locals, who look for quiet spots down the south end of Seven Mile Beach to nude up. Just keep it on the DL 😉

A great one for newbie nudies who are feeling a bit shy. Head north from the area closest to the car park, towards the rock pools. There you’ll find heaps of friendly and supportive regulars and couples. Birdie Beach is perfect for a classic Aussie beach walk, sans clothing.  But shoes are NOT optional on the jagged rocks – eek! 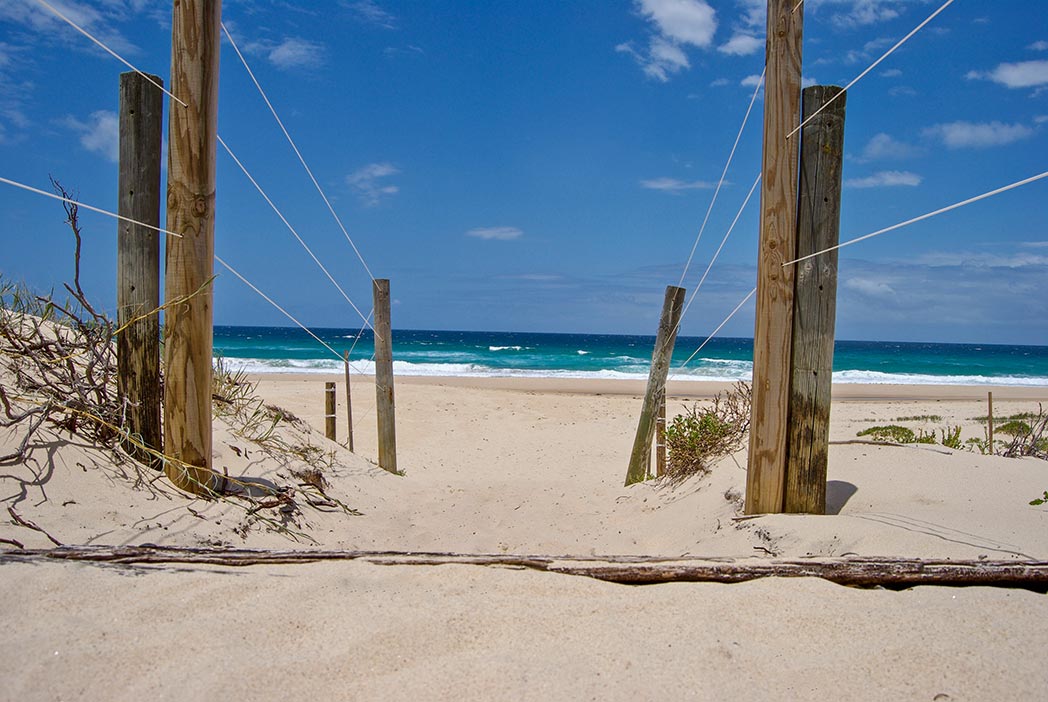 This one’s a bit of a trek, but we promise it’s worth the effort. You’ll need to catch a ferry from Townsville, and then there’s an hour’s walk to Balding Bay, where you can finally liberate yourself from your clothes. Balding Bay Beach is pretty secluded, so it’s perfect for those who like to nude up in private. Plus it’s absolutely gorgeous – just the spot to get back to nature. 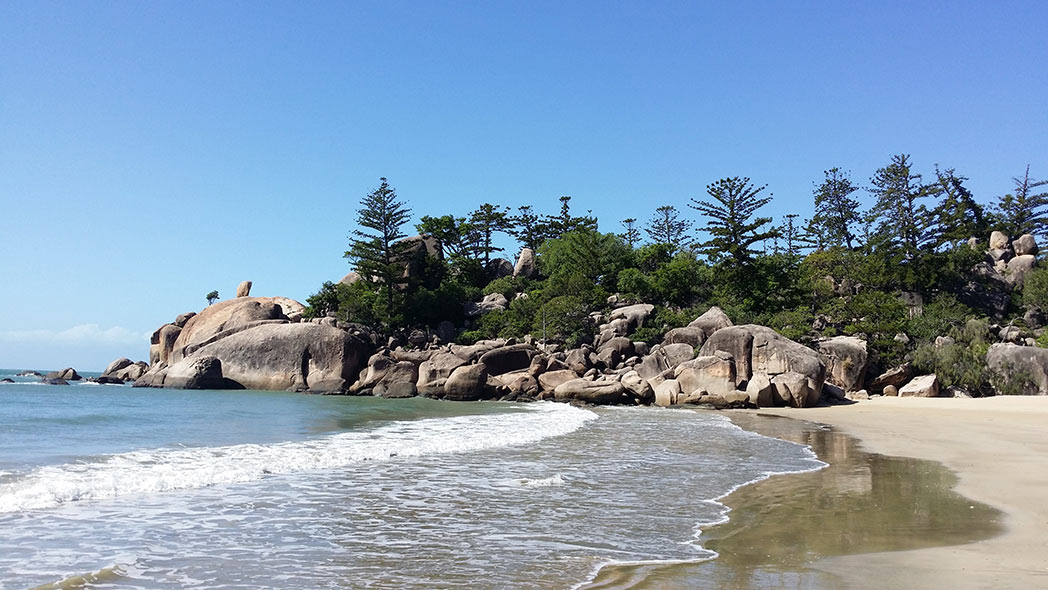 Get back to nature at Balding Bay Beach, QLD.

Plan your next getaway 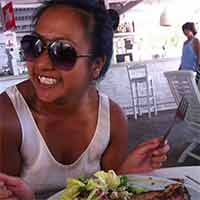 Born in Germany and snapped in family photos all over Europe since she was a baby, Chi’s mantra is to travel often. She alternates between chasing skylines with city lights in Tokyo, Berlin, New York, Hong Kong, and Toronto to basking in the sun on the Greek Islands, and in Honolulu, Phuket, and Aruba. Chi's holiday highlights include walking through the medieval town of Osnabruck (her hometown!), eating a homemade lunch with a local living off the Great Wall of China, relaxing in a private outdoor onsen in Hakone, eating allll the pasta, pizza and cannolis in Siderno, and seeing Stevie Wonder perform at the Austin F1.