Get into the swing of this years’ Adelaide Cabaret Festival with our South Australian blogger Q.

The Adelaide Cabaret Festival, hosted by artistic director David Campbell (well known for his musical roles including the lead of Johnny O’Keefe in the musical Shout!) and his associate producer wife Lisa Campbell, has become increasingly popular in recent years and is currently labelled as the largest cabaret festival in the world, featuring 50 international artists and over 200 home-grown talents. Cabaret to me means all kinds of jazz, political satire, comedy, burlesque, intimate surroundings, famed vocalists, big band ensembles, pretty crooners and agile movers, so I lined up a few shows to see what all the fuss was about.

The first show we attended was aptly entitled ‘Gobsmacked!’ and featured a sextet performing all of their music instrument free, relying on their mouths alone. The initially hesitant audience were quickly seduced into action by the pretty-boy harmonising music making ensemble. 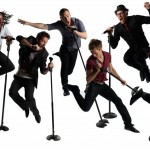 ‘The Magnets’, a highly entertaining melody making tour-de-force, had me riveted. Highlights of their show included Fraser Colins’s throbbing bassist ministrations and the vocal acrobatics of Andy Frost who took on all six parts of a single track emulating a mixing desk, with astoundingly real functionality. Their versions of everyone from Jimi Hendrix to Lady Gaga were feasts for the senses including gyrating rhythmic choreography, fantastic musical direction and amusing audience interaction. They definitely set the tone for the festival and whetted our appetites for more.

Daniel Boys, (direct from London’s West End), stepped down the pace a notch with his smooth ballads. It might sound sickly sweet to say he has a voice like honey and even a little sticky to say he has an on stage personality to match, but, you really do feel like Daniel has invited you into his lounge room and is performing just for you. He definitely has the intimacy of cabaret performing down pat.

He introduced each song with an almost shy tale about its significance to him. The crooning was flawless and his personal anecdotes added so much emotional depth, that I was driven to tears relating personally to one of his songs. Another attendee I chatted to a few days later experienced the same thing connecting with another of his tunes. Boys’s talent connecting his audience to his music means he should definitely be added to your list of shows to attend. 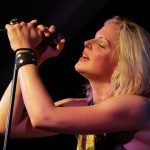 Just when we got into the cabaret groove, we went to see Storm Large’s show ‘Crazy Enough’; she definitely slapped her audience in the face (in the best possible way). Large immediately swept away the audience with her voice and music. She dragged them laughing across lines of polite conversation to dark places then back again to over-the-top hilarity.

Her version of ‘Hopelessly Devoted to You’ by the festival headliner Olivia Newton John, was superb and the closing number ‘Eight Miles Wide’ had me singing the chorus for days. This rollercoaster ride of dark comedic banter and in your face alternative music is a must see if you ever get the chance.

The festival gave me an opportunity to snort at usually inappropriate humour, sing along to old favourites and to open my heart, ears and mind to new music, new opinions and new avenues of entertainment. With the talented Campbell couple handing over the reins to Kate Ceberano for next years’ festival, this is one event that is planted firmly in my diary for 2012.