A food and culture adventure in Aveyron, France

For ten years, my grandparents have owned a house in St Geniez d’Olt, in the Aveyron region of Southern France. It wasn’t until they were selling that I realised that I needed to make a visit quickly before I missed out altogether.

So before it was too late, I boarded a plane from Australia (a 30+ hour flight!), and I am super grateful that I did. 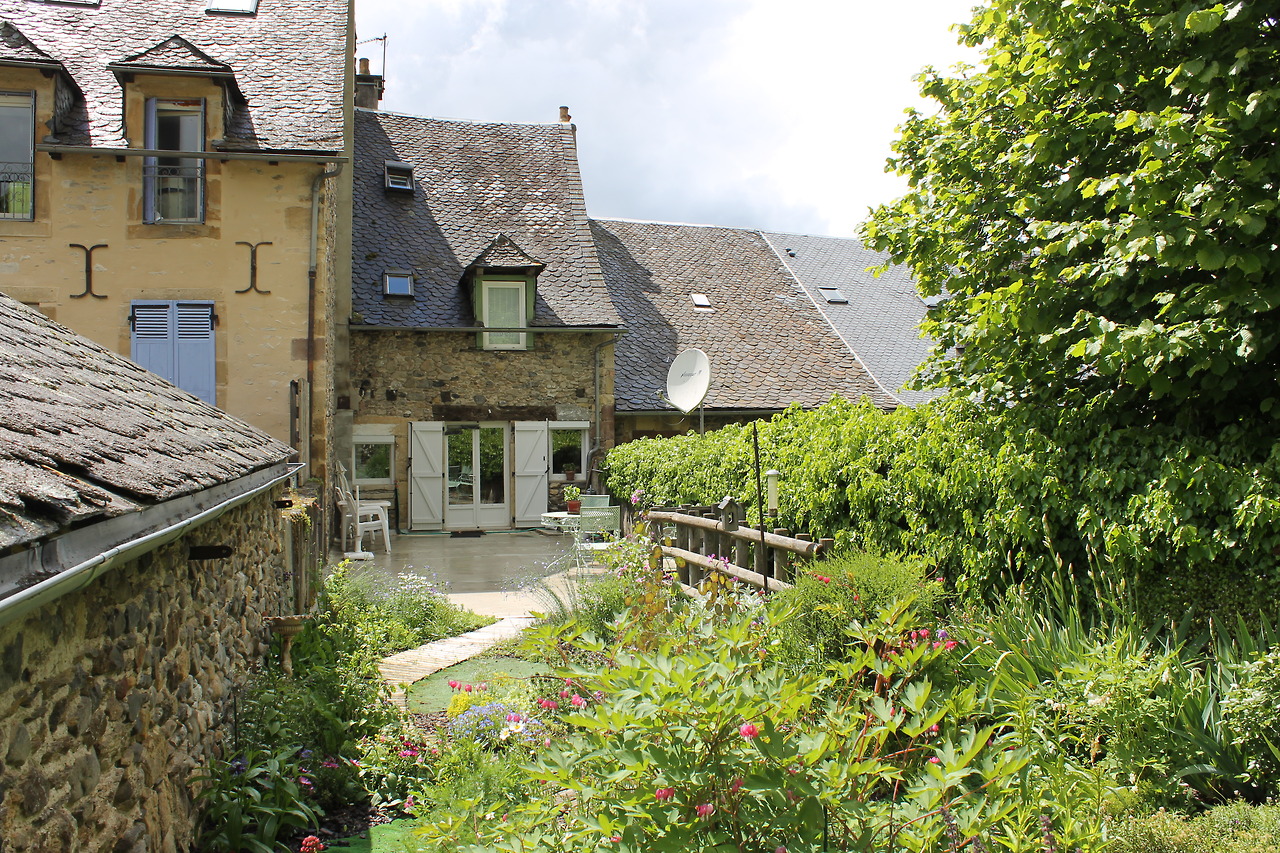 This is my grandparent’s townhouse. I took this picture from the back garden that my grandmother passionately looks after. The house fronts onto the town village and backs onto a quiet road with views of the neighbouring hills. They are dotted with small stone cottages, domestic farm animals and winding roads.

St Geniez d’Olt is one of the many beautiful and historic villages in the Aveyron region and has a population of just over 2000. The village is broken up by the River Lot and in the summer months when the snow from the mountains begin to melt and the river begins to flow, so does the village population. It’s when tourists and summer home owners return to experience the beauty of summer in the region.

I finally arrive in St Geniez late at night, so I’m unable to see beyond the black curtain outside my window en route to my grandparents’ home. And in the morning, the sound of cowbells, cattle noises and the stern voices of farmers wake me, so I make my way to the village square, where an event called ‘the transhumance’ is underway. 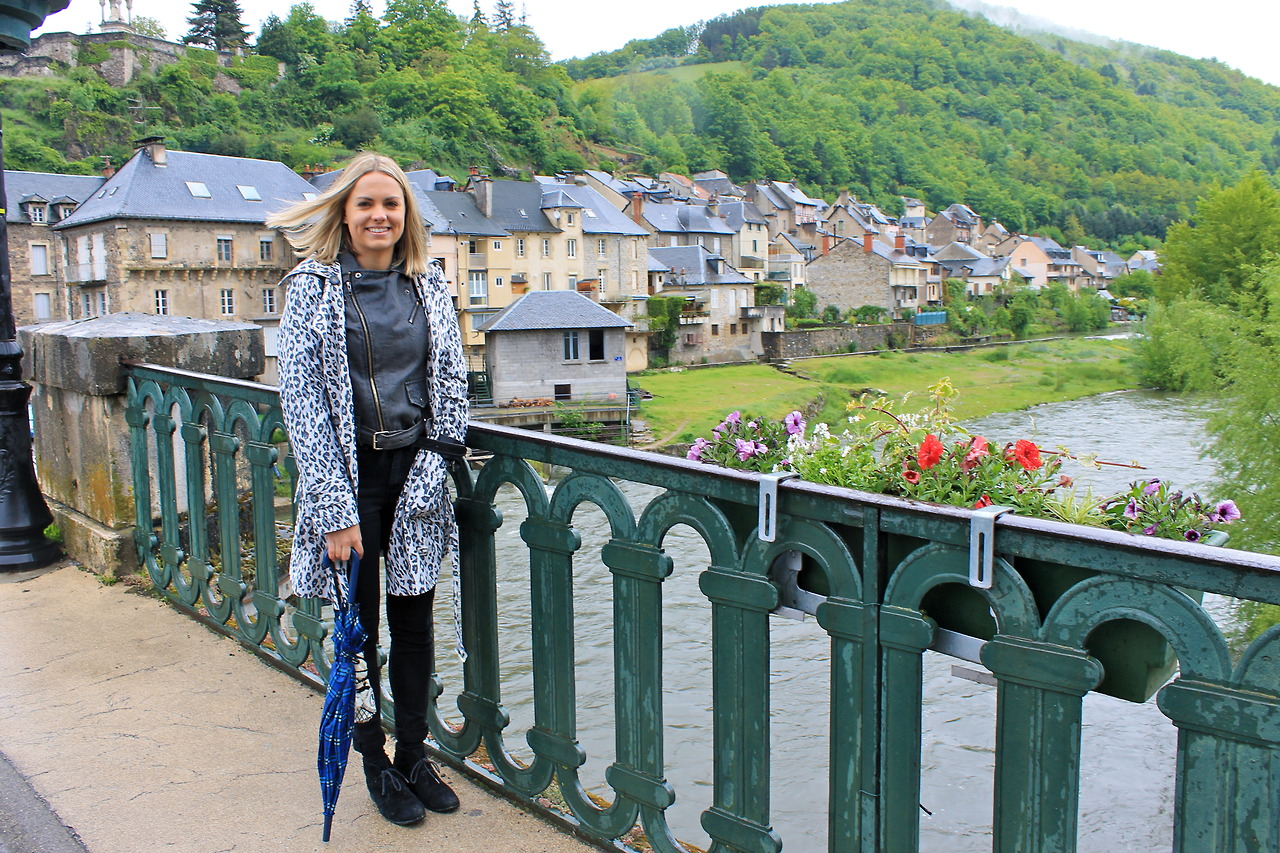 Walking into town is chilly! Even though it’s spring, the weather is unseasonably cold and I have to layer up.

The transhumance is a traditional practice at the start of spring, where cattle are lead from the bottom of the mountain to the top. Here they spend the warmer months grazing on the rolling green pastures. It’s spectacular to watch. 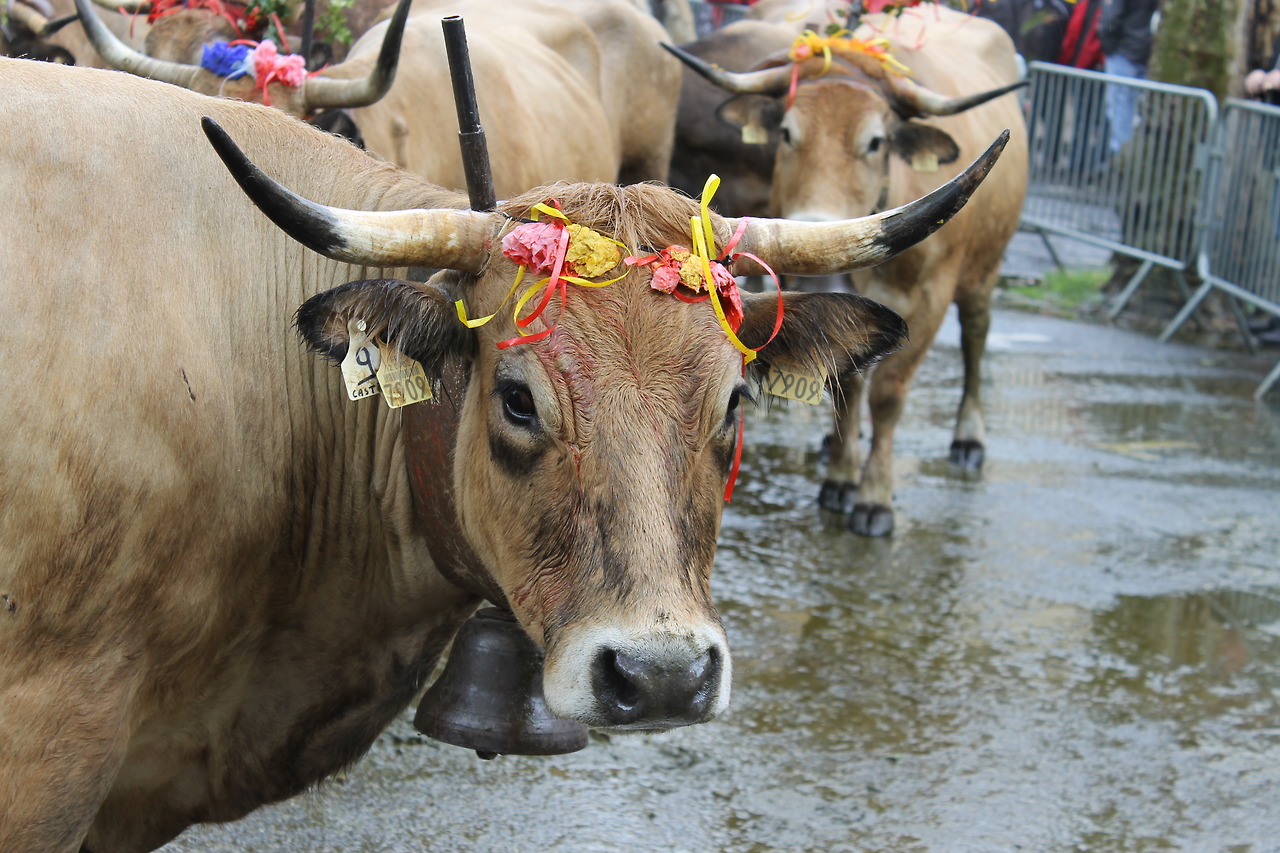 They wear decorations and bells and are lead by their farmers to the top of the mountain where they spend the warmer months.

In the ancient cloisters of the town square, the local market is also in full swing, selling food from the region. 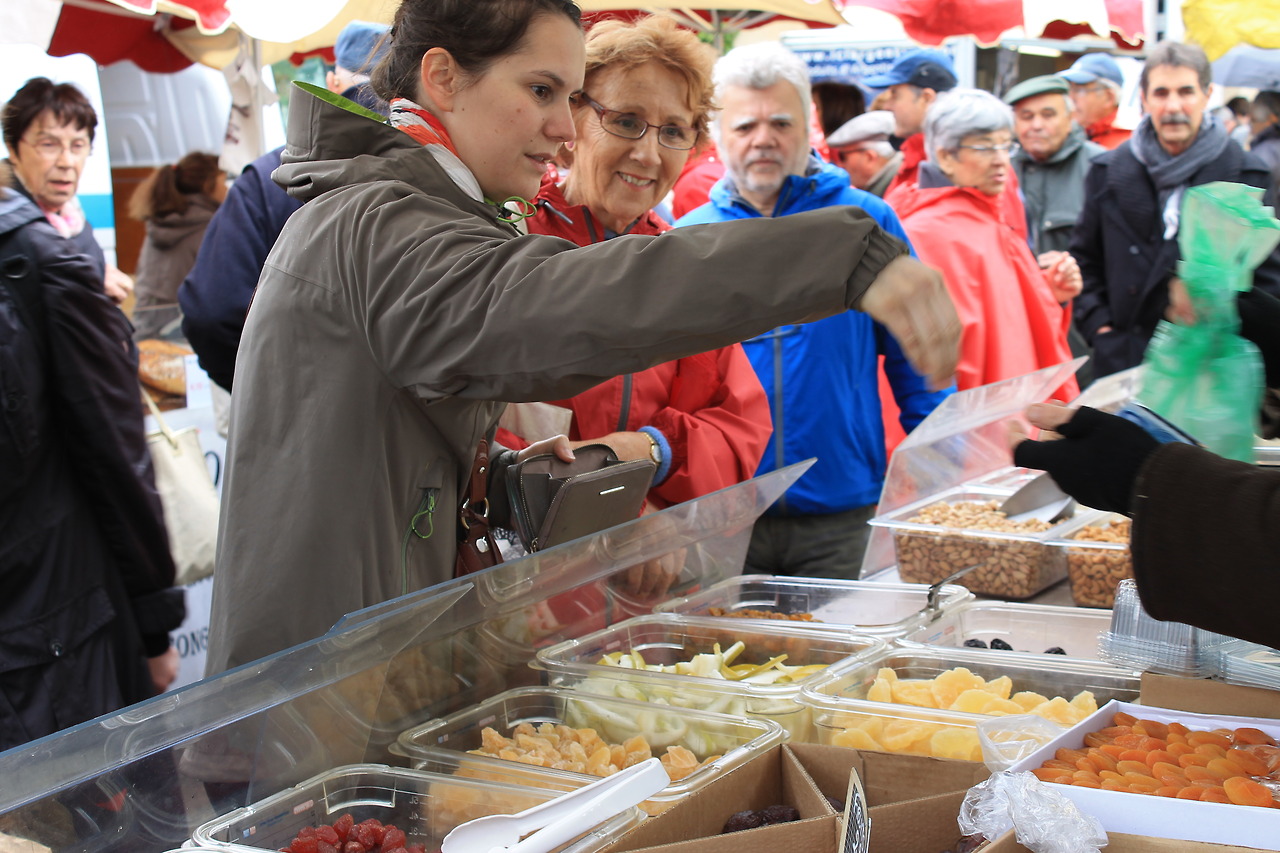 People purchase an array of food at the market such as cheese, plants and, as seen in this picture, dried fruits and nuts.

Everything from aligot and facou to an array of locally produced cheeses and cured meats are available to sample and purchase. 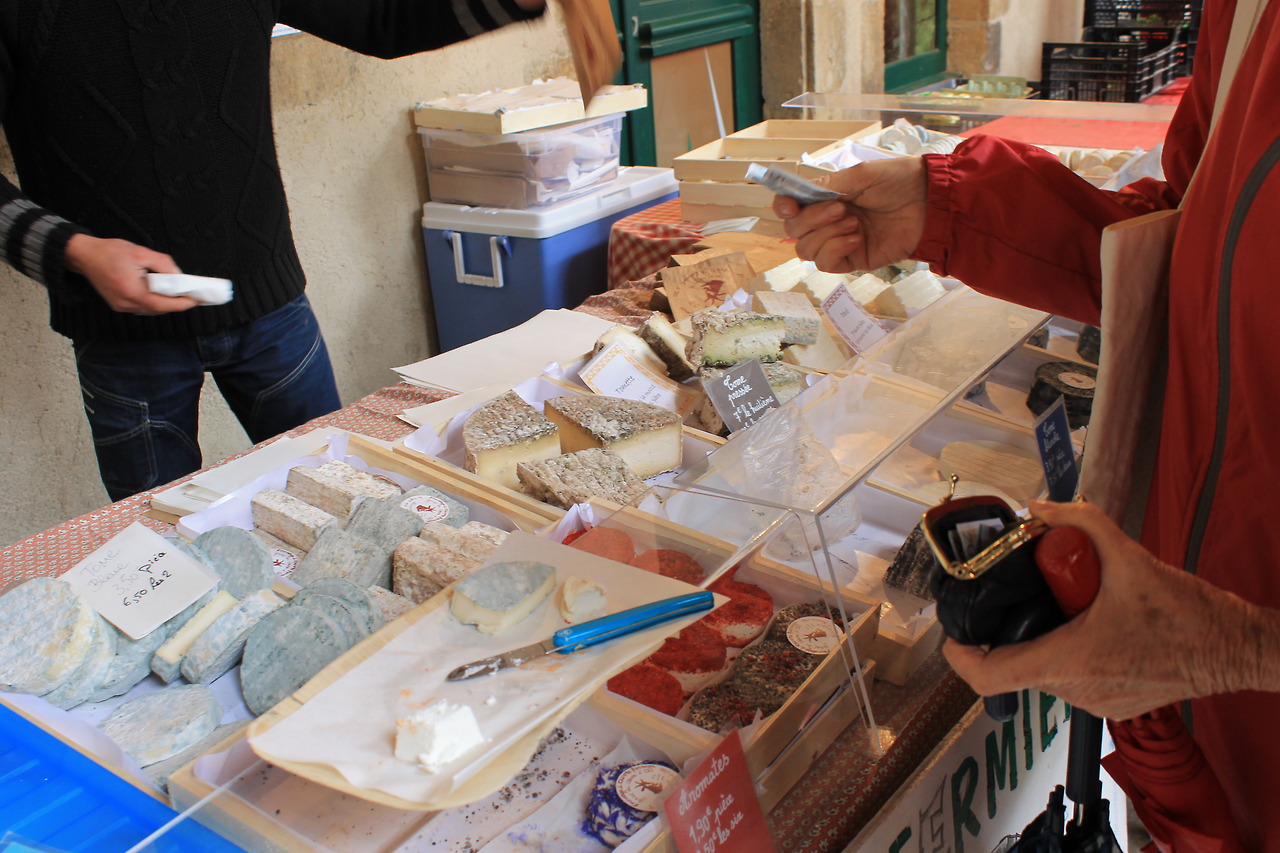 Next, I head to Aubrac, a town in the southern Massif Central of France and less than an hour from St Geniez d’Olt. In the summer, cattle are moved here to feed on vibrant green pastures that are now exposed after spending winter covered in snow. As it is Spring, there’s still a chill in the air and the mountains are still patchy with the final snow of winter. 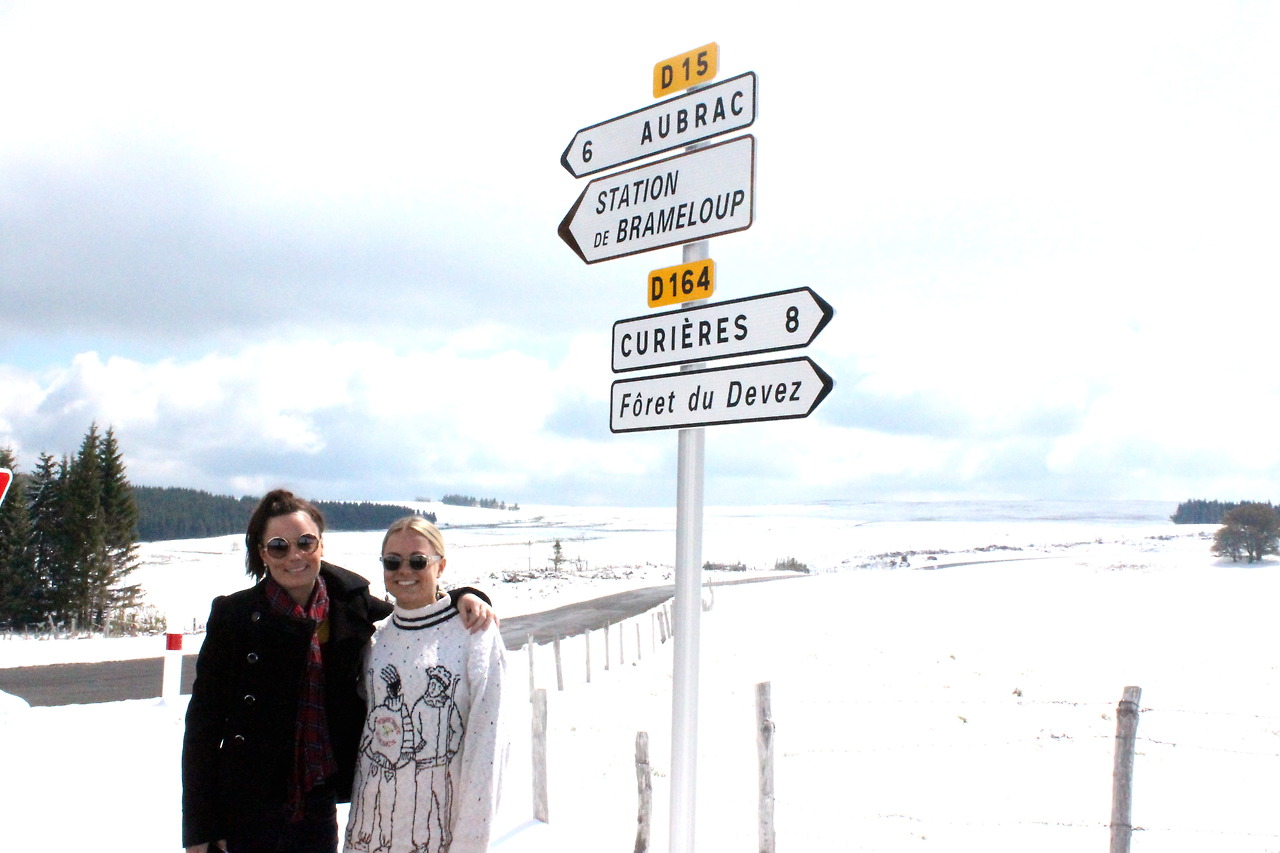 My sister and I at the Aubrac. It’s actually the first time she’s seen snow. The sun shining brightly down reflecting off the icy snow made it even more special  .

We decide on lunch at a restaurant popular with the locals where they serve Aligot. This is a delicious dish traditionally made in L’Aubrac from melted cheese blended into mashed potatoes, often with garlic. Yum!

The meal is brought to our table, and the serving is quite theatrical and requires two people to serve! One holds the giant pot it is cooked in, and the other cuts off portions with scissors. Quite possibly one of the most decadent and delicious meals I have ever eaten.

Aligot is being served by the restaurant owners. It’s a very rich and and VERY delicious dish.

During our meal we are lucky enough to witness a group of farmers and their cattle walk by on the final leg of the transhumance. I open the window beside the table which starts a chain reaction of overwhelming sensorial events: the cool air entering the room, the view of snow-capped mountains, devoted farmers herding cattle, a plate of delicate cheese and potatoes… All this transcends into an incredible feeling of connection to the land, region, people and their practices. 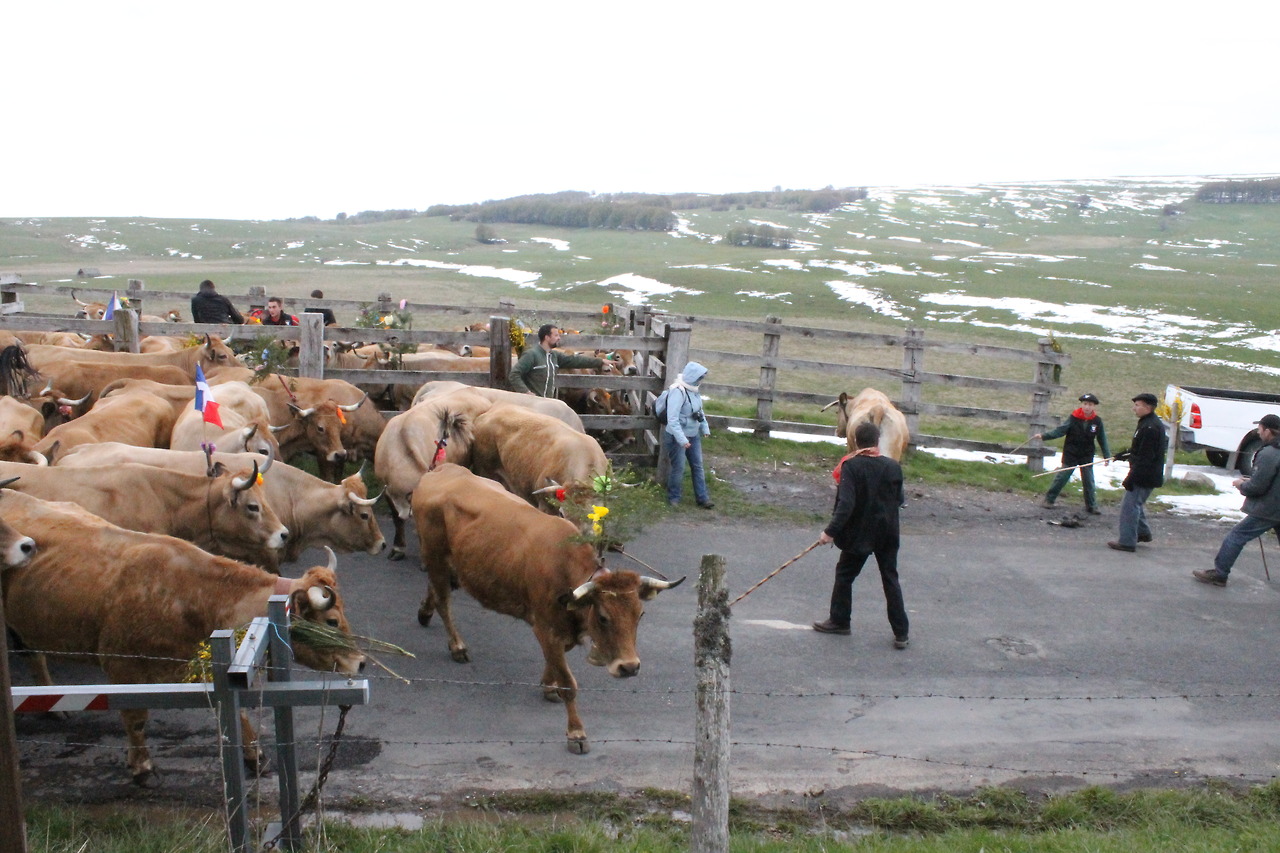 Cows pass the restaurant on the final leg of the transhumance. They’ve reached the top of the mountain for the summer.

Travelling and staying in St. Geniez d’Olt and the surrounding villages of the Aveyron region provides a rich insight into the culture and how the traditions of the land live on. The way fine food is produced from local produce using ancestral techniques is a refreshing and welcome change to the way I treat food at home. 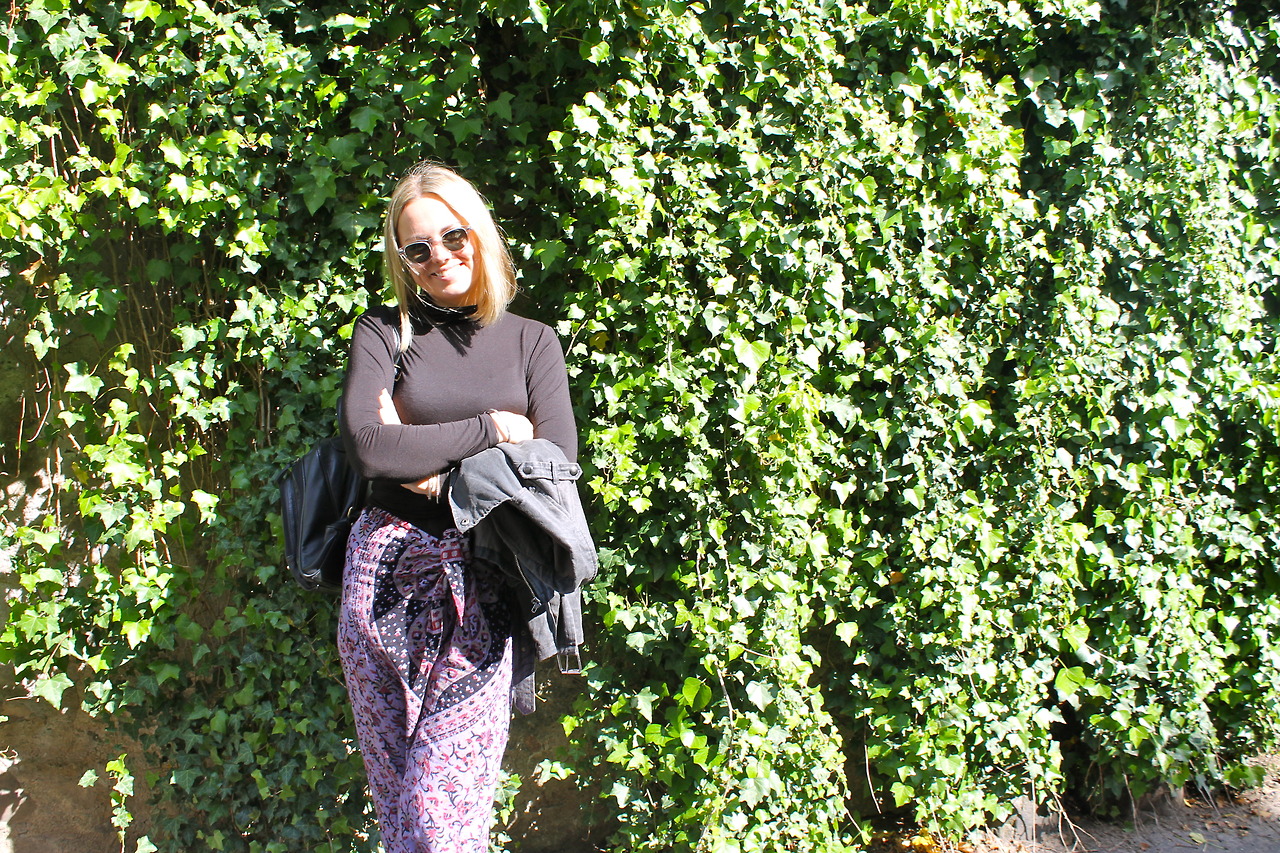 The warmth and friendliness of the locals, picturesque scenery, ancient architecture, crystal clear rivers, glorious food and traditional practices make a trip to St Geniez d’Olt and the Aveyron region an amazing experience. And one thing’s for sure, this region of France should be on everyone’s travel list. 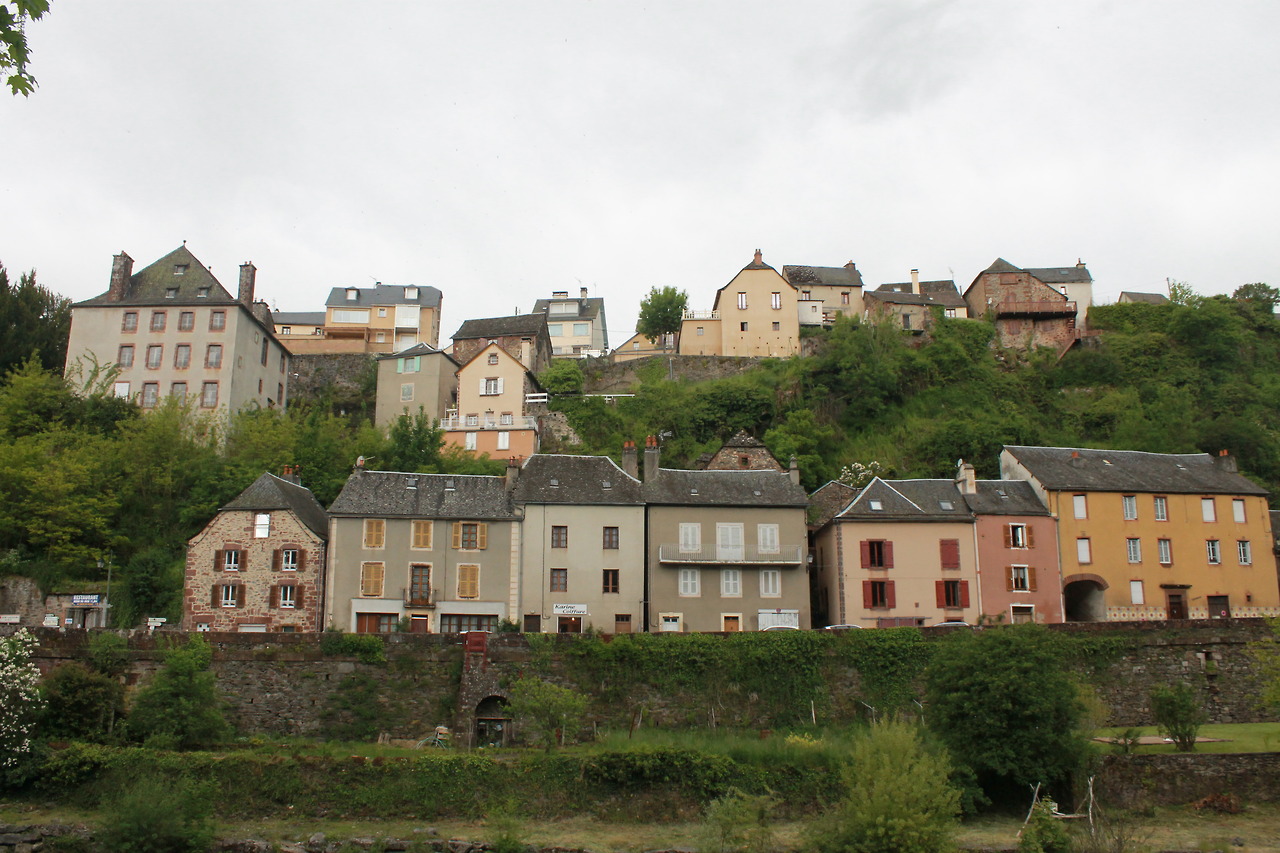 Where’s your favourite destination? Leave your comments below.