A Berlin stay for work and play!

Schedule: arrive Wednesday evening with two days of hectic business appointments followed by a weekend of exciting exploration!After living and working at the lastminute.com.au London office for the last six months, Berlin is my first work trip (with a weekend of leisure thrown in there too, of course). 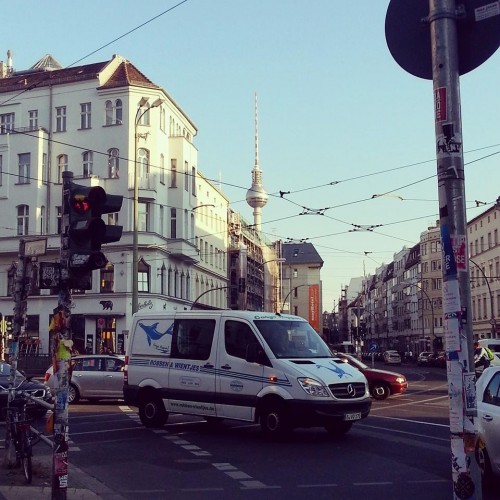 To get an authentic experience of any major city in a foreign country, I think it’s crucial to travel on the public transport system. Berlin has a great metro system which covers most places either via their U-bahn (‘underground’) or S-bahn (‘overground’) and anywhere else is accessible via their bus network. It can be challenging to get around initially, but trust me, if you have a day packed with meetings and need to get somewhere – you’ll learn fast! Let’s skip the business appointments and jump forward to the exciting part of the trip – EXPLORING! Thank the stars I have a friend living in Berlin who can show me around. 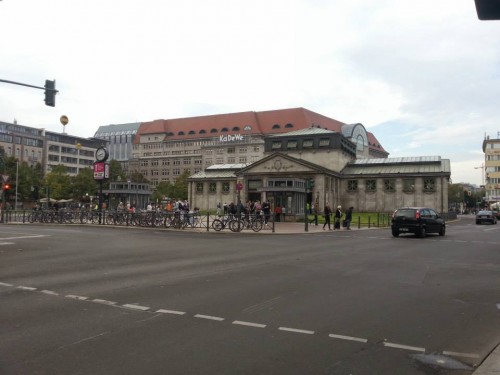 Friday afternoon, I finish my last appointment right near KaDeWe, so it’s time to shop and eat. I indulge in a curry wurst, a common Berlin snack – don’t question it, just try it. 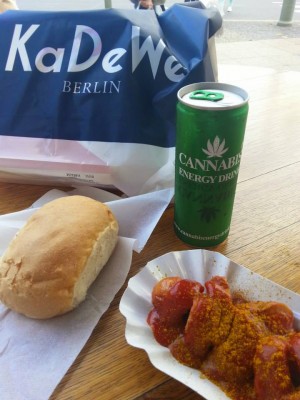 Next up: Kreuzberg. It’s the funky, hipster part of Berlin. We start off with drinks and dinner at White Trash Fast Food – yes I know it doesn’t sound glamorous and the food isn’t necessarily ‘German’, but you do enter the venue through an old bus and it’s one of the cool places to be ‘seen’. 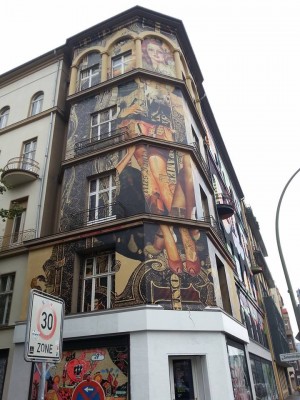 We follow up dinner with some more drinks (and possibly a boogie) at the nearby Club der Visionaere, which has with great music, cheap drinks and a deck right over one of the canals off the Spree (Berlin’s River). We’re getting up early to make the most of our day (*cough*), so we decide to call it a night…ok, maybe after the next one. 😉
Rolling out of bed and to my nearest caffeine fix is compulsory in the morning and my fave spot has to be Romeo und Romeo in Schöneberg – they know how to make a coffee!

There are so many sights in Berlin, and I start my day at the TV Tower in Alexander Platz, the hub of the city. Unfortunately it’s quite a hazy day so there’s not much of a view, but it’s a must do if you get a good day (tip: go early in the day to beat the crowds). 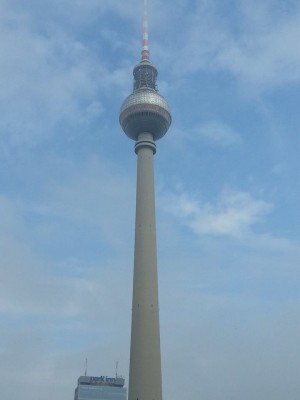 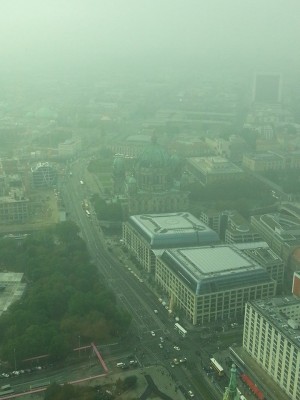 I stroll onto Museum Island where you’ll find a bunch of…museums and the Berlin Dome. 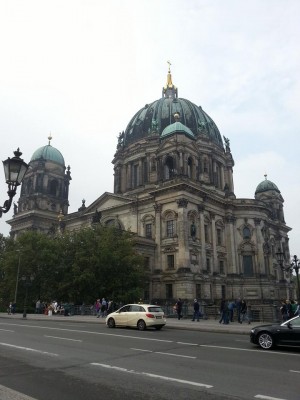 Next it’s time to hire a bike – yes you heard it right, a bike (you know, the ones you pedal)! It’s the best way to get around and I highly recommend it. We meet at the Brandenburg Gate, which is the most iconic of all Berlin attractions. Tip: there are multiple options for bike hire in Berlin and they’re usually around €12-€15 for 24 hours. 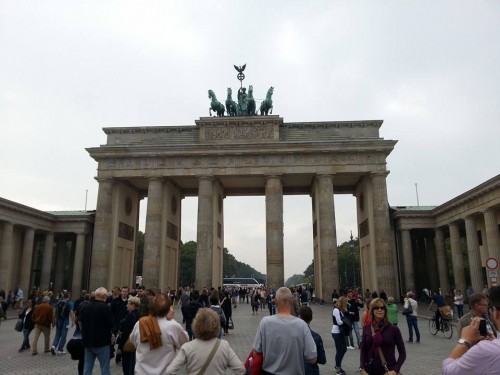 It takes me a while to get the hang of riding on the wrong side of the road, but we eventually head off to meet up with the remnants of the Berlin Wall at the Berlin Wall Memorial. 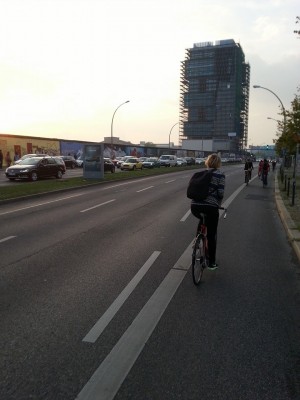 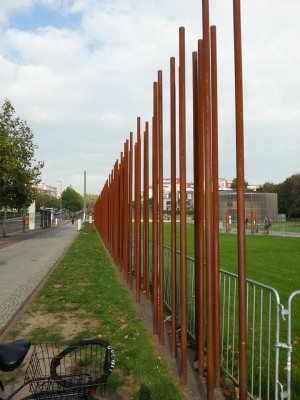 It’s a bit of a La Dolce Vita moment as we cycle onto Karl-Marx-Allee with its beautiful greenery and amazing buildings – time for a coffee stop you say, yes! 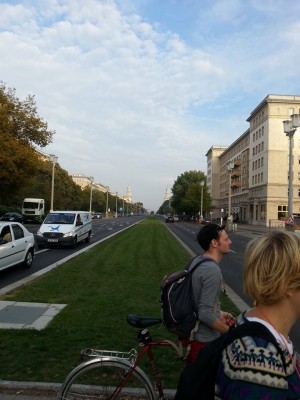 Next up, we push on to East Side Gallery – the longest remaining length of the wall that’s left standing and is full of amazing artwork. We make a quick pit stop for an early dinner with some bier at Scheers Schnitzel and then back to Brandenburg Gate to drop off the bikes.
A bit of a relax followed by some dancing at another Berlin discotheque leaves me in poor form for my flight back to London, but it was worth every minute!
Auf Wiedersehen for now Berlin, in the words of a celebrity with a German accent, who’s actually Austrian – I’ll be back!

Have you been to Berlin? Let’s hear your #traveltips in the comments.

Flights to Berlin
All Berlin Hotels 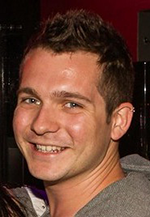